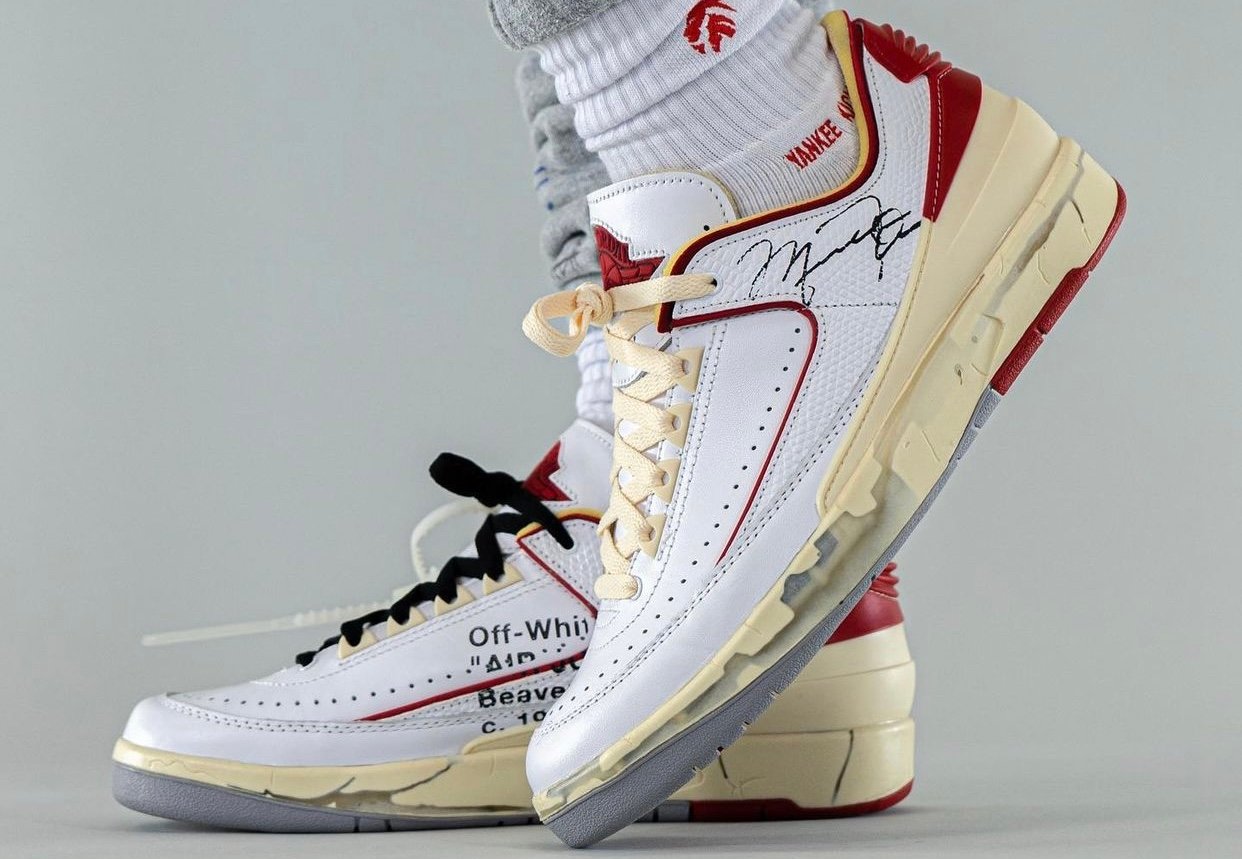 Virgil Abloh and his brand Off-White will continue to collaborate with Jordan Brand. We saw two colorways of the Air Jordan 5 launch and a women’s Air Jordan 4, and now we have the Off-White x Air Jordan 2 Low that will debut during the Fall season.

This Off-White x Air Jordan 2 comes dressed in a White, Sail, Red, and Grey color combination. Inspiration for this model comes with OG pairs. What we can confirm is that the pair will feature a White, Red, and Black color option, like the OG Air Jordan 2.

Furthermore, the midsole will come with an aged look and features a design that makes the midsole appear cracked. While it’s rare to see an original Air Jordan 2 pop-up on auction sites, most of the time, they feature a cracked sole. Some of the other highlights include Off-White branding, ‘SHOELACES’ written on the laces, and an exposed foam tongue and liner. Finally, Michael Jordan’s signature lands on the lateral side, and Off-White branding adorns the medial.

You can expect the Off-White x Air Jordan 2 Low to release at select retailers and Nike.com on September 23rd. Once we have more information, we will make sure to update you. For now, check out the mock-up below.

Update 7/17: We now have on-feet photos of the Off-White x Air Jordan 2 Low ‘White/Red’ via yankeekicks. 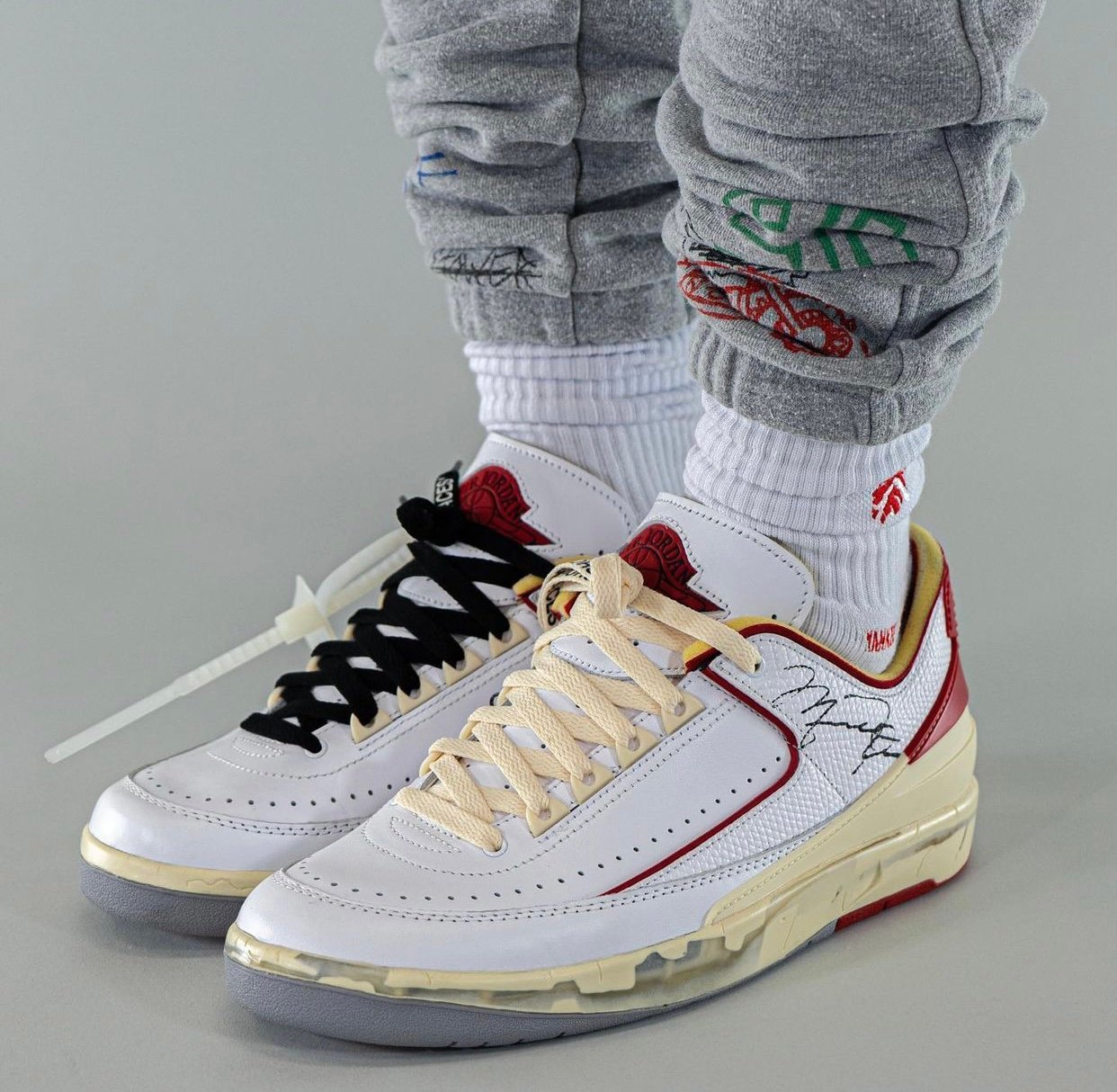 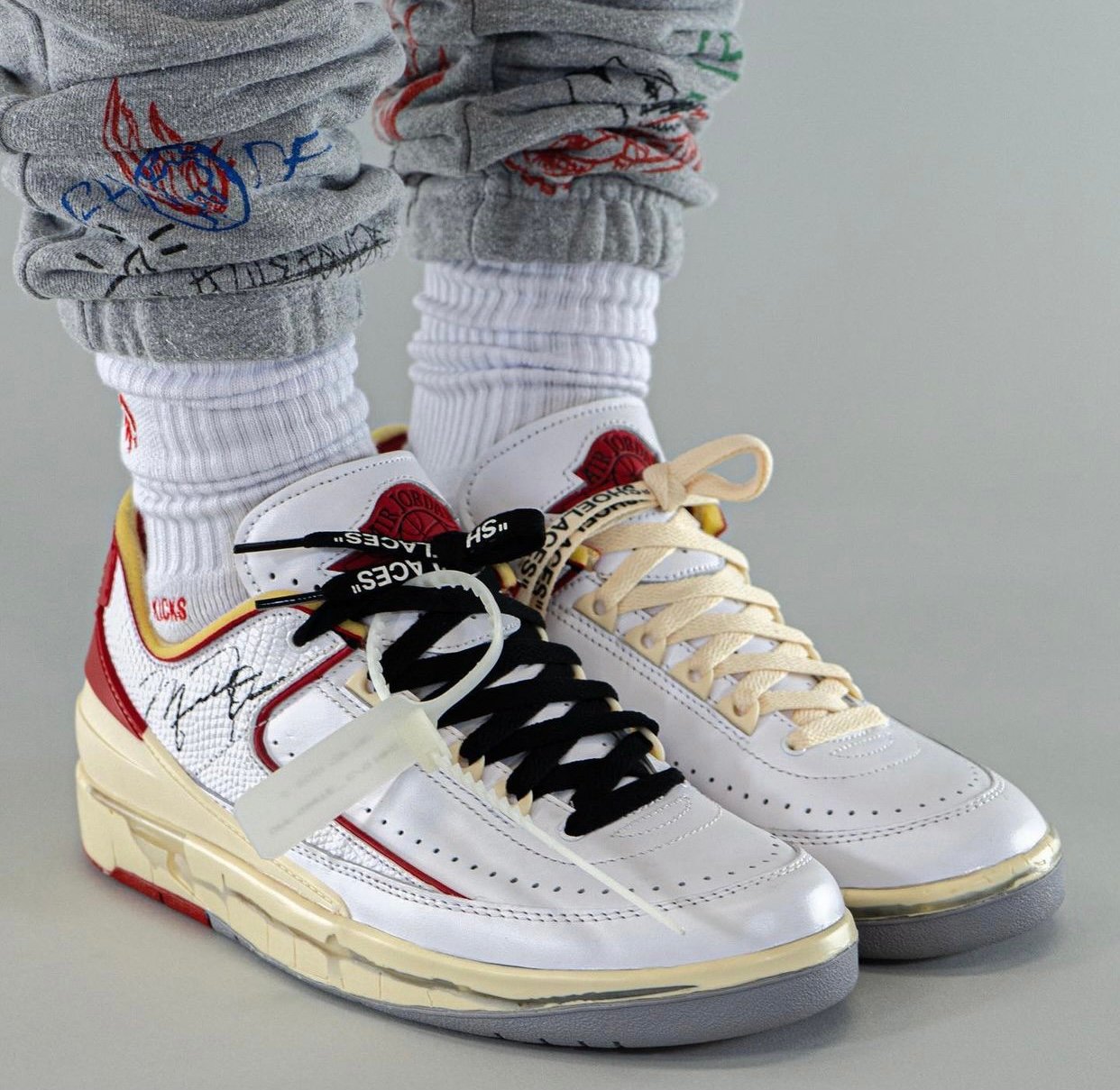 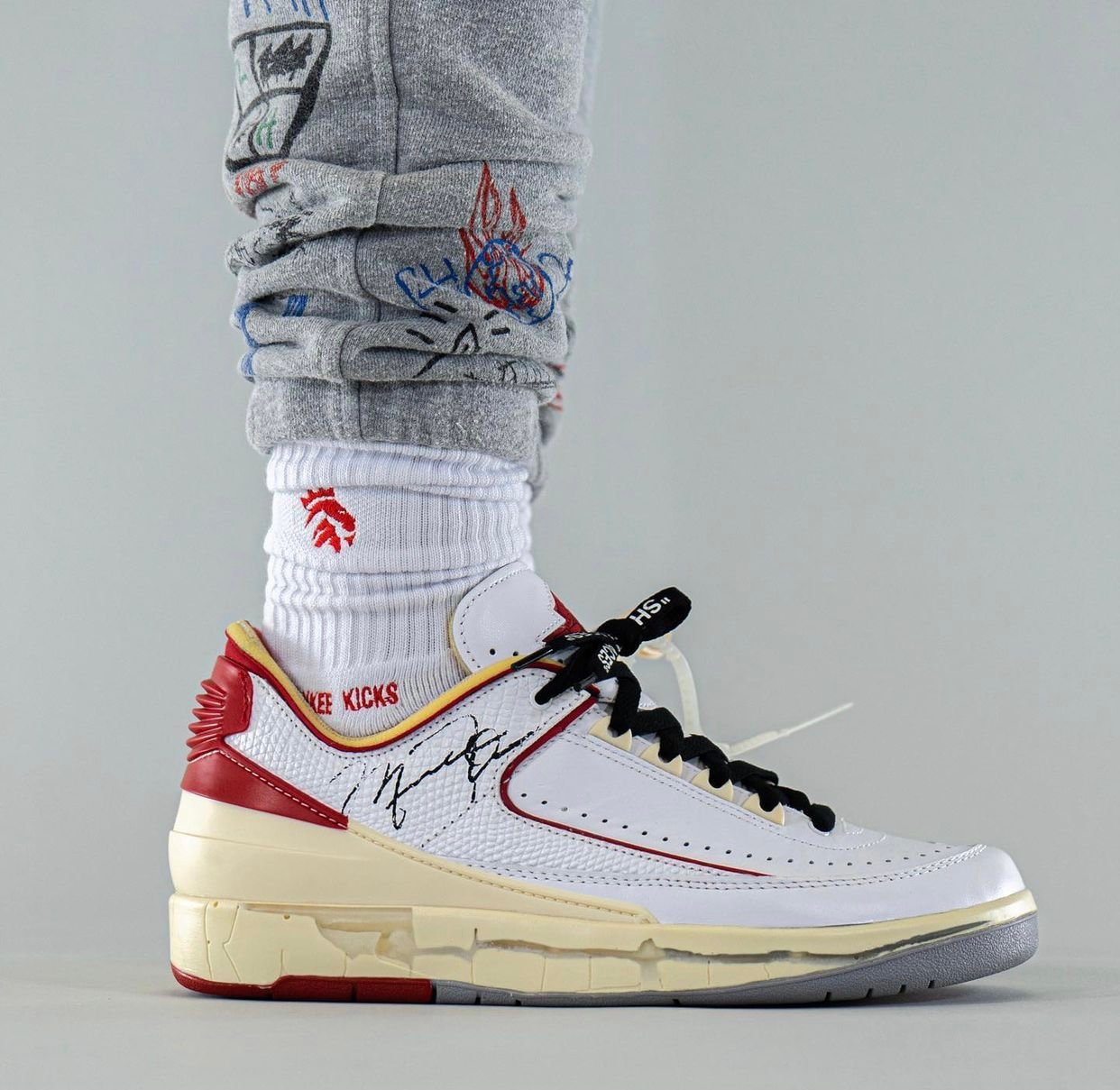 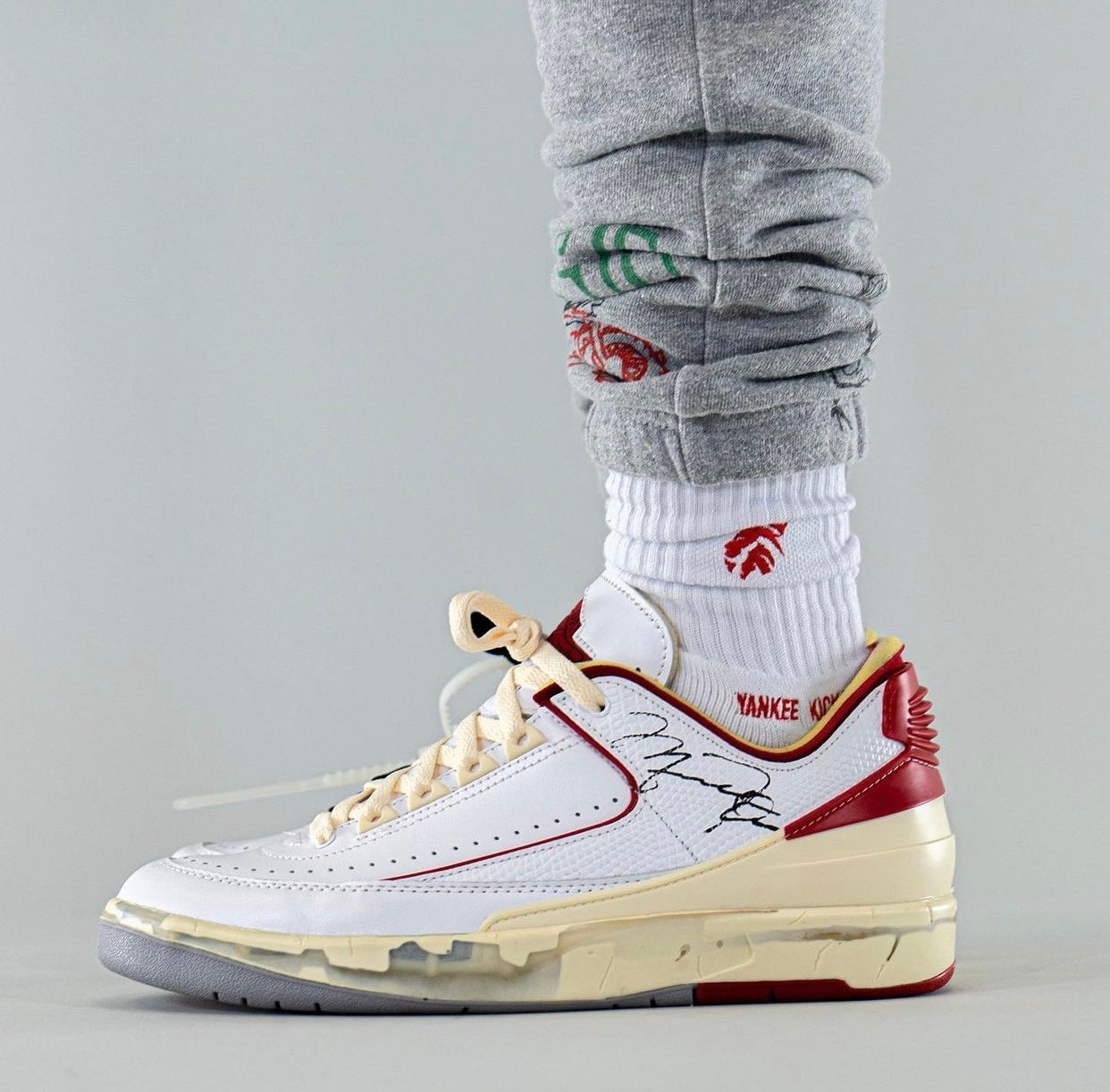 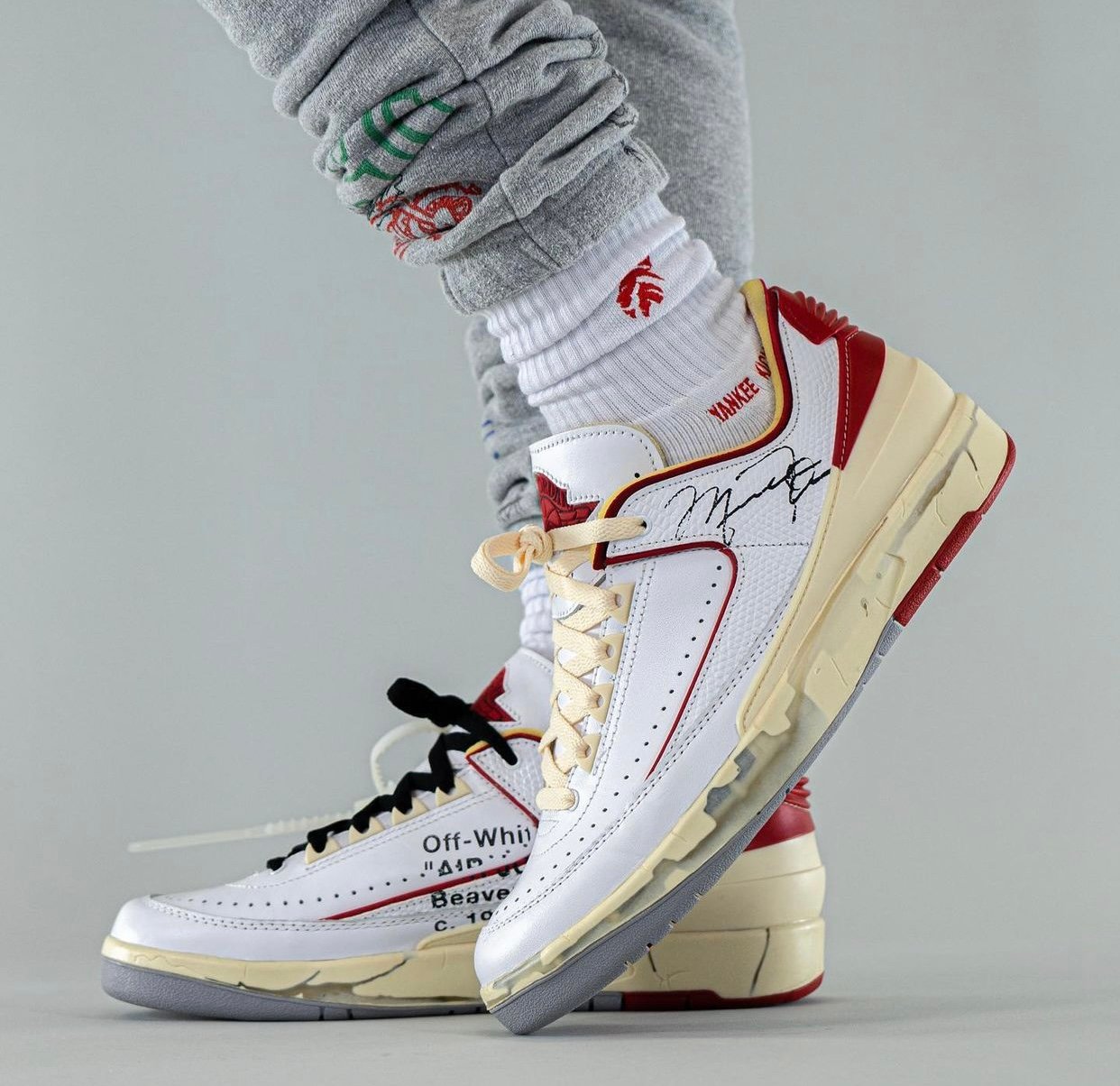 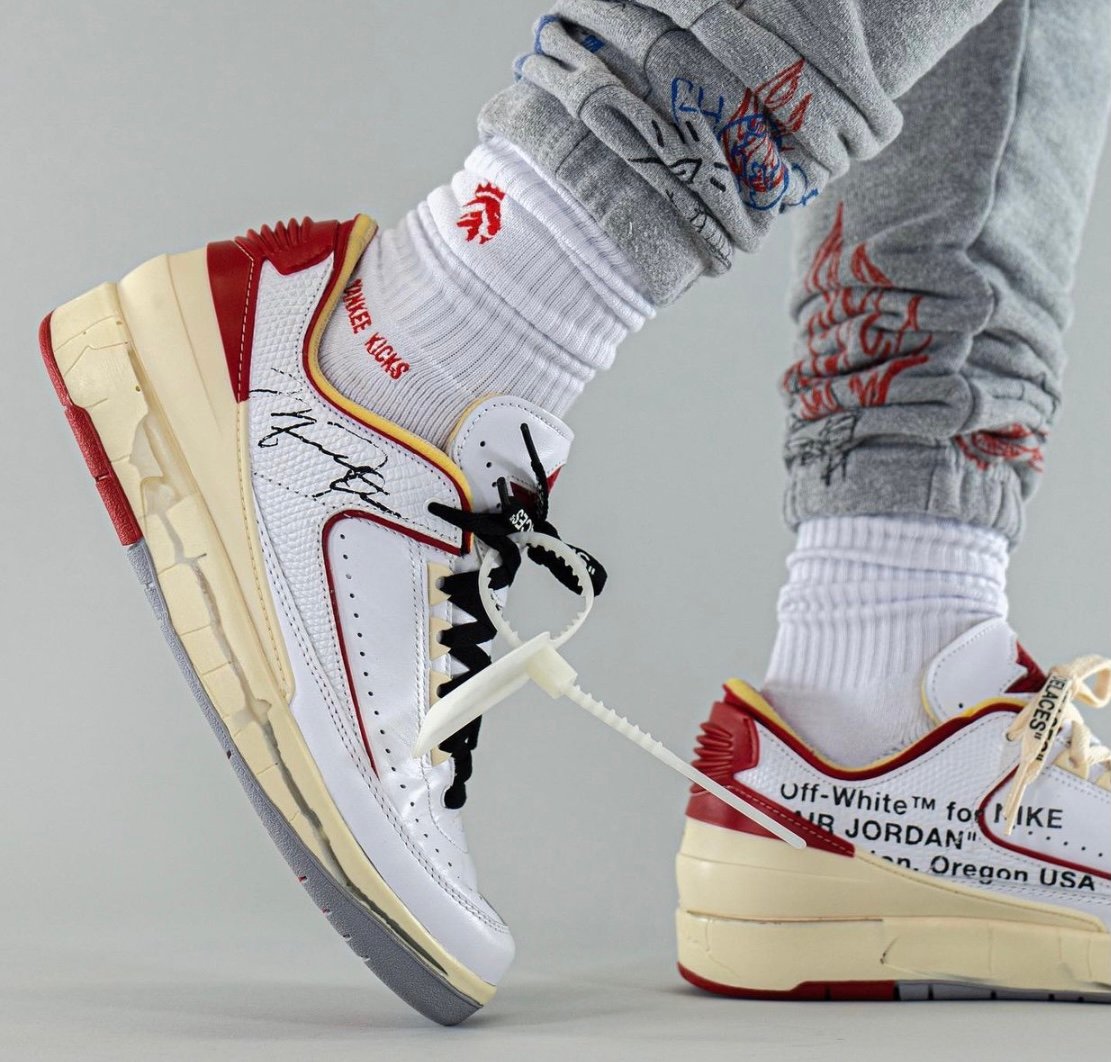 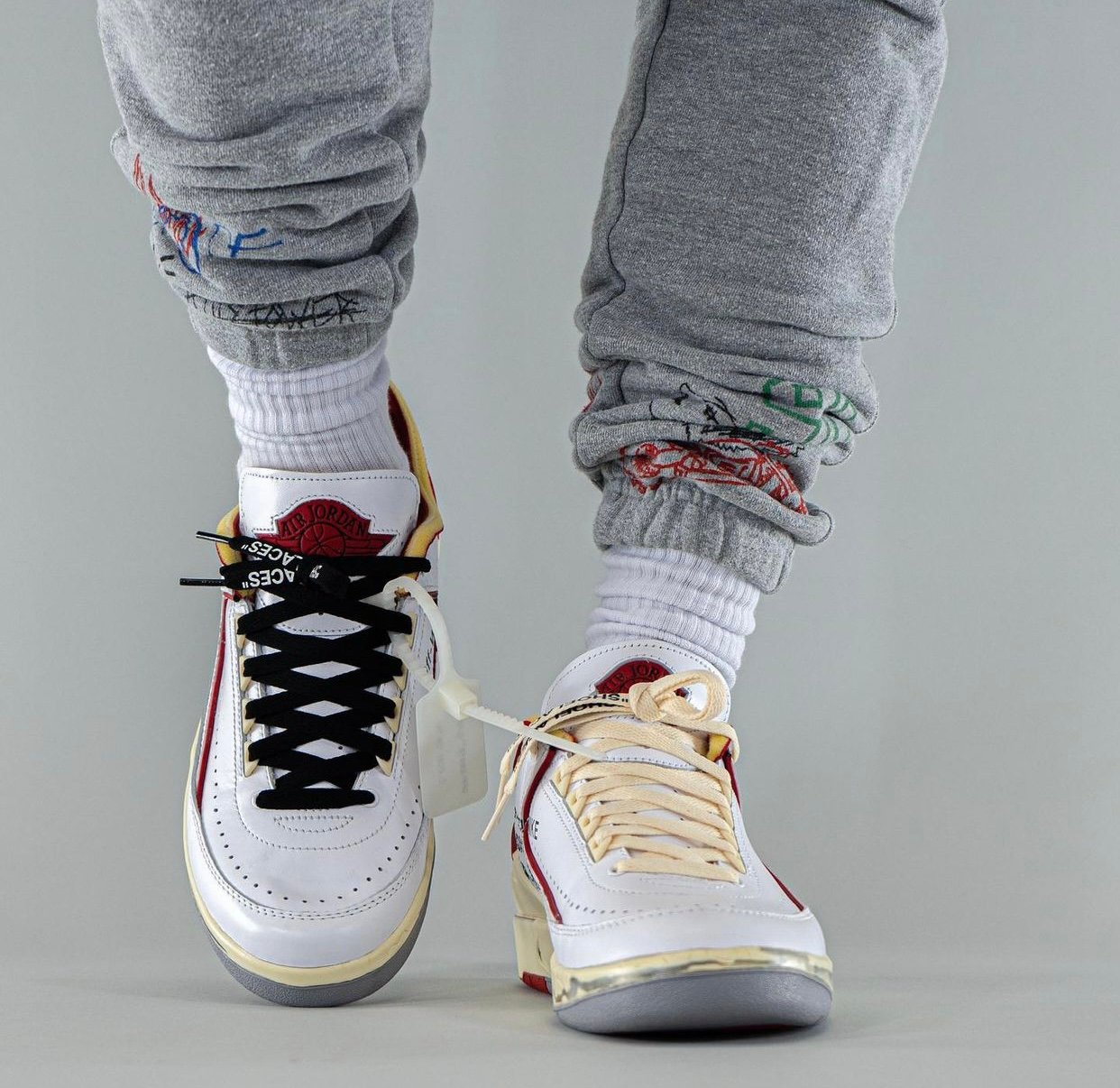 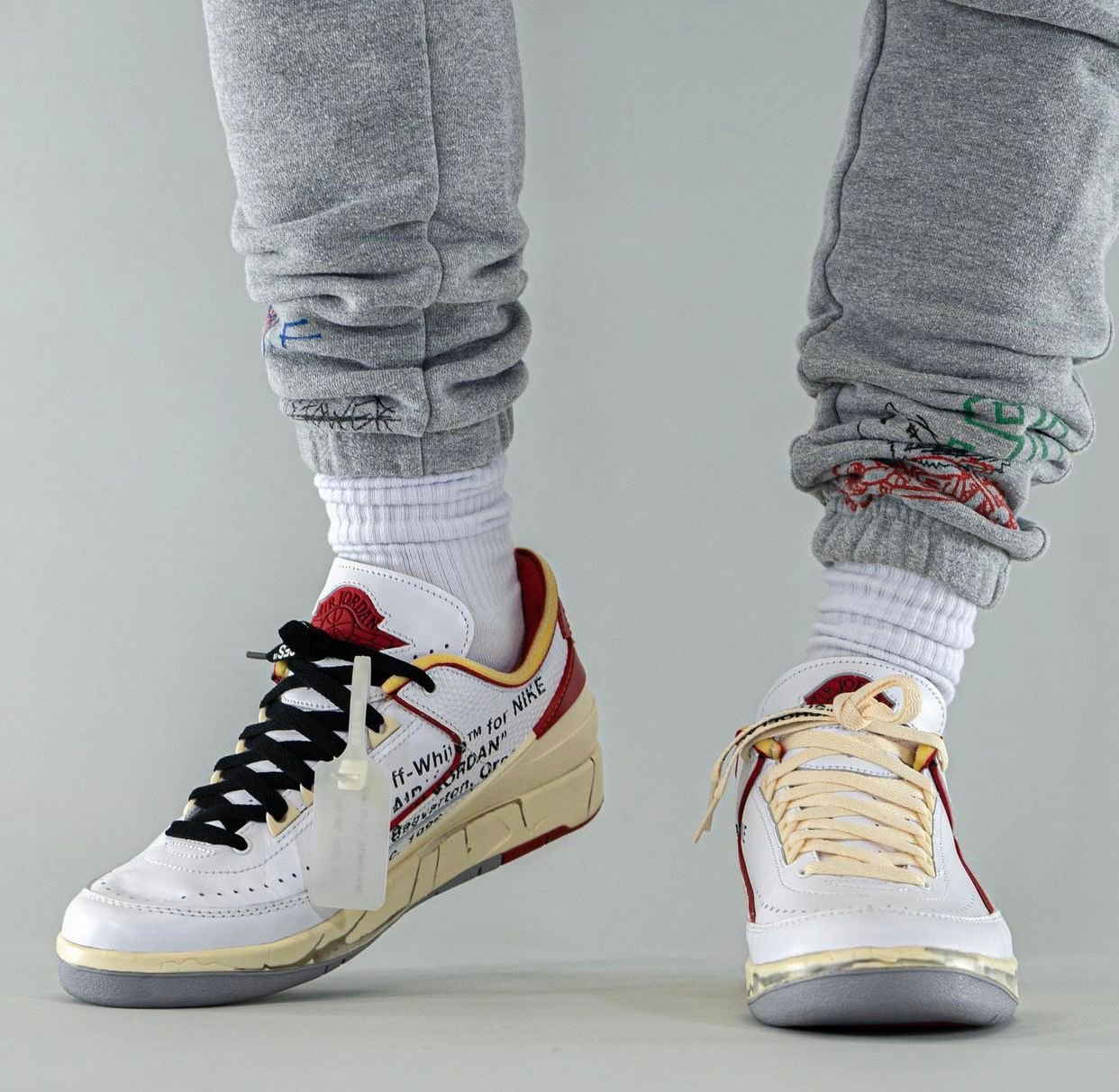 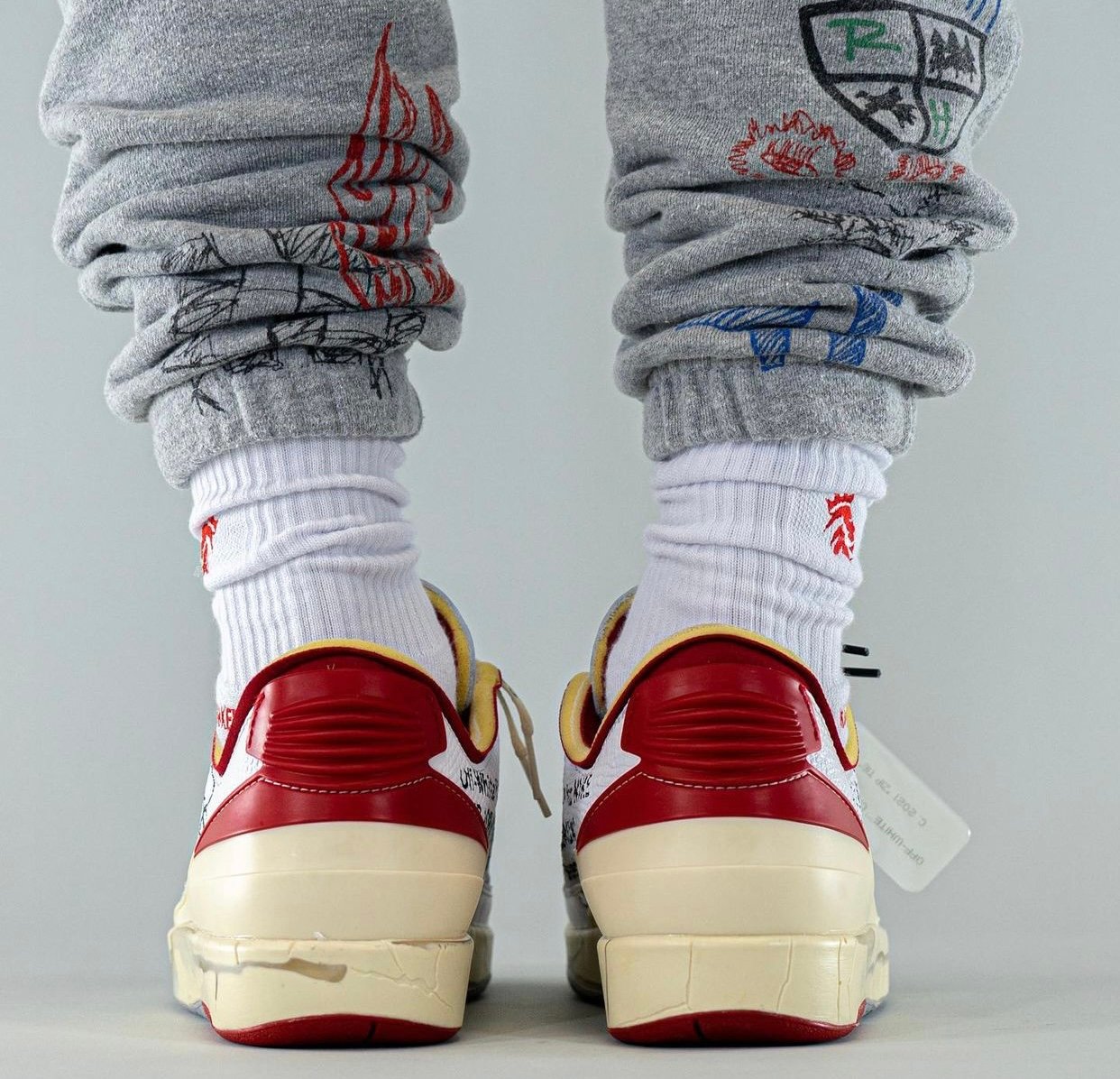 Update (6/26): Latest look at the Off-White x Air Jordan 2 Low in ‘White Red’ that will debut on September 23rd. Via goodtimes.atlanta. 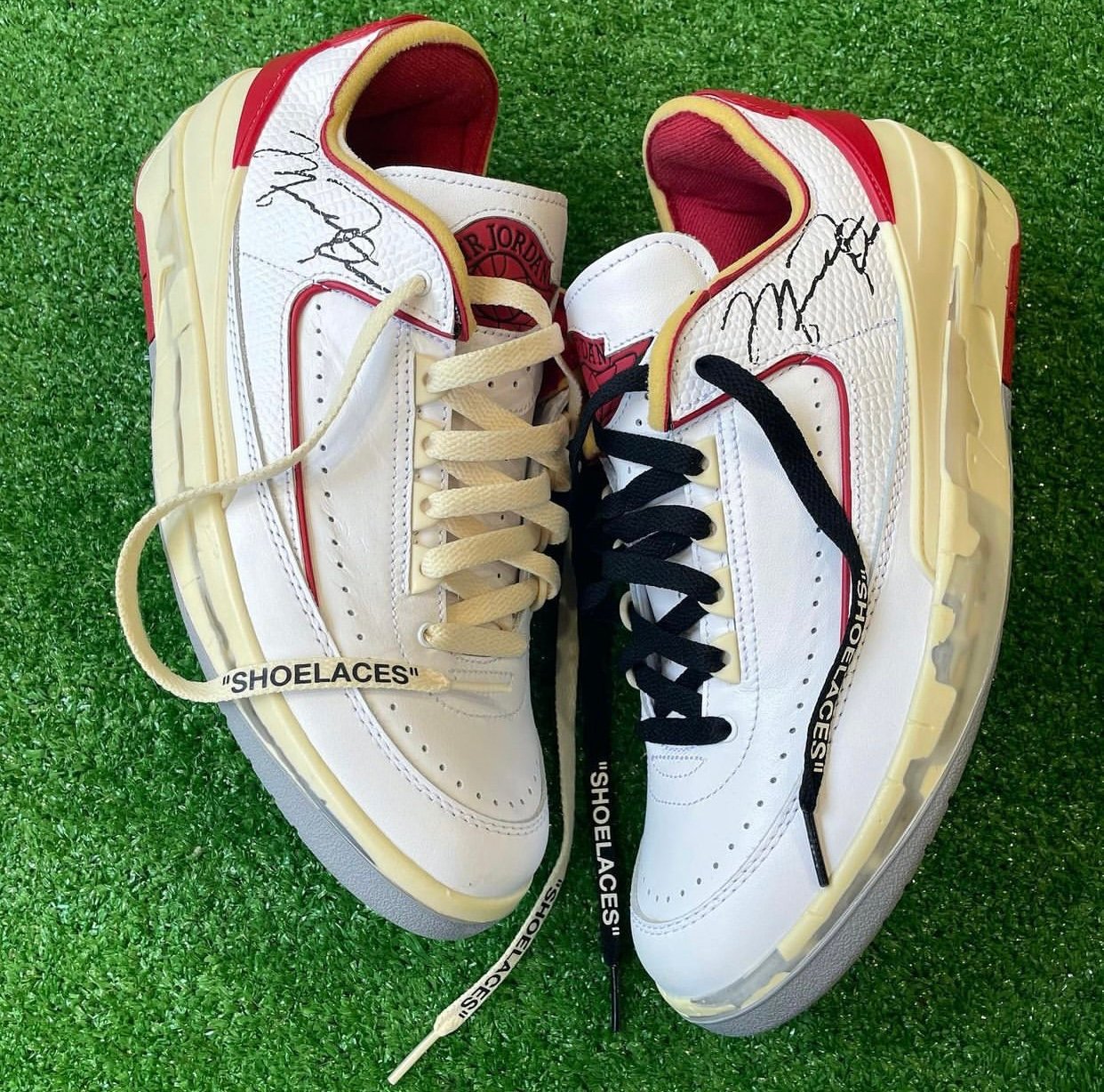 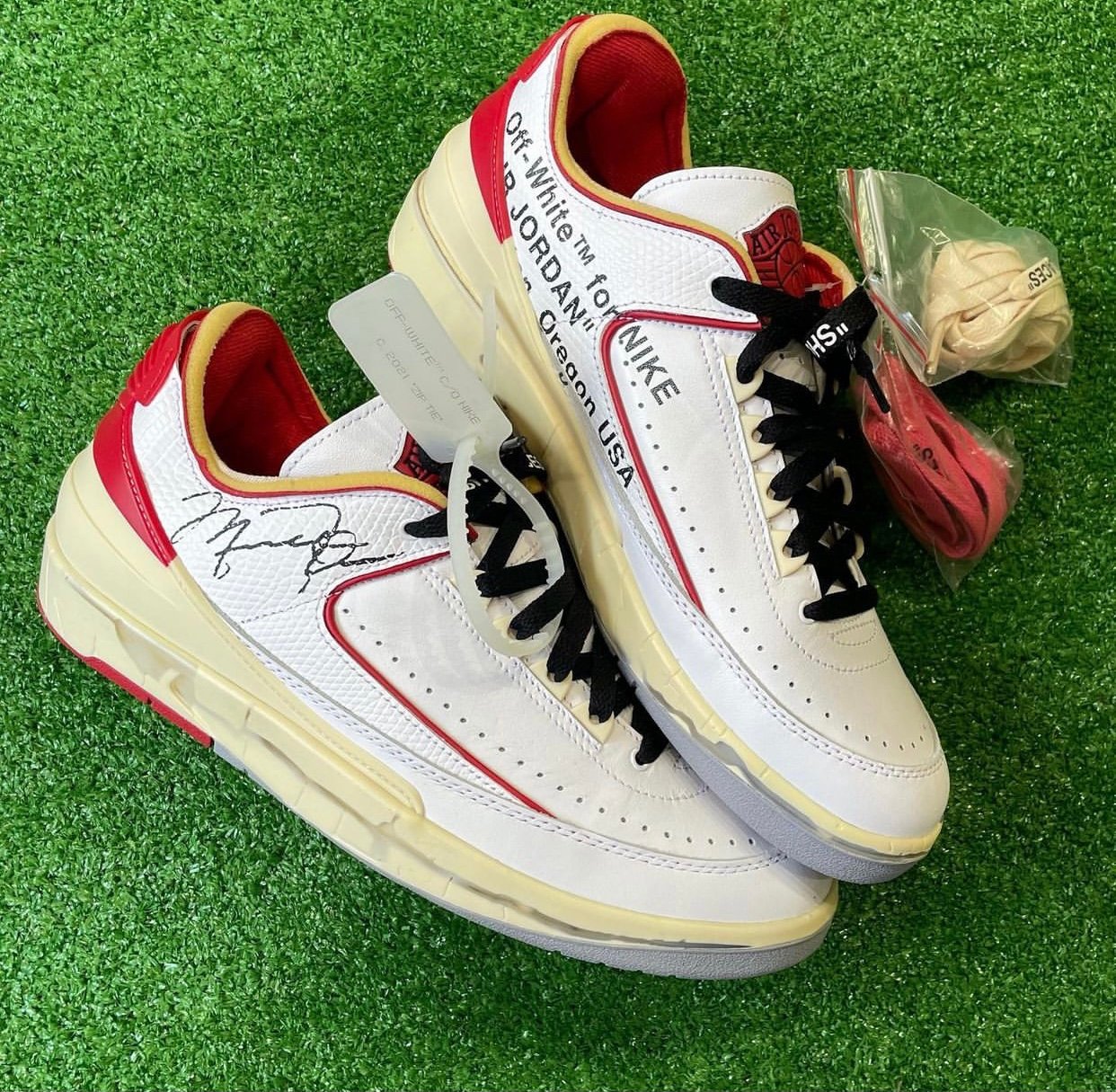 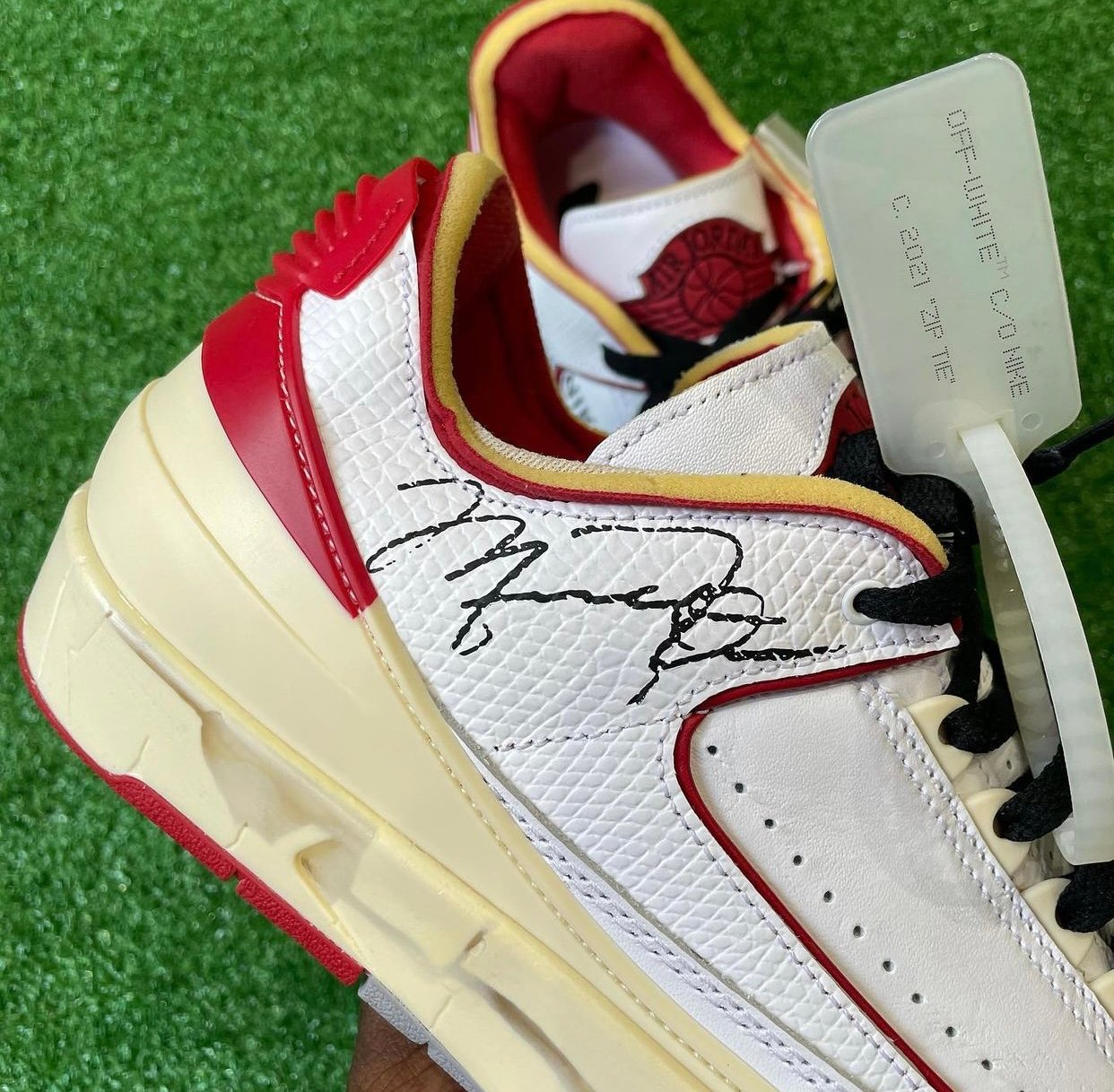 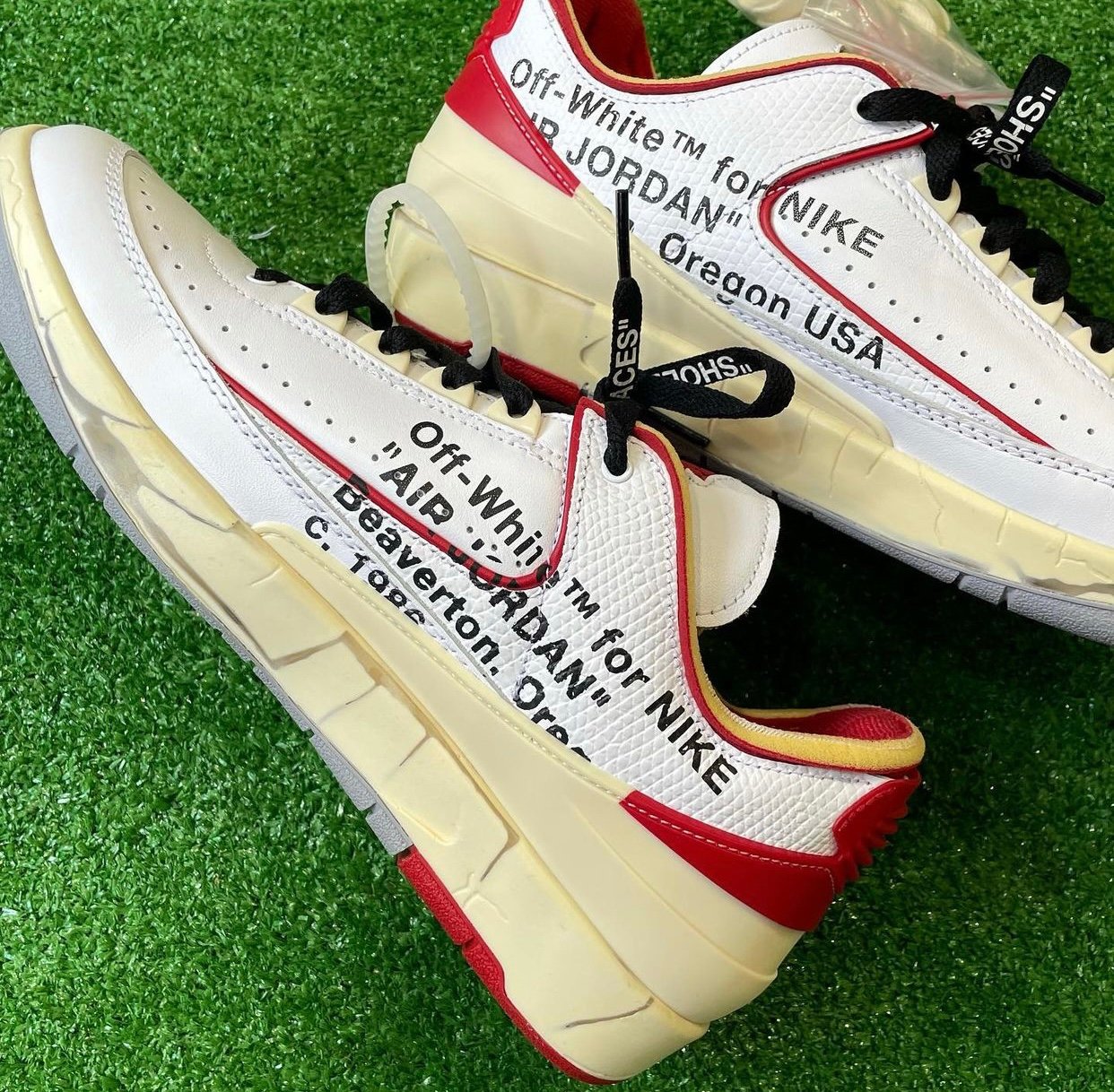 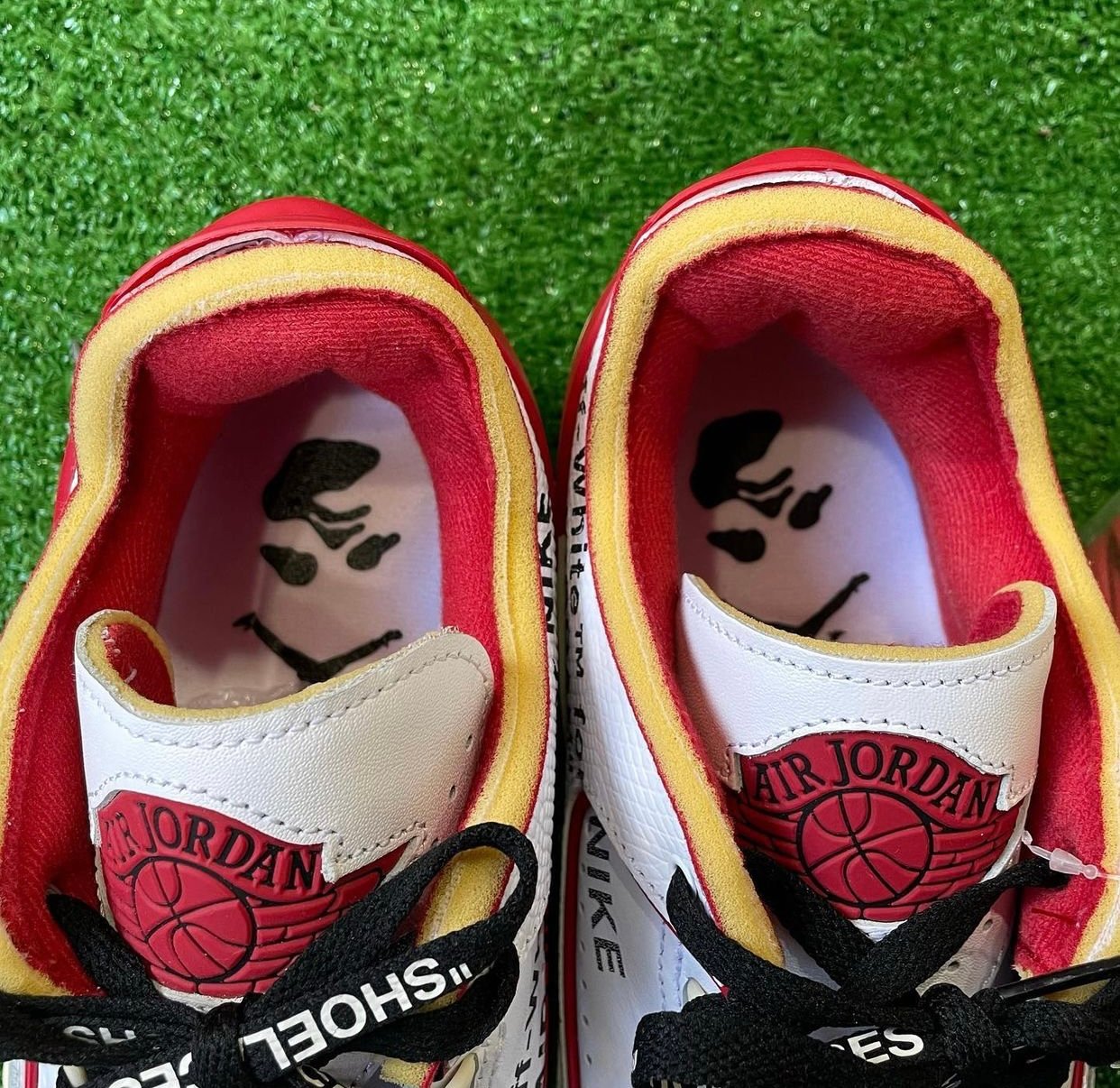 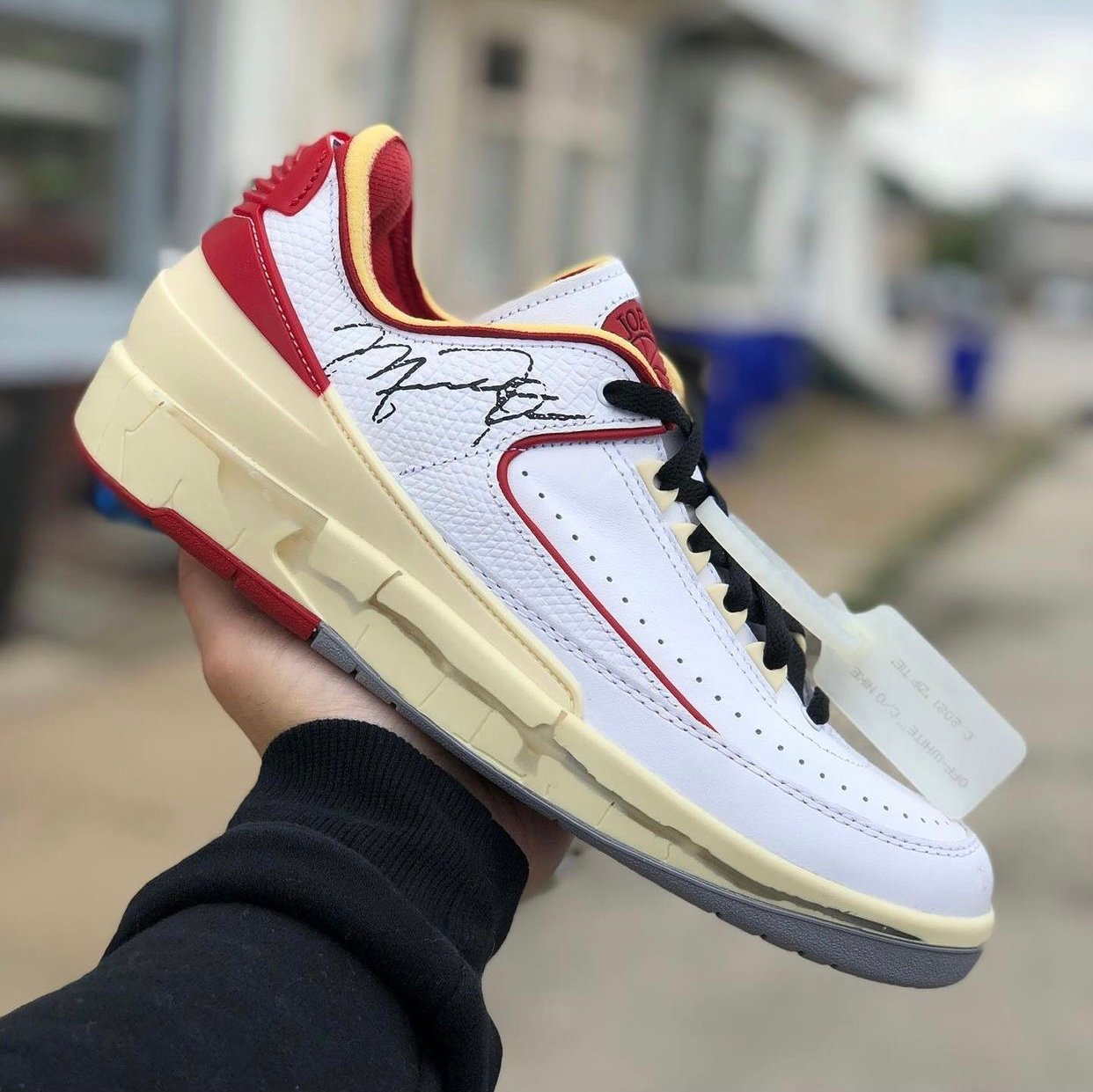 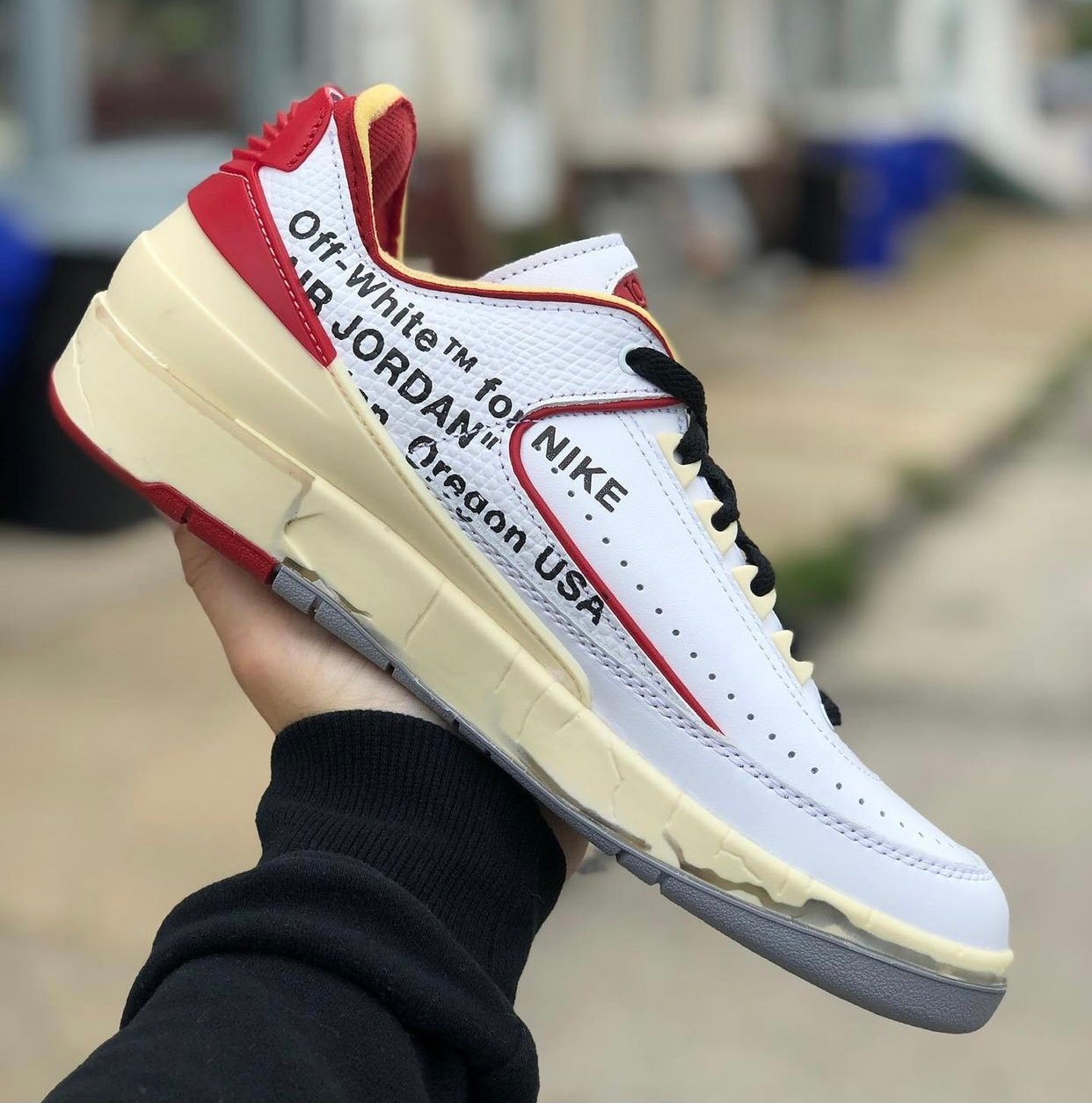 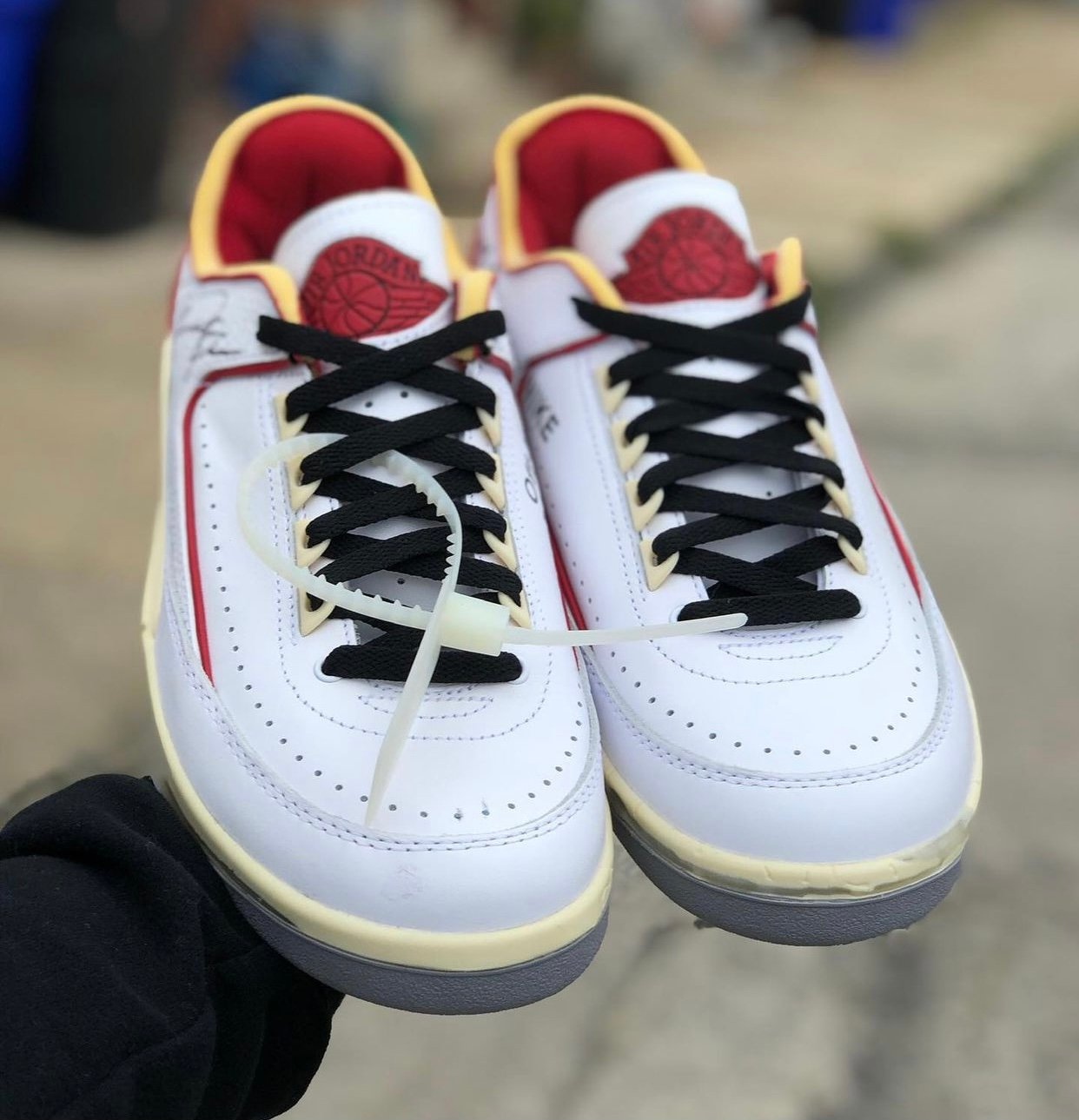 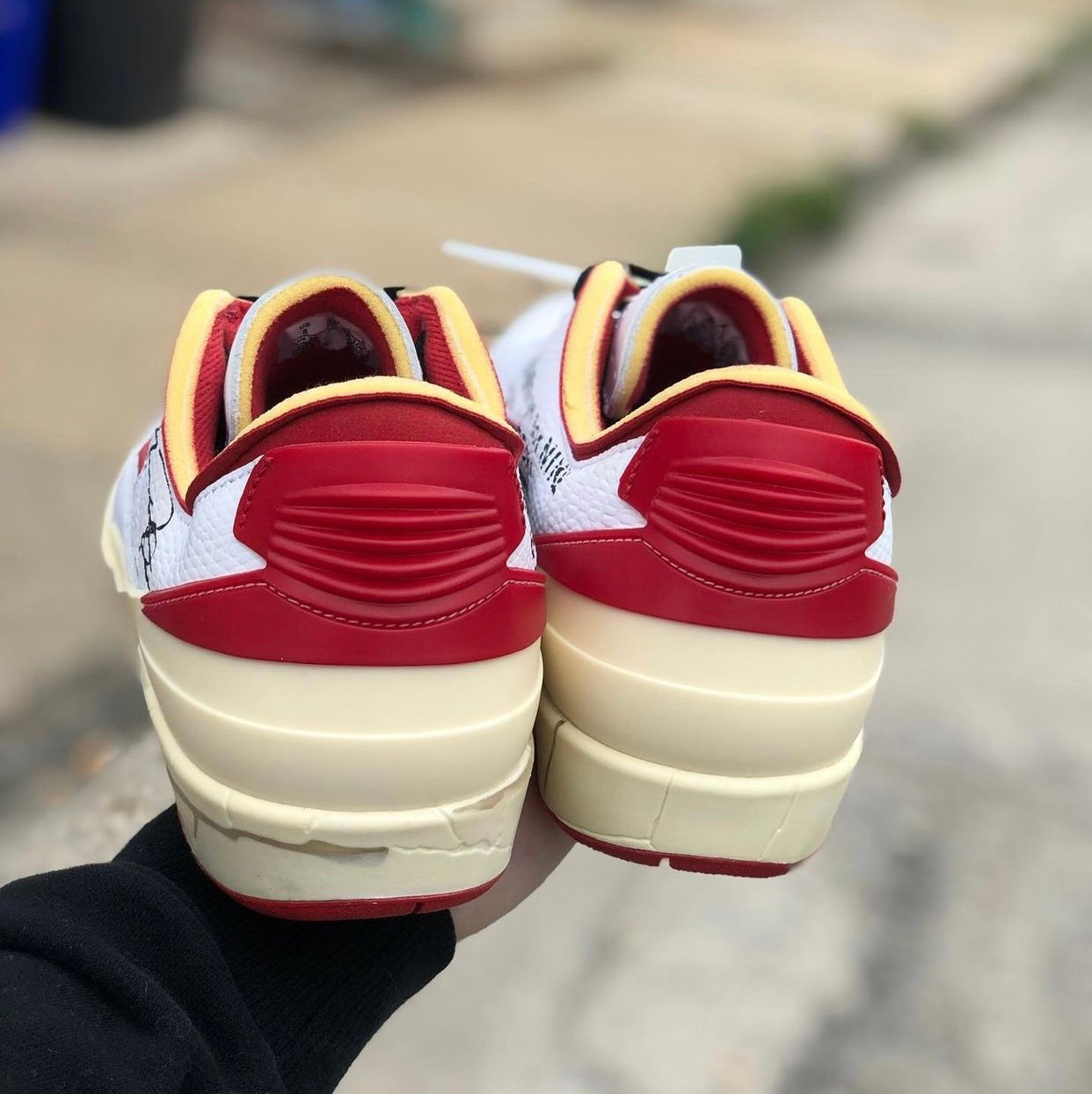 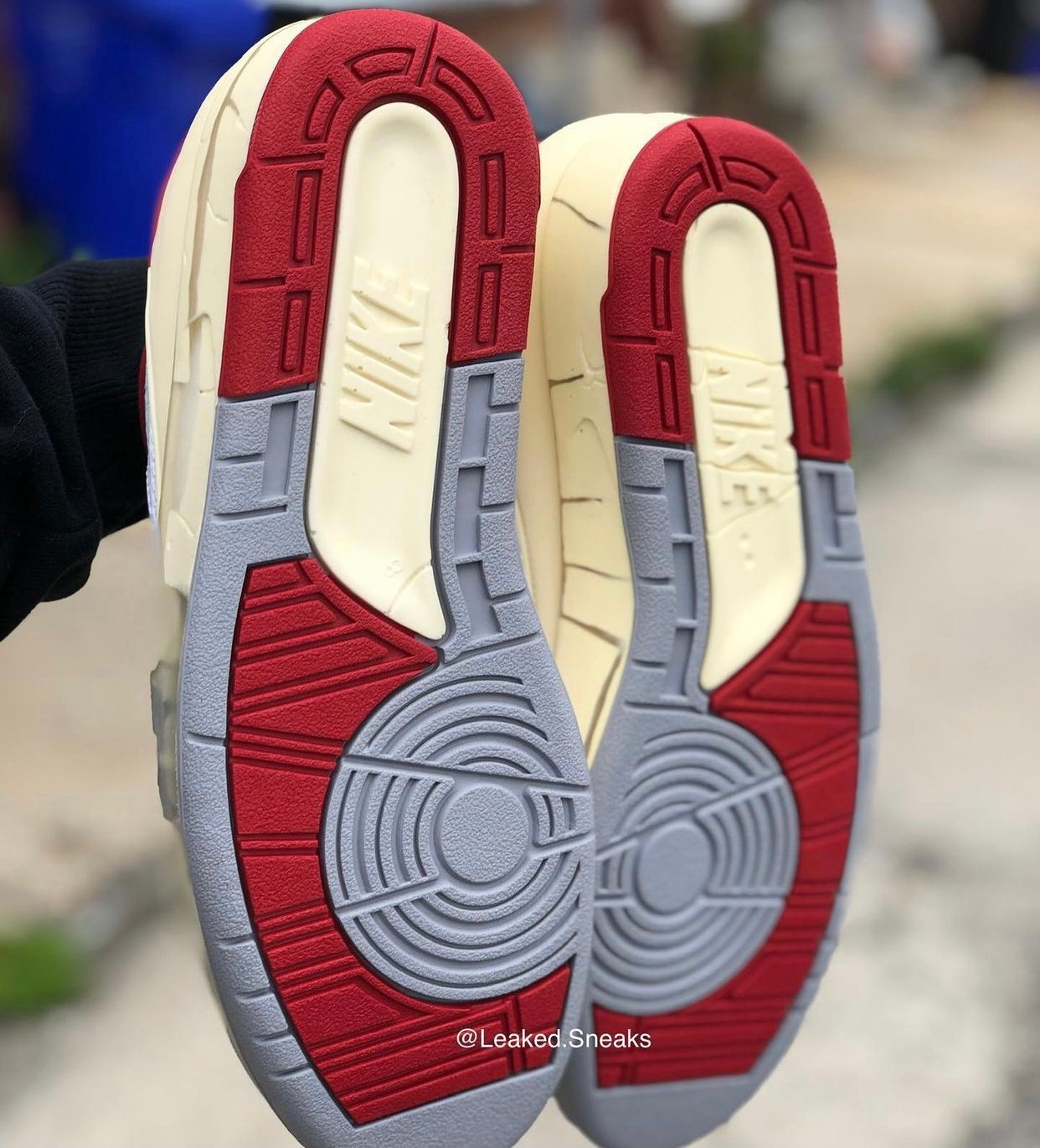 Update (6/18): An updated mock-up of the Off-White x Air Jordan 2 Low which is an accurate representation of what’s releasing. The pair will feature a crack, aged midsole, Michael Jordan’s signature on the lateral side, and Off-White branding on the medial. A release will take place in Fall 2021. Via zsneakerheadz. 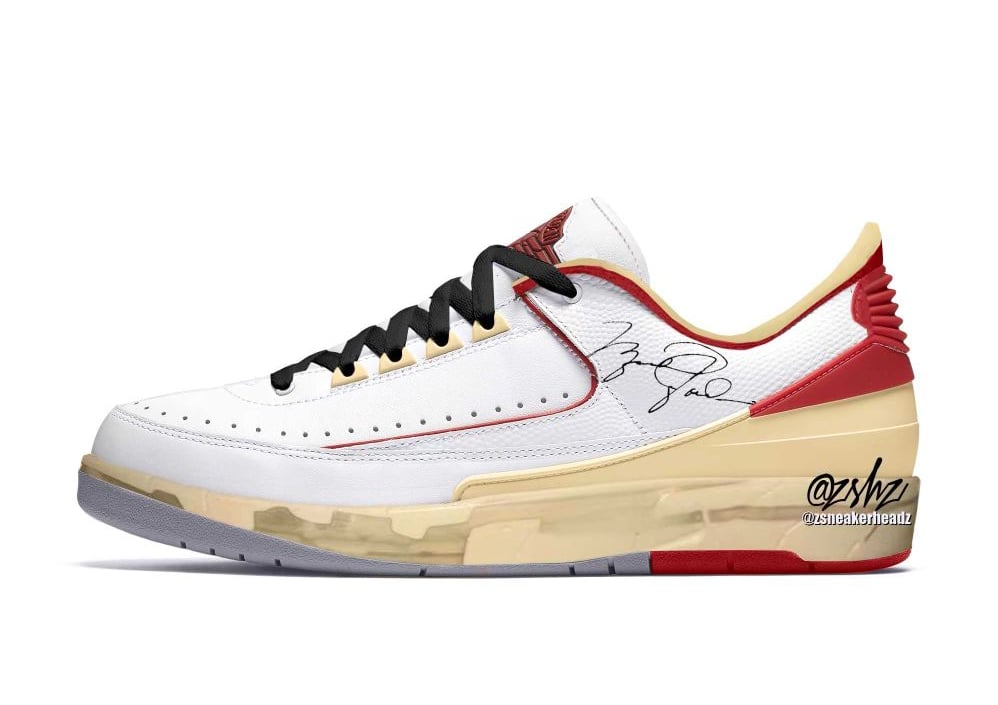 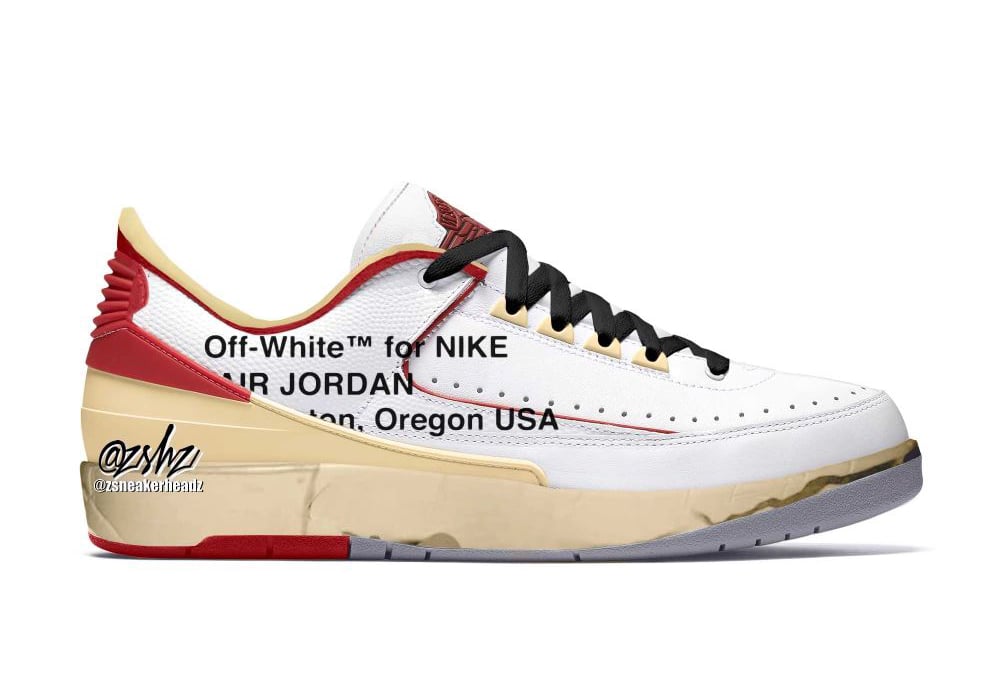 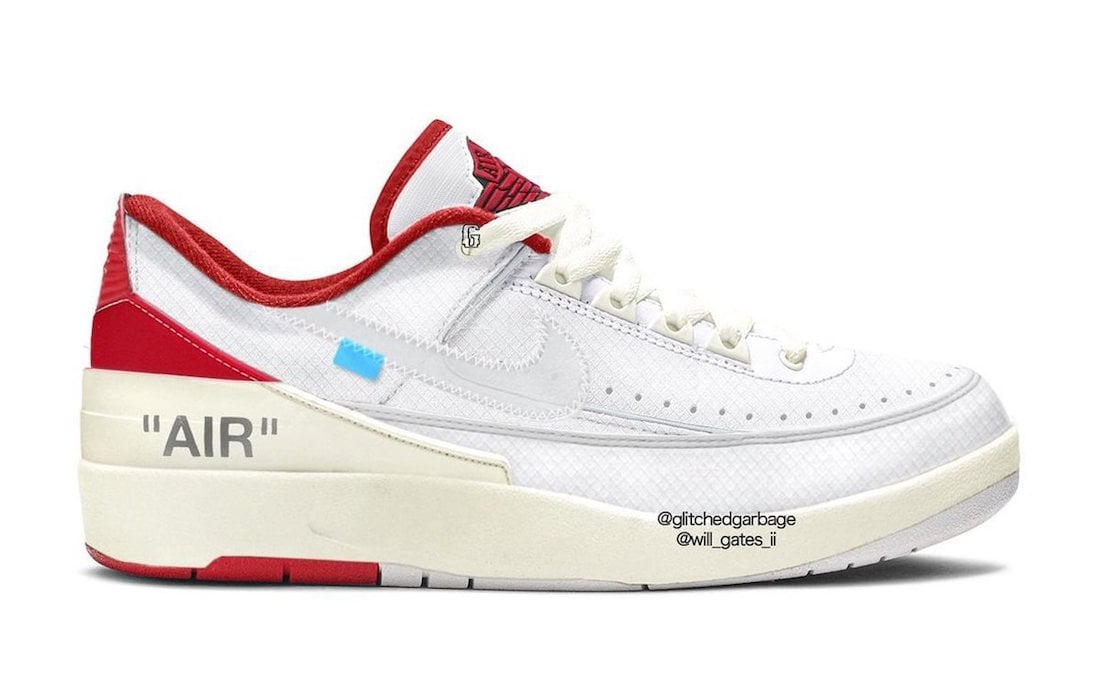 The Nike Kyrie 8 is Trash According to Kyrie Irving