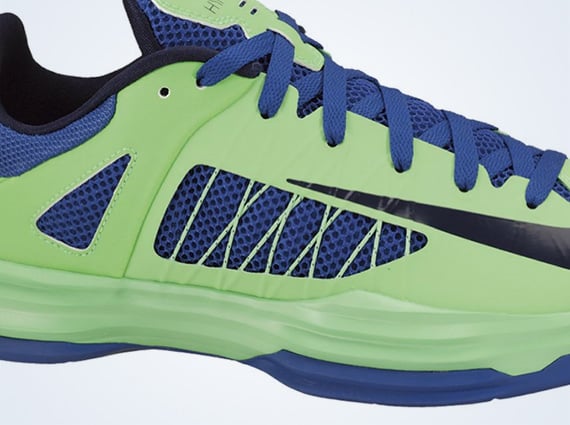 After making its retail debut earlier this year, the Nike Hyperdunk 2012 Low has been beyond busy. Having recently been added to the Nike iD family, the Hyperdunk 2012 Low is ready to lengthen Nike Basketballs epic run in 2013. The combination of Poison Green and Hyper Blue, having already been seen on a Hyperdisruptor midtop this season, is back and is now available in the form of the Hyperdunk 2012 Low. For any hooper who is looking to experience the thrill of low-cut kicks on the court, make sure you head to NikeStore now to cop. 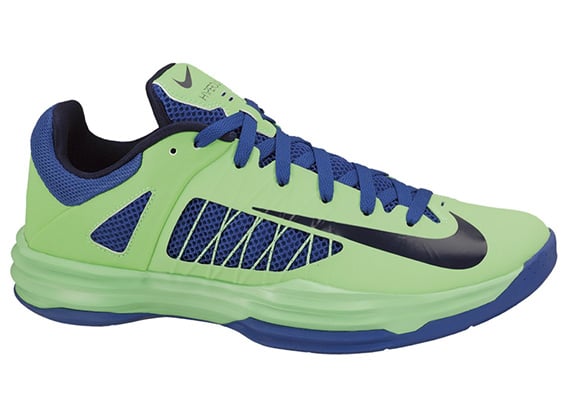 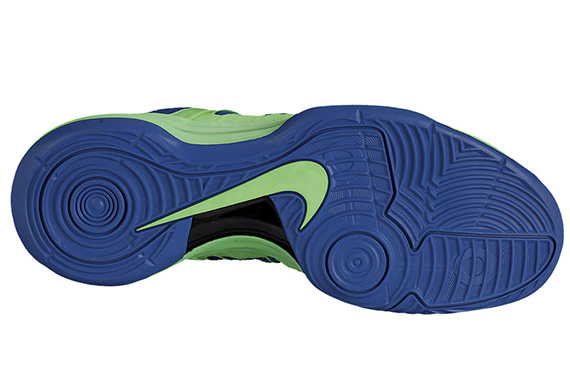