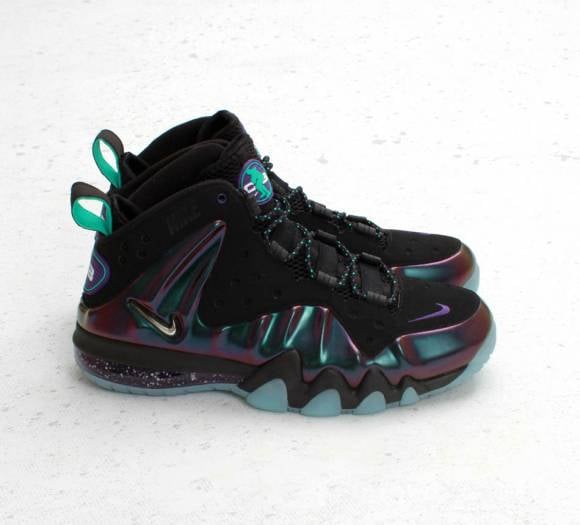 Following the release of the Nike Barkley Posite Max ‘Rayguns’ during All Star Weekend (part of the Nike Area 72 Collection), Nike will be releasing the next colorway for this hyped up shoe this upcoming weekend.

Receiving its nickname from the very popular Nike ‘Eggplant’ Foamposite, this shoe features a color-shifting upper, teal and purple accents, a glow in the dark outsole, and a splattered Air Max unit. Stemming its roots from the classic Nike Air Max 2 CB, the design takes the best of the old and mixes it with the well known and very popular foamposite material.

Stay tuned into Sneakerfiles for the latest news on upcoming releases. 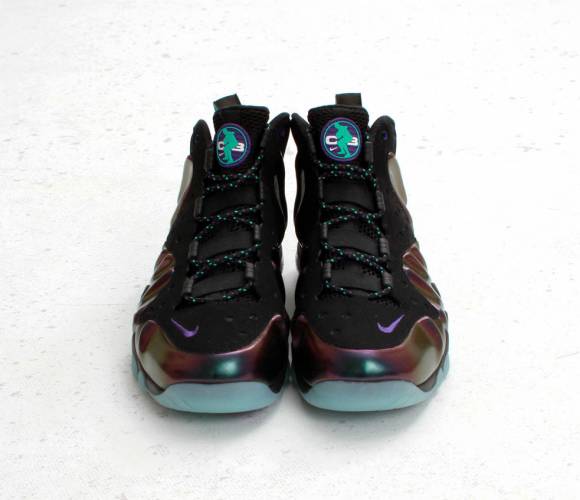 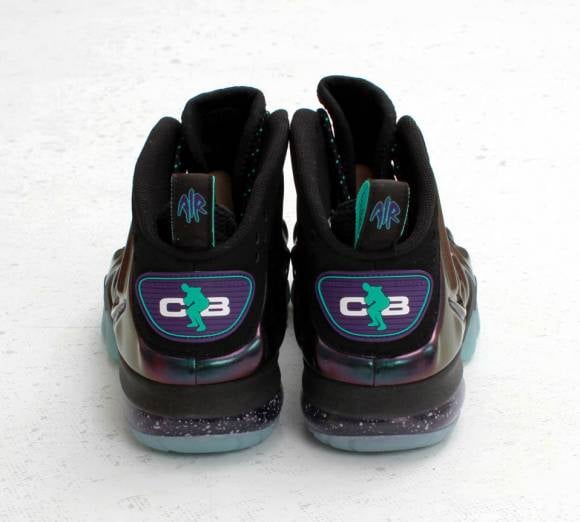 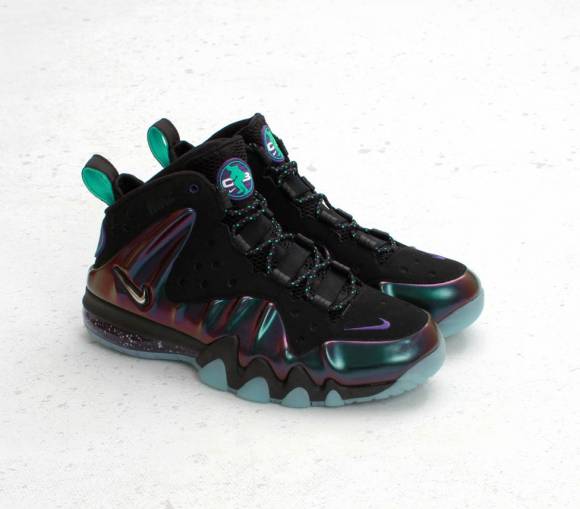 A Closer Look at the adidas Yeezy Boost 350 V2 ‘Light’