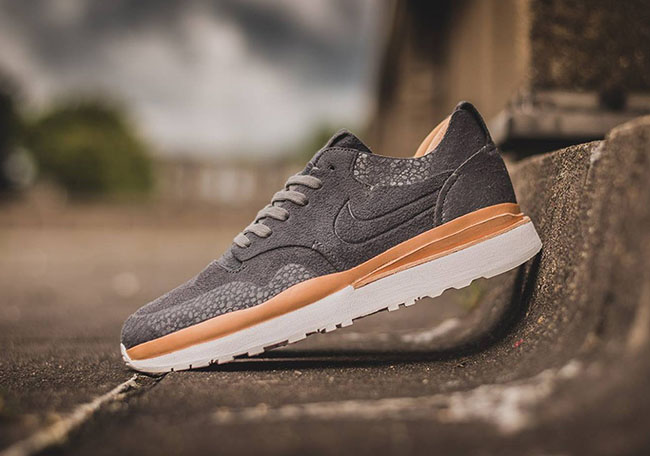 This modified classic Nike Air Safari will feature a Dark Grey and Vachetta Tan color combination. Through the base is the use of Grey which is built out of suede. The safari print that wraps the toe is a one piece instead of an overlay. Other details include the Swoosh debossed on the side, Vachetta Tan through the mudguard and liner while a White midsole finishes them off.

More photos of the NikeLab Air Safari Royal Dark Grey are shown below. For those that are interested in purchasing, they are now releasing at select Nike retailers which includes Hanon. On another note, it appears that NikeLab releases are reaching more retailers, which should mean the products will be easier to get. 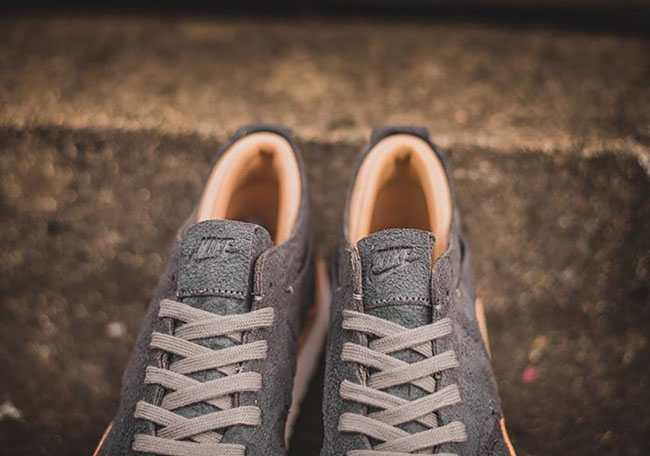 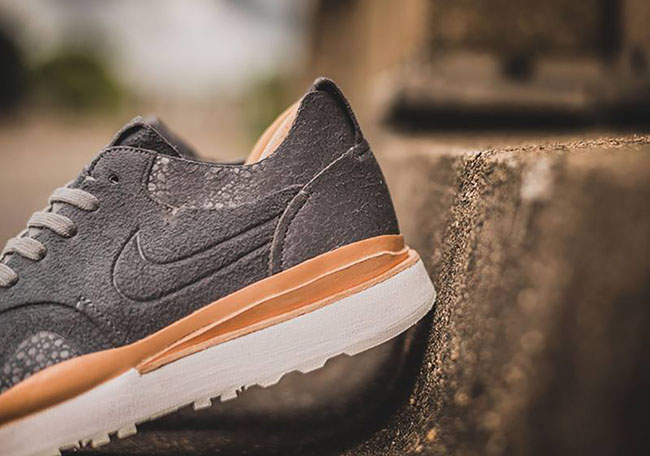 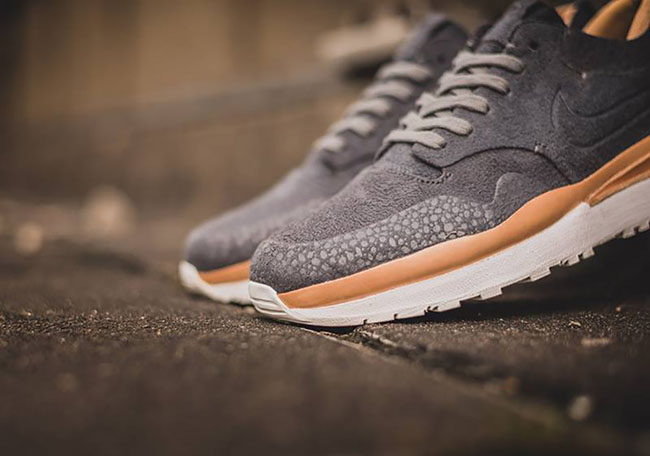 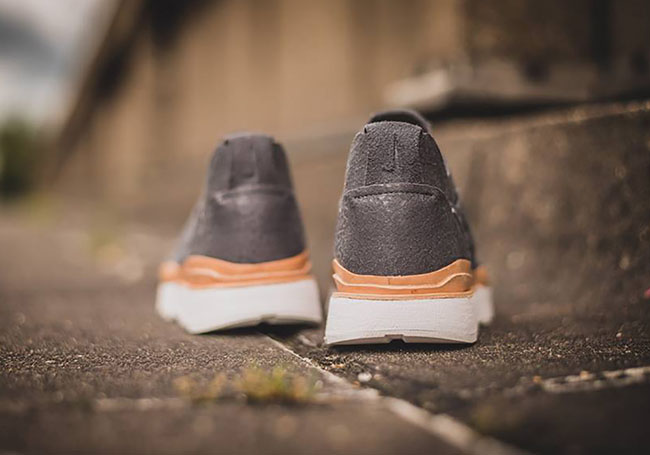