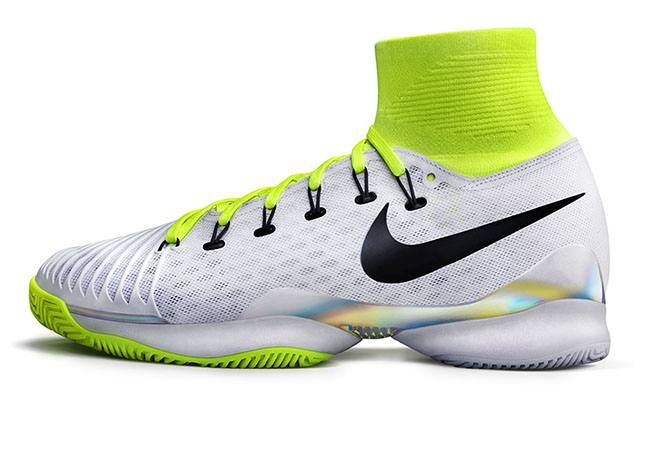 The NikeCourt Air Zoom Ultrafly is a new model from the brand that is constructed to be a performance tennis shoe. Explained by Nike, they will be a ‘Rocket Ship’ for tennis players.

The initial design brief for the NikeCourt Air Zoom Ultrafly, Hui explains, was “to build a ‘rocket ship’” for tennis, or something that could take the sport to a completely new area. “As a designer,” he adds, “you think visually. Putting the two together — a tennis shoe and a track spike — was the ignition point for what the rocket ship was to become.”

The resulting design introduces a radical, disruptive silhouette that borrows inspiration from American football, global football and track and field footwear. It also garners expertise from Nike’s Innovation Kitchen and groups such as the computational design team.

Lightweight and low to the ground, the NikeCourt Air Zoom Ultrafly features a track and field-tested Pebax® propulsion plate, hexagonal Nike Zoom Air units and Flyknit ankle cuff. The asymmetrical construction, which is most evident in the lacing, aims to help athletes cut diagonally across the court.

The NikeCourt Air Zoom Ultrafly, which includes an all-black colorway, is available March 9 for men and women at nike.com/ultrafly and select Nike stores. 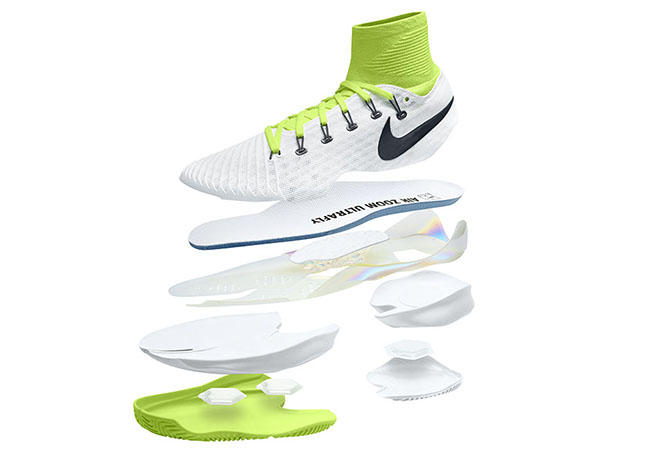 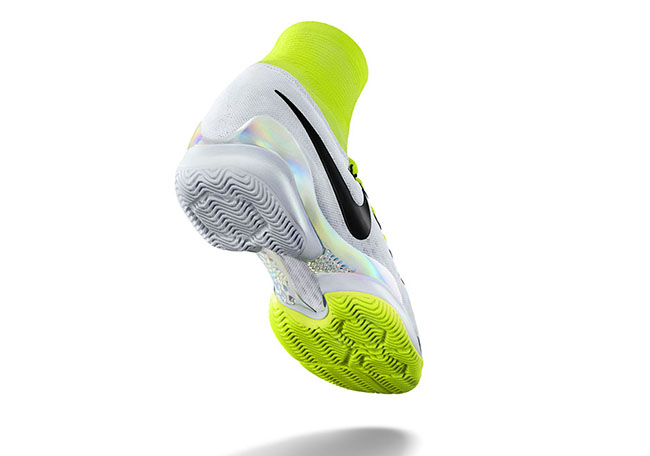 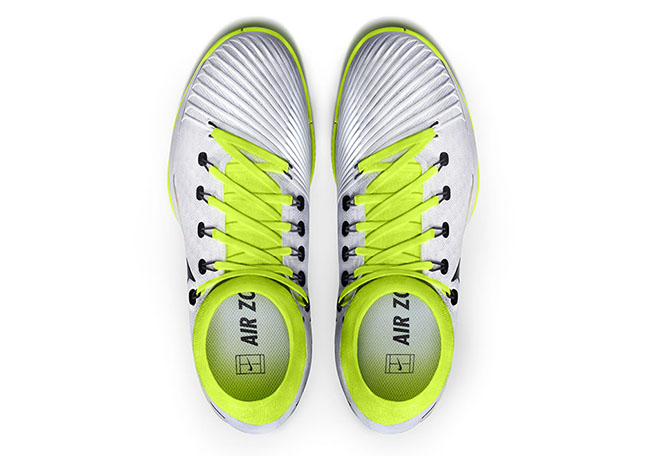 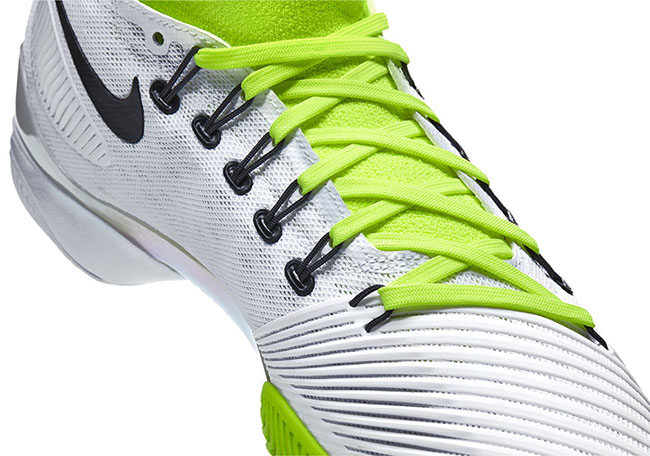 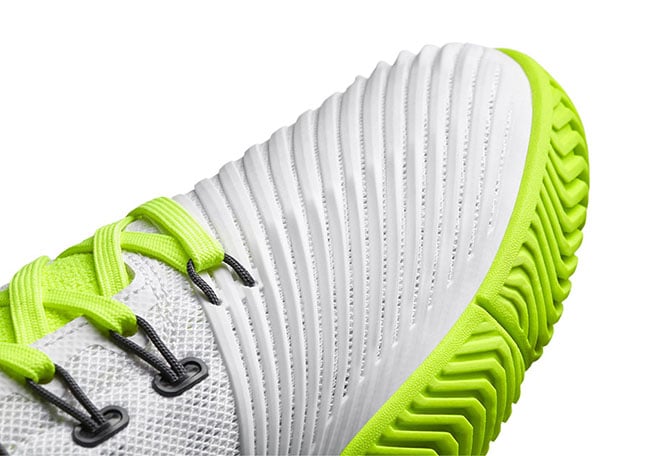 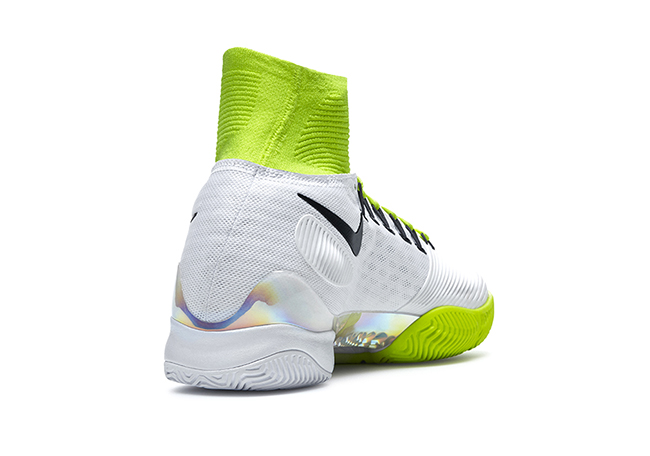 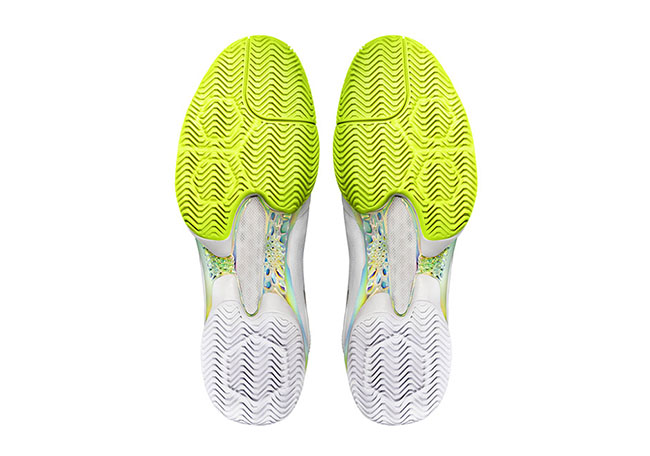 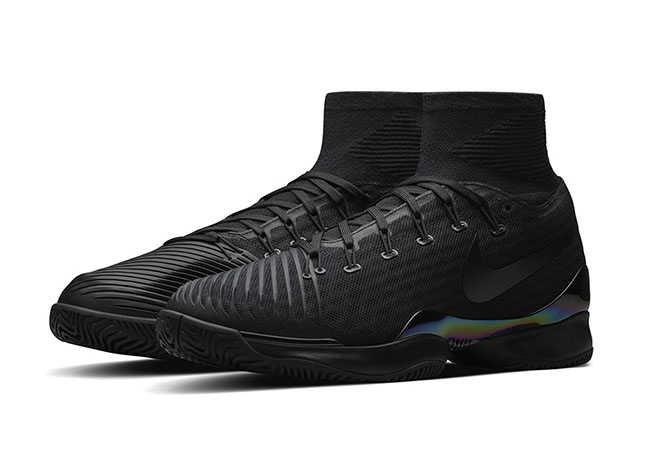 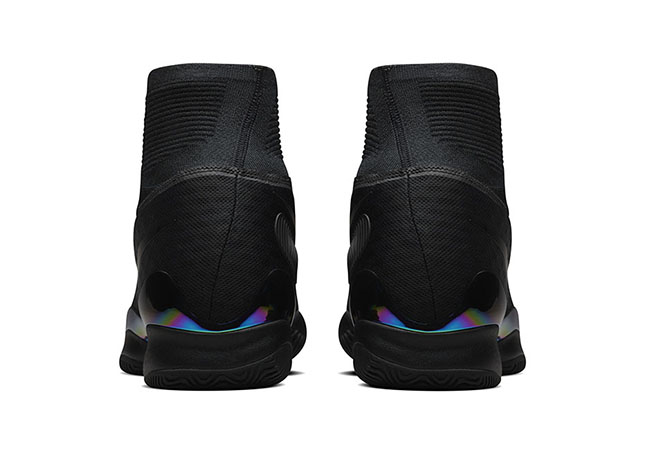 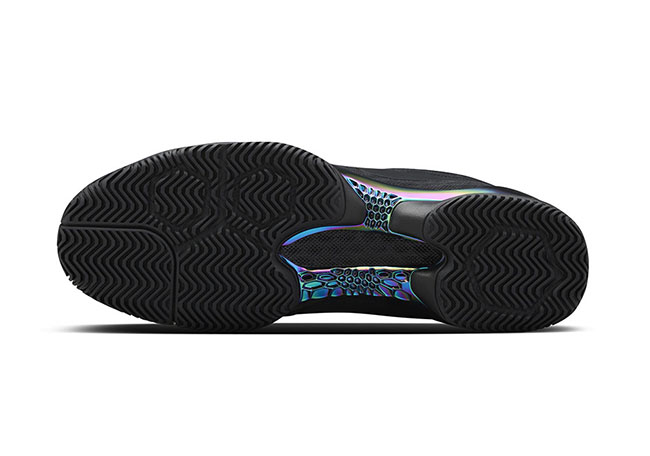 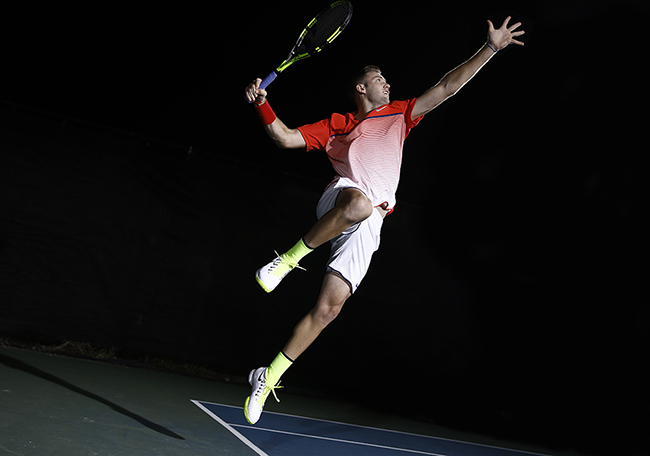 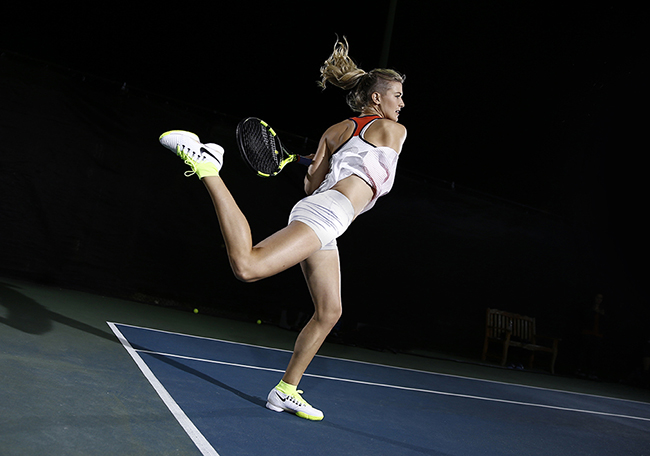