The Nike The Sting was an early running shoe, first released in 1978. It was a low-top sneaker with a very low profile, giving the image of speed. The upper was made using thin, rust-colored suede with green nylon for the side panels. The Nike Swoosh appears on the side, as would be expected. 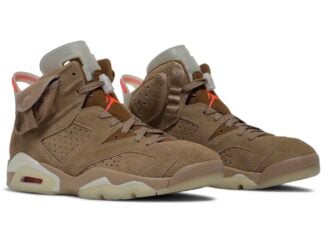