The first Nike Vandal was produced in 1984, but production did not stop until 1987 (Nike did this a lot during the 1980s). Although a basketball shoe, the Velcro fastening and sleek design had B-Boys wearing them. Canvas and nylon were the materials used at the beginning, but later the Nike Vandal used different kinds of leather were used. 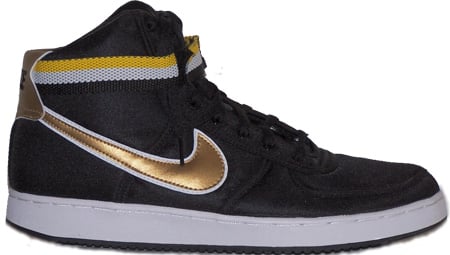