The Nike Air Zoom Ultraflights were built for the courts, and is known as a “performance shoe”. The outsole looks like a race car tire treads which allows a player to make sharp cuts and turns, a low profile Zoom Air system and the uppers is built into the lower outsole so stability is regulated by the clear plastic shell. An abundance of color schemes released of the Nike Air Zoom Ultraflights like yellow, orange, red, black, royal blue, dark blue and green. 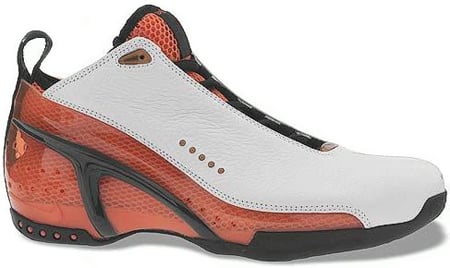