The Nike Air Pippen V resembled the GP IV with a few characteristics. Nike Pippen V allows a interchangeable bootie so you can mix up the different colors, which pretty much make it limitless on the color ways you could have. Overall a good idea but the Nike Air Pippen V was not known to allow your foot to breathe. Also the Pippen V is a heavy shoe. Sadly the 5th edition marked the last Pippen Series. 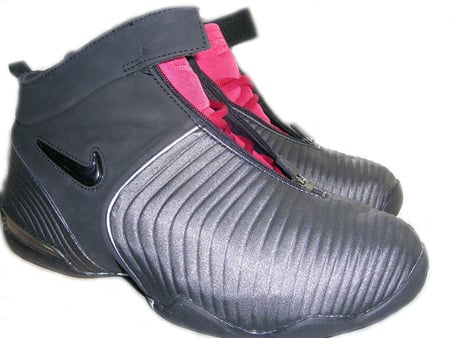