The Nike Air Pippen Mid I (1) was the first signature sneaker for Scottie Pippen. By far the most popular of the Pippen series, the Nike Air Pippen I Mid features a full Air Max cushioning unit, one of his nicknames “PIP” on the tongue and on the back. If you look closely you can see Scottie Pippen’s number 33. Original release was October 1997. 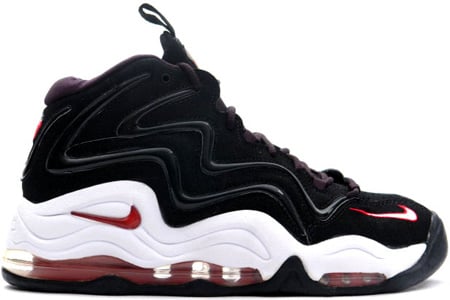