The Nike Air Pippen 2 Originally released in 1998 with three color ways: White/Blue, Black and White/Black-Red. Aaron Cooper is the designer of the Nike Air Pippen II, which inspiration came from the 1951 Mercury. The major attribute from the Mercury is the sleek uppers. Technology was even advanced back when the Pippen II originally released containing a Zoom Air forefoot and a inner sleeve. Many color ways have released since then, but by far the most popular color scheme is the Chicago Bulls White/Black/Red. 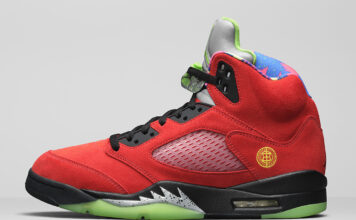 STAUD is Releasing Their Own New Balance 327 Collaboration