The Nike Air Darwin was worn by Dennis Rodman in the mid 1990s, while releasing to the public in 1994. The Nike Air Darwin features a visible air sole unit, padding around the ankles and a rubber outsole. Two known models have the reverse Nike logo, the Air Darwin and the Air Check. 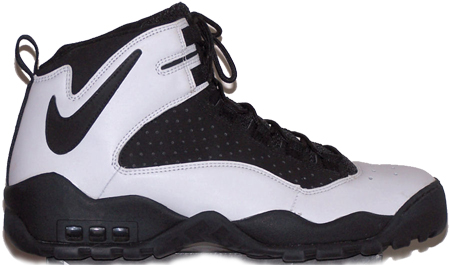