The Nike Air Command Force was David Robinson’s signature shoe, which were sprayed with a mixture of colors. On all the color ways you would see a couple colors, but when you look closer there is actually a lot more. The Pump System was a great asset to the Nike Air Command Force as well as the padding throughout the shoe. Originally released in 1991, a retro has not dropped yet. 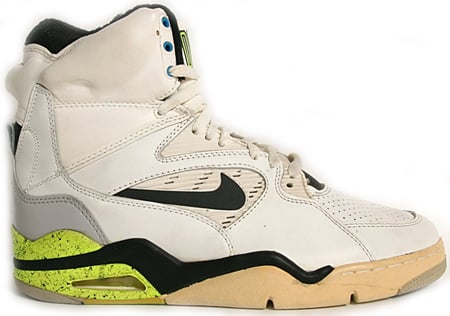