The Nike Air Bakin is most known for its controversial logo at the heel, which resembled the Arabic script of Allah. Even through its world wide public attention, the sneaker remained popular with bright colors and even the design. After 10 years of its original release, a retro will come out in the Summer of 2007. 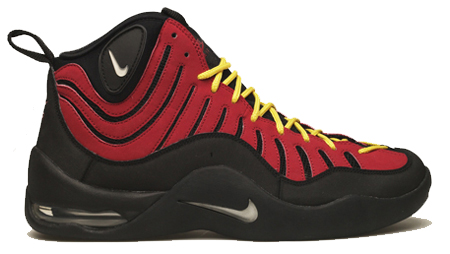