Originating from 1988, the Nike Air Assault where a favorite sneaker amongst many people. Known for its safari print, Air Jordan III sole and midsole, the Nike Air Assault finally re released in 2007. Many sneaker heads were displeased because of all the differences from the Original model. 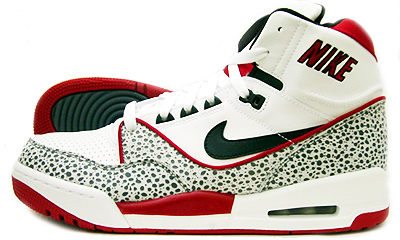