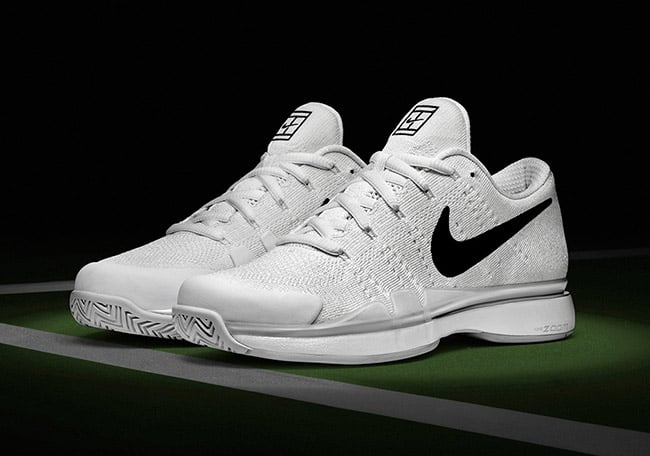 Aside from the new upper, the shoe maintains much of the technology that has made it a favorite amongst tour players. The Phylon midsole features a Nike Zoom Air unit in the heel to deliver low profile, responsive cushioning. A TPU frame wraps the midfoot for additional stability, while the herringbone traction pattern helps shore up grip on hard-court surfaces (Federer’s shoe for SW19 will feature an outsole designed for grass-court play).

The Nike Zoom Vapor Tour 9.5 Flyknit in White and Neutral Grey will release on June 25th, 2016 and retail for $200. Check out more photos below. 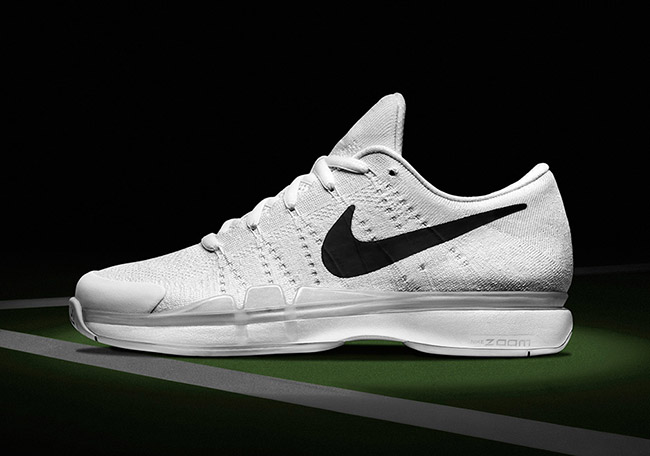 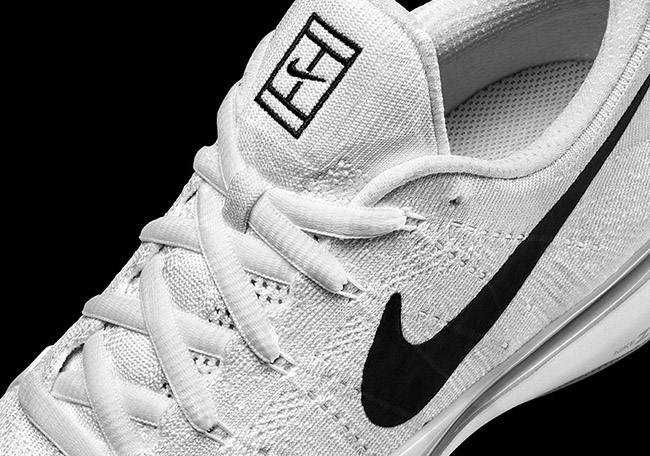 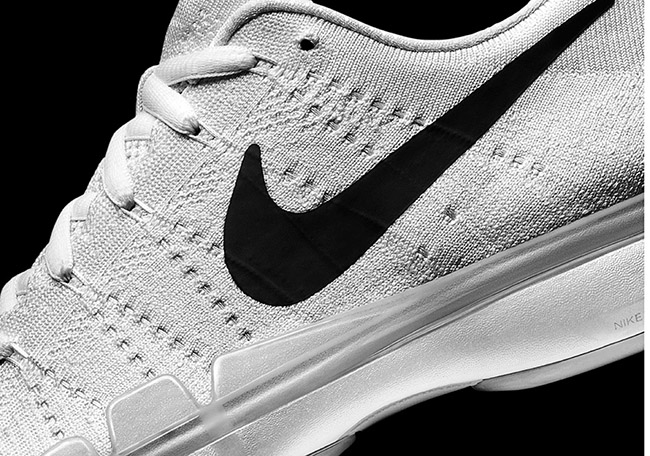 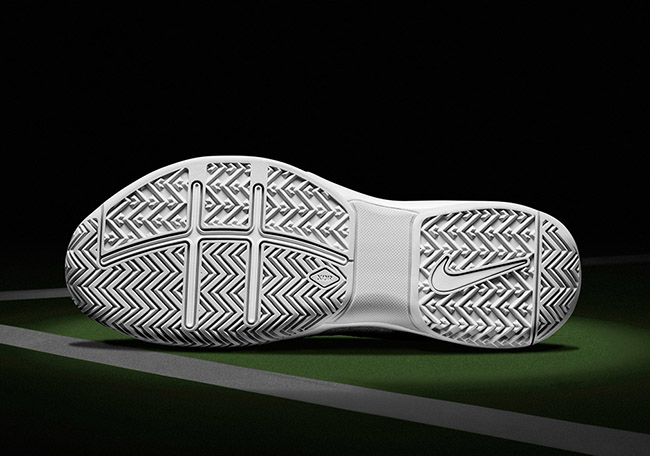