Originally thought to be a player exclusive, the kicks feature a tonal blue upper as a tribute to Penny’s college career at Memphis (then Memphis State) alongside an icy outsole and white tongue branding.

Enjoy another look at the kicks and stay tuned for possible release info. 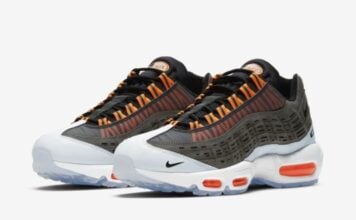