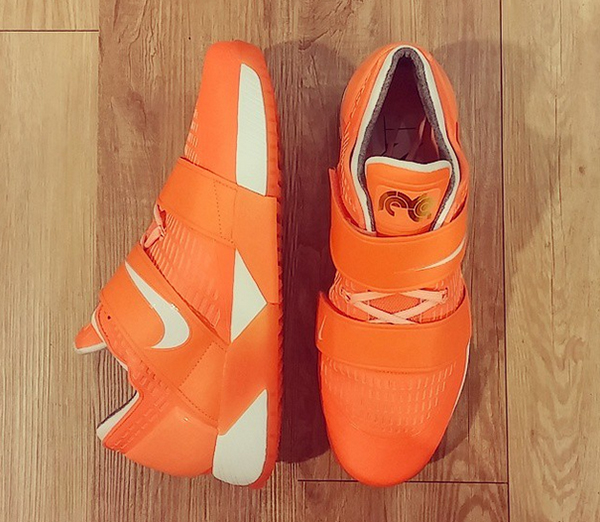 Darrelle Revis is one of a select few Nike NFL athletes that received a signature shoe before a cleat was issued. His first pair, the Nike Zoom Revis released and seemed to do well at retailers. Nike even released some ‘special’ models for the athlete. A second shoe was scheduled, the Nike Zoom Revis 2 but for some reason, Nike scrapped them.

This has lead to a handful of sample pairs floating around and even hitting eBay. A brand new pair which uses a predominate orange look is sure to grab some attention, although not available for purchase. From the image, it appears that a cream shade is used, which if released probably would have been called the ‘Creamsicle’ or some other ice cream reference.

We only have the single image of the Orange Nike Zoom Revis 2, but if more pop up we will be sure to update you.