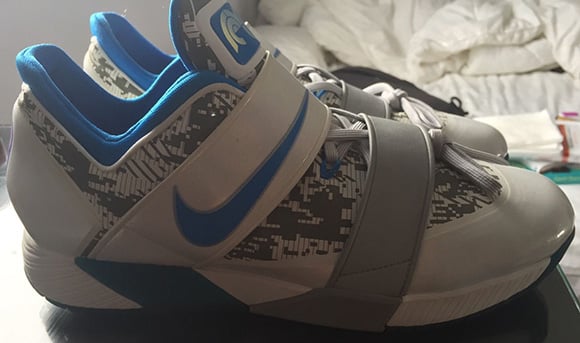 Darrelle Revis is probably still taking in the Super Bowl win him and the Patriots got yesterday against the Seattle Seahawks. As you know he had a signature shoe known as the Nike Zoom Revis, and the 2nd model was supposed to be released but was canceled. Early on we saw a few sample pairs but for the first time a Digi Camo model popped up.

The Nike Zoom Revis 2 Digi Camo features a pearl white canvas with military blue accents. The strap is done in 3M reflective material while the sole is finished with a translucent blue hue. The nickname derives from digital camouflage used on the sides and tongue.

Unfortunately the Digi Camo Zoom Revis 2 will not release, but if you have to own the pair you can scoop a size 10 up on eBay now. 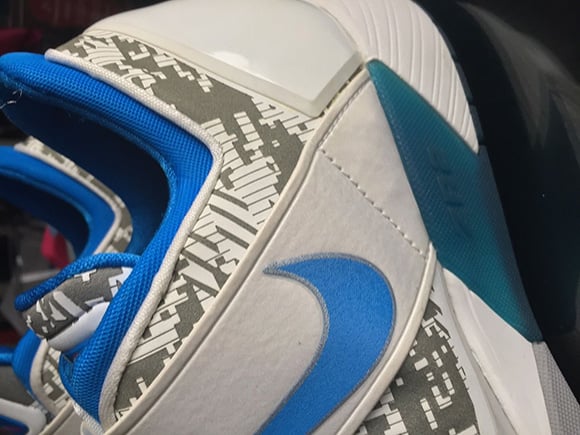 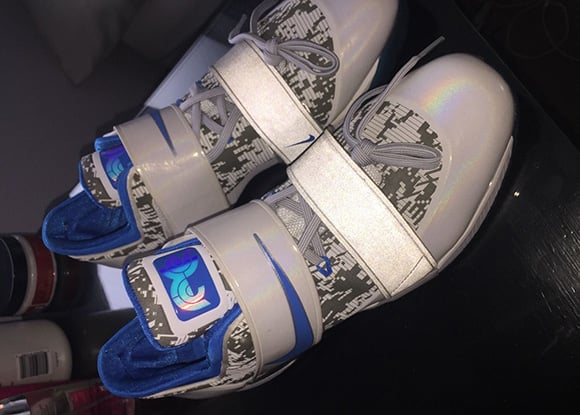 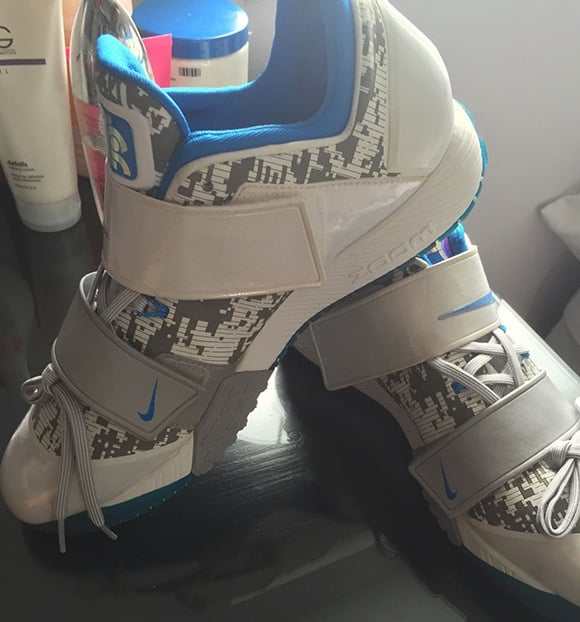 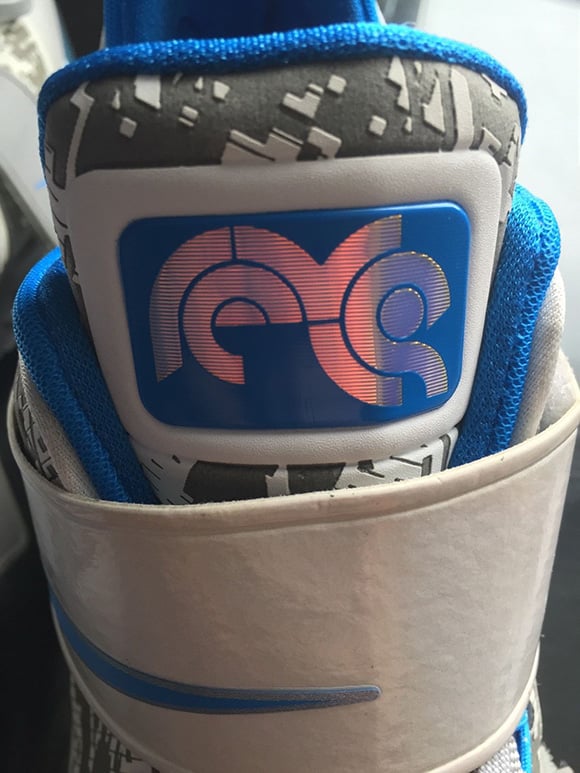 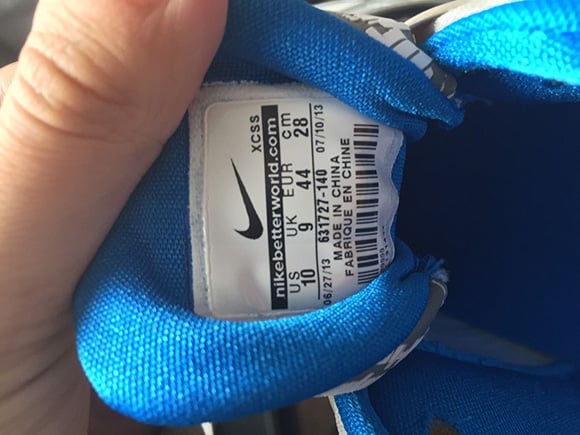 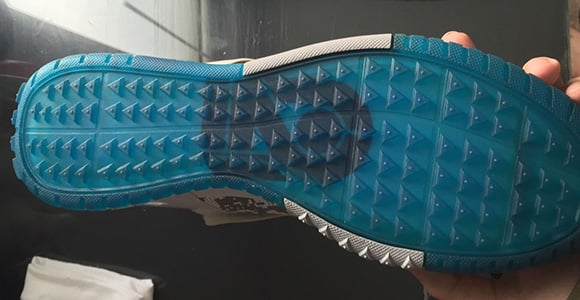