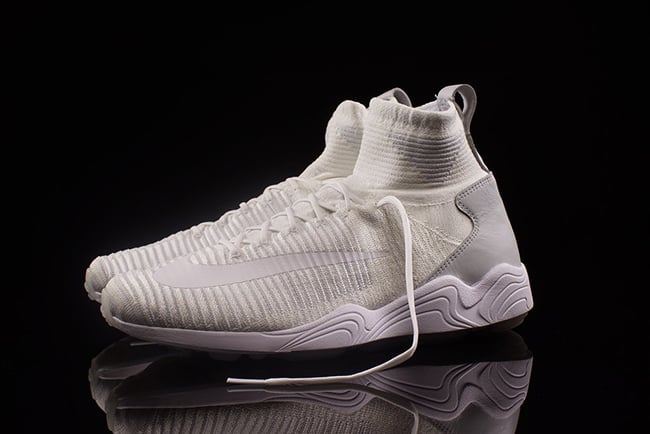 You can’t go wrong with all White sneakers especially during the warmer months and Nike Sportswear is adding another option for us to choose from. The latest is the Nike Zoom Mercurial Flyknit ‘Triple White’ which will be available soon.

If the Nike Zoom Mercurial Flyknit looks familiar, it’s due to the fact that Nike borrowed some of the aesthetics from the Zoom Spiridon. While featuring mainly White with Flyknit on the uppers, leather wraps the heel that is done in a light shade of Grey.

The Nike Zoom Mercurial Flyknit Triple White is scheduled to release on June 23rd, 2016 at select Nike Sportswear retailers. Although a retail price has yet to be announced, we will make sure to provide you with any updates including new images. For now you can check out a handful of photos by scrolling below and let us know your opinion on this clean model dropping for Summer.

Update: Coming off the announcement of the ‘Triple White’ Nike Zoom Mercurial Flyknit, they are now landing at retailers like Oneness. Retail price is $200 and most sizes are still available. 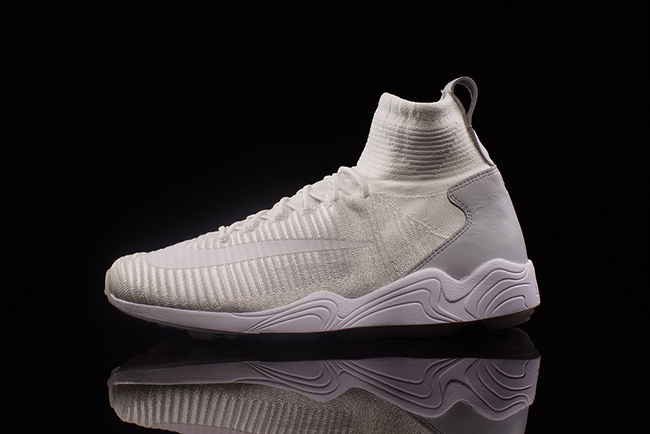 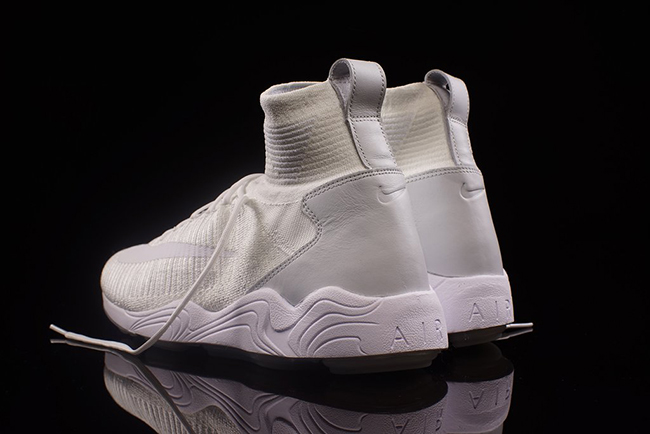 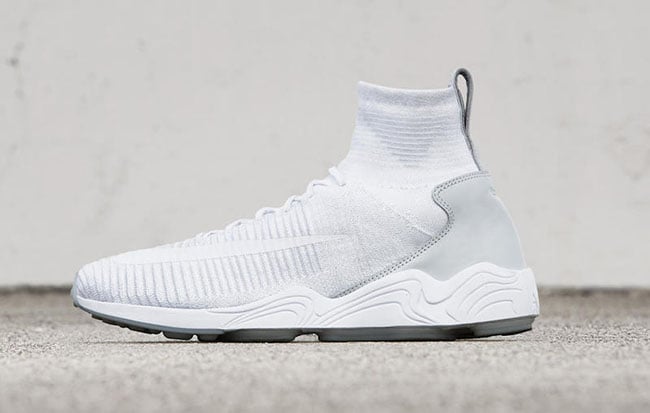 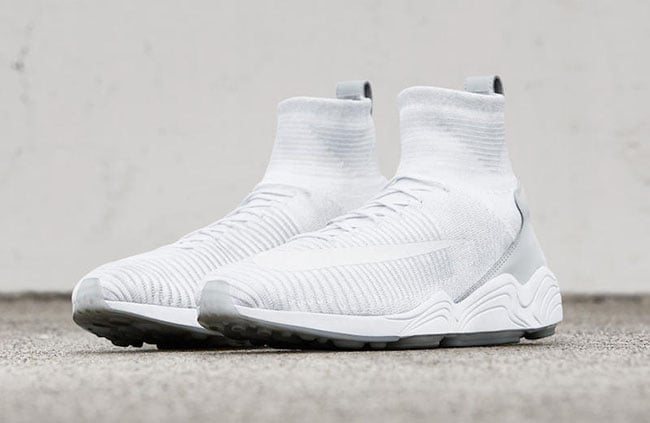 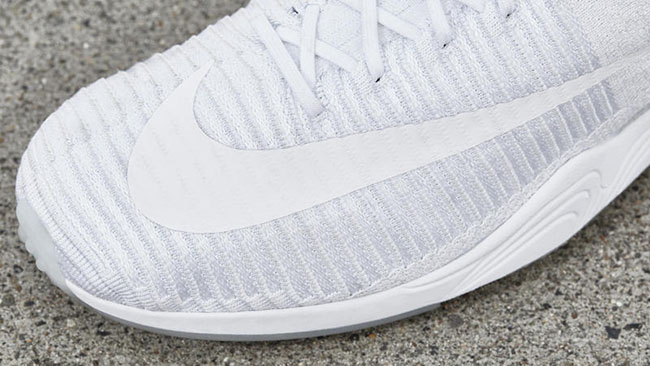