By Brian Betschart
May 9, 2011
In
NikeNike Kobe 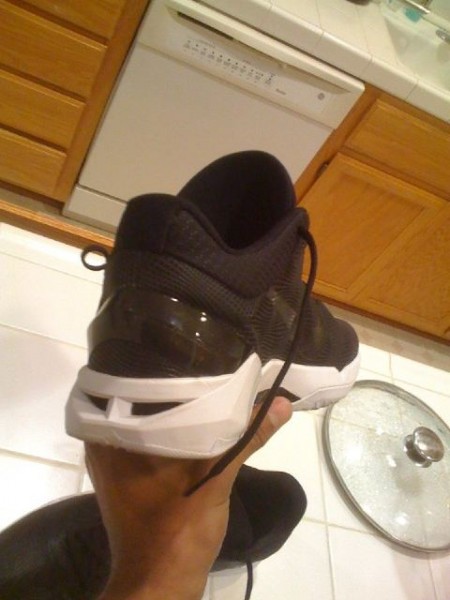 Kobe Bryant and the Lakers are sent packing as the Dallas Mavericks made a clean sweep of the 2010 NBA Champions in the Playoffs. Nike, however, never takes a day off and continue to build upon the sneaker line for Bryant no matter the outcome of the season.

Here is a quick look at what to expect from the 7th signature in the Kobe line. The cut of the shoe is still kept low, though looks to be a little higher cut than the ZKVI. Some early Samples of the shoe (seen after the jump) once featured an inner ankle neoprene sock which was an extension of the tongue. Snake skin texture is once again utilized on the upper resembling Bryant’s namesake, The Black Mamba. A TPU heel counter continues to get smaller serving its purpose only where needed thus reducing unnecessary weight. From what we can tell, the midsole, while retooled, looks to share a phylon base, carbon fiber shank and presumably Zoom Air cushioning much like previous Zoom Kobe’s. Traction in my personal opinion is very important, yet Nike continues to roll with ‘functional’ traction designs rather than traditional herringbone.

At first glance, what are your initial thoughts on the Zoom Kobe VII?