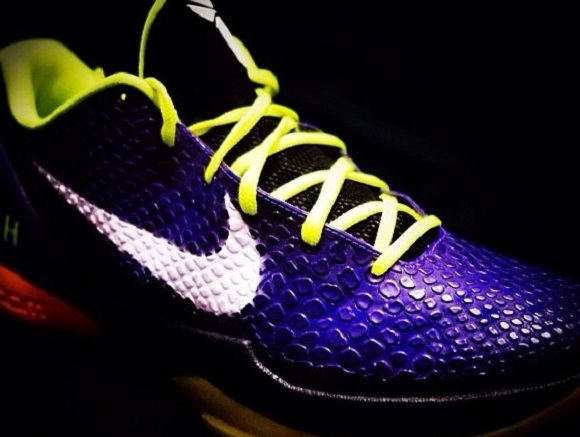 When news of the Nike Kobe “Prelude” pack hit the wire last week, it had the internet going nuts like Paul Wall with a FiOS connection. Today, we bring you a look at the Nike Zoom Kobe VI “Prelude”, which feature a colorway reminiscent of the “Chaos” Zoom Kobe VI that released in 2011. The shoes feature a purple upper that makes use of the familiar reptilian texture that fans of the Zoom Kobe VI came to know and love, with a solid white Swoosh emblazoned across the upper. Hit the jump for another look at these kicks, and let us know in the comments below whether or not you think it’s too soon to have brought back Kobe’s previous models. 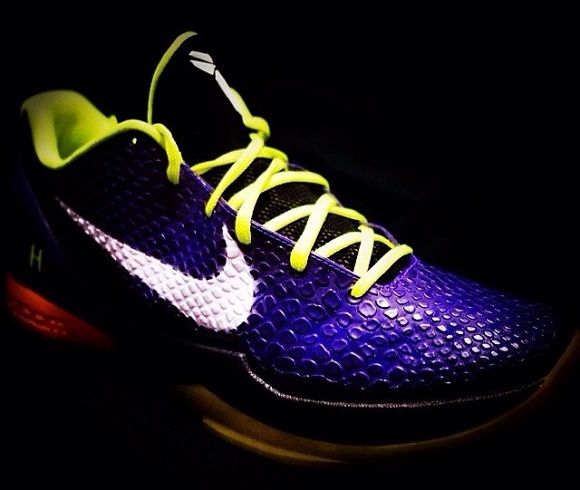 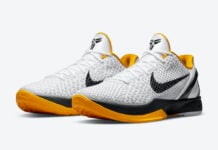