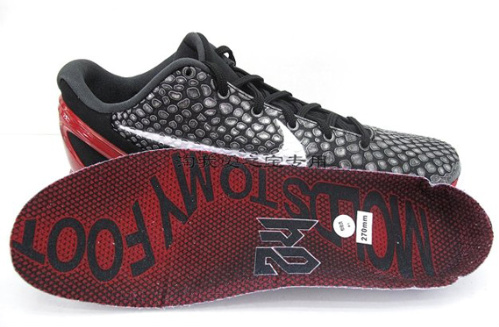 A couple weeks ago we showed you guys the black and varsity red Zoom Kobe VI thats set to release sometime in the near future. Today we have new detailed shots of this up coming colorway. A black upper, with metallic black snakeskin upper over laping most of the upper, varsity red appears on the heel counter, mid sole and tongue branding. White is used on the shoes out sole, and can also be seen on this shoes upper, on the swoosh. No exact release date has been given out, but expect a 2011 release and stay with Sneakerfiles for the lastest news. via Taobao. 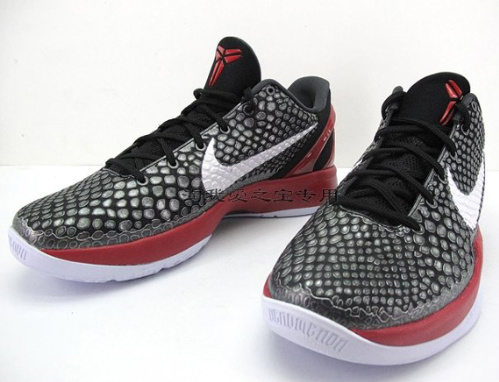 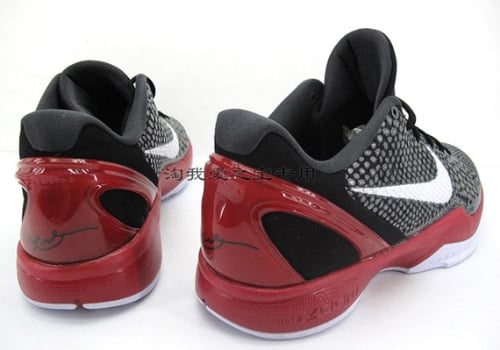 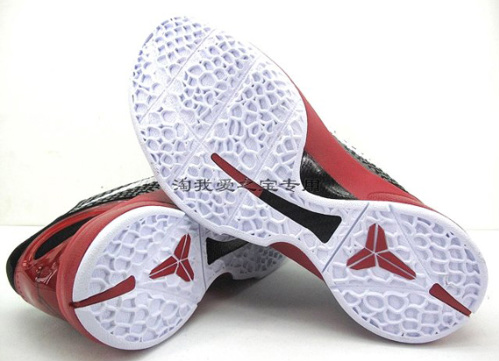 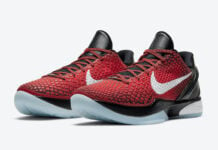