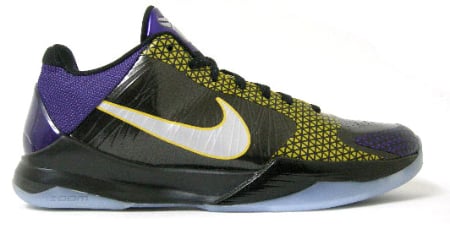 Earlier this week, we spotted the Nike Air Max Hyperize from Nike’s upcoming playoff pack, and we now have our first look at the Zoom Kobe V (5) from that same collection. This pair hosts a black upper with purple accents seen on the rear panel, toecap, and tongue, while gold accents are visible via the midpanel and swoosh. Another key aspect of this ZK5 is the use of the same gemoetric design we originally saw on the “POP” Air Max Hyperize. Expect to see the Nike Zoom Kobe V (5) – POP (Playoff Pack) at your local Nike retailers in late April. 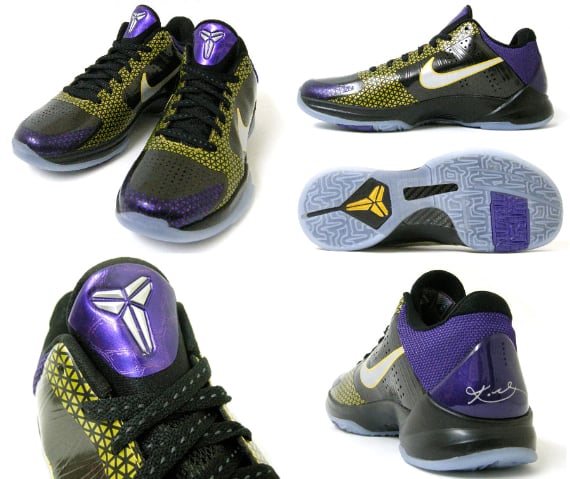 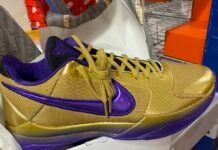