Have already seeing the debut of the fourth installment of Kobe Bryant’s signature sneakers with Nike, we get a more expanded view at a the upcoming line. The current reigning MVP’s Zoom Kobe IV is not limited to the traditional Los Angeles Lakers colors, it features more neutral make-ups including a Zoom Lebron-esque model in the first row, second column. However, we do get a choice of several Lakers inspired styles including a MPLS model. Lastly, the low-cut Kobe IV’s are finished off with Kobe Bryant’s autograph, clarifying that this is his signature shoe. Via Chajin Young. 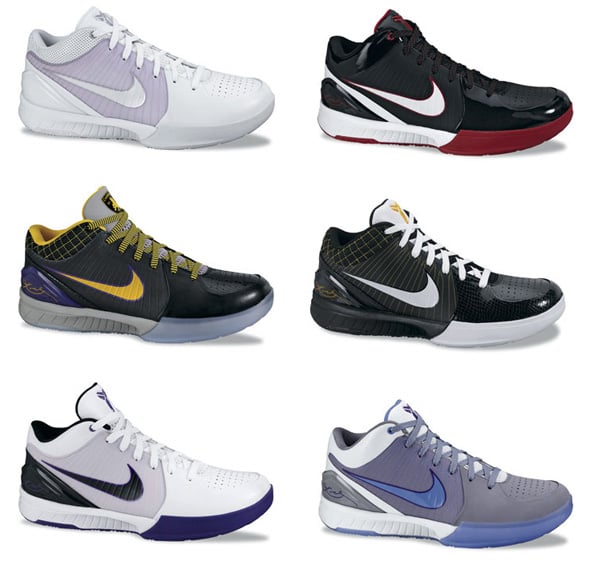 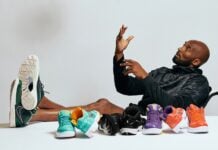