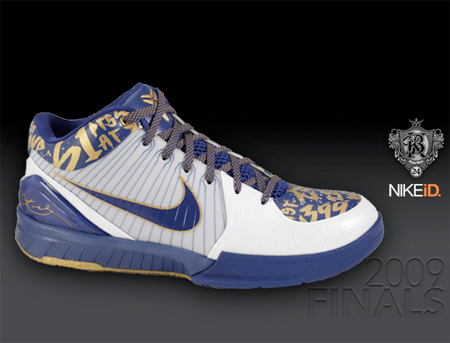 Kobe Bryant put on a show last night with his 40 points as the Lakers cruised by the Magic with a 100-75 win in game 1 of the NBA Finals. Though his performance was stellar, his sneakers weren’t too bad either. Last night, Kobe laced up a new colorway of his signature sneaker, the  Nike Zoom Kobe IV (4). Though Kobe has worn a plethora of GR colorways upto now, he walked onto the court last night with a special, Kobe exclusive ZKIV. This pair featured a white base with forum blue accents seen on the mid-sole, heel, inner lining, and toe box, while gold accents are visible via the out-sole, the Kobe signature, the logo on the tongue, and the text on the sneaker which refers back to some of Kobe’s accomplishments, such as his 61 point performance at Madison Square Garden earlier this year. Unfortunately, these will most likely never make their way to retailers, but be sure to check back to see what Kobe will be rocking in games 3 and 4. 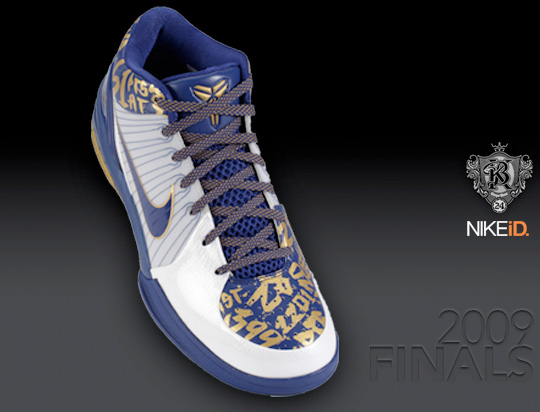 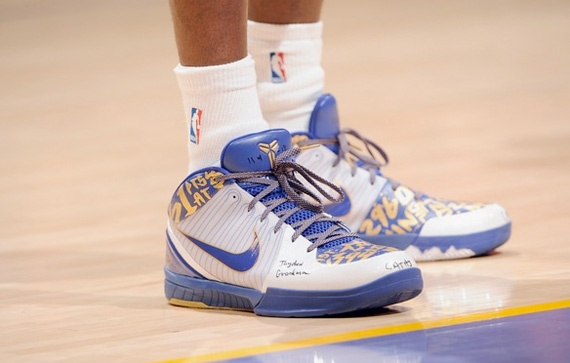