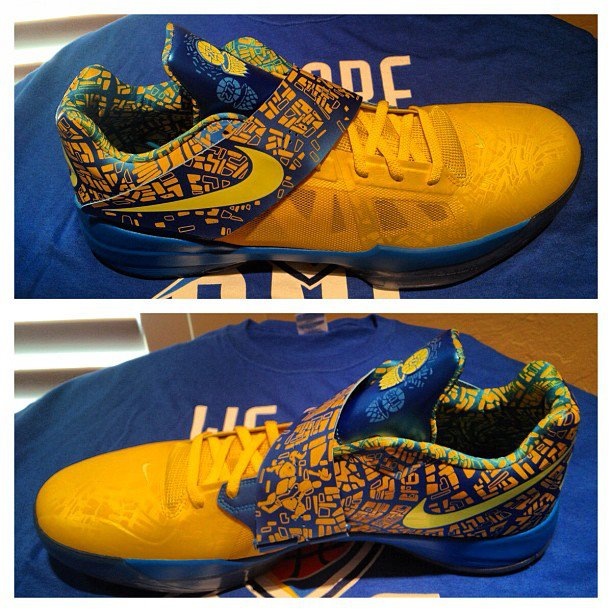 This golden yellow and blue Nike Zoom KD IV features various details on the upper including lasered graphics on the toe box, tonal laces, a compass on the heel, and shows 3 titles on the tongue that represent every year’s average.

Could we see these release soon? Maybe. Stay tuned to Sneaker Files for more news and updates. 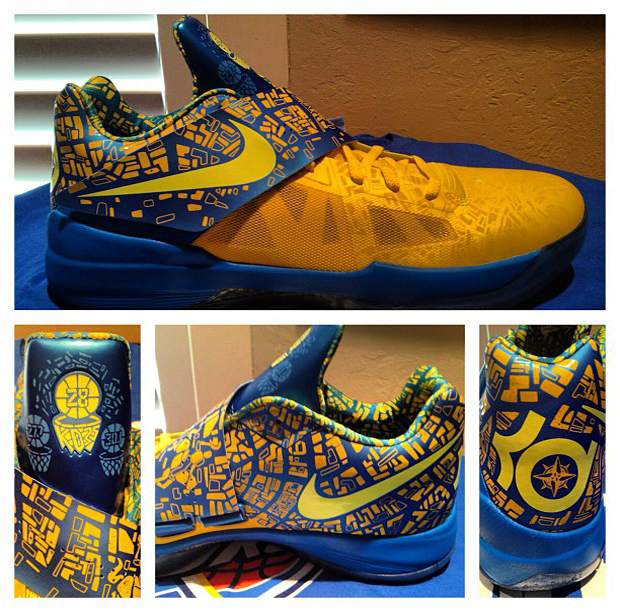 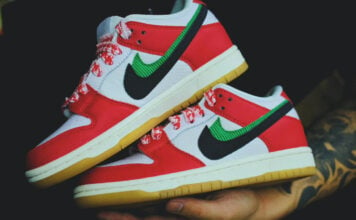