With much excitement for Kevin Durant and the continued success of his Nike Zoom KD IV collection, Nike Basketball introduces another spectacular colorway to the line up. Looking toward this year’s NBA All-Star game, the Nike Zoom KD IV “All Star Galaxy” will be released in part for KD just in time for All Star Weekend come this February 26th.

As we’ve seen other galactic themed models emerge such as the forthcoming Nike Air Foamposite One “Galaxy“, Nike too adds an interesting twist to this model with its star patterned black midsole and metallic silver upper which also features total orange accents and signature branding. Featured on the tongue is a constellation patch which we’ll be sure to bring you more images of as they become available, however, for a first image, this isn’t bad!

What are your thoughts on the new Nike Zoom KD IV “All Star Galaxy”? Leave a comment and stay tuned to SneakerFiles as we bring you more on this release! 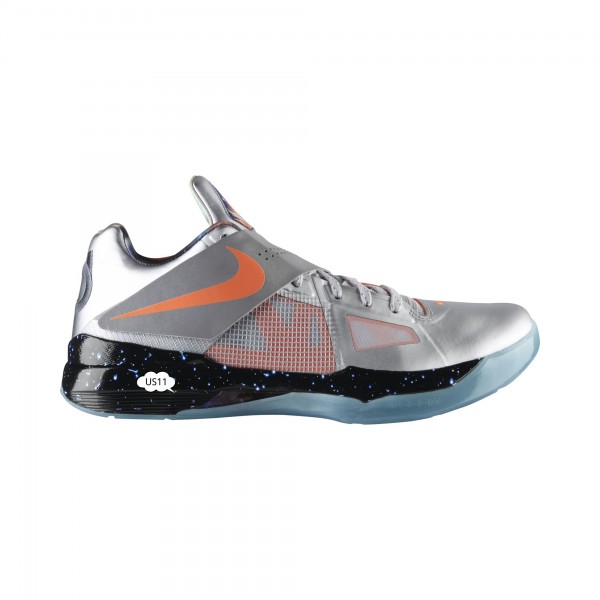