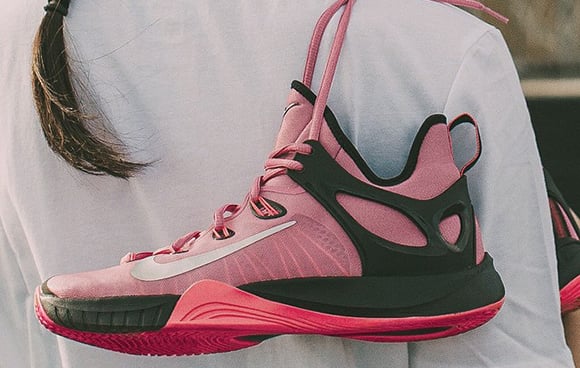 A ton of colorways have released of the Nike Zoom HyperRev 2015. Most notoriously is the All Star and two Paul George pairs. Speaking of George, if he was playing he would be be playing in this pair. Without a doubt, it would give a boost to the line. Shared by Nike Basketball is the ‘Kay Yow’ HyperRev 2015.

The Kay Yow Nike Zoom HyperRev 2015 is said to be a PE, which usually means they won’t hit retailers. Although Kay Yow inspired sneakers have launched in the past, if the HyperRev 2015 does drop there probably will just be a limited run. Featuring pink on the base and sole, black lands on the midsole and finished with a white swoosh.

Do you think Nike should drop the Kay Yow HyperRev 2015? The good news is they didn’t say if they would or wouldn’t release so the hope is still alive. 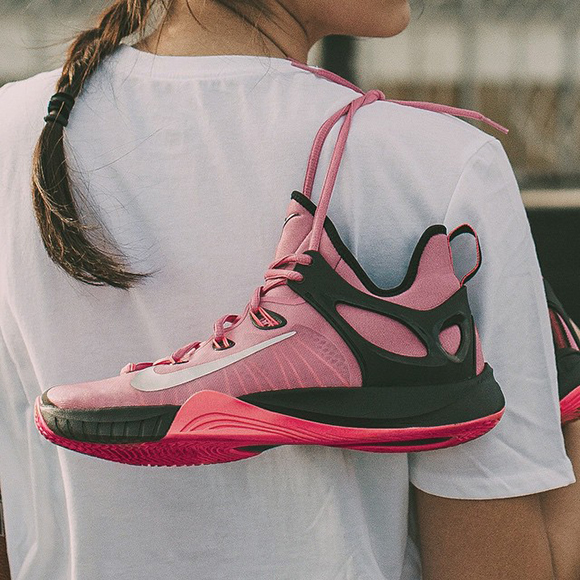