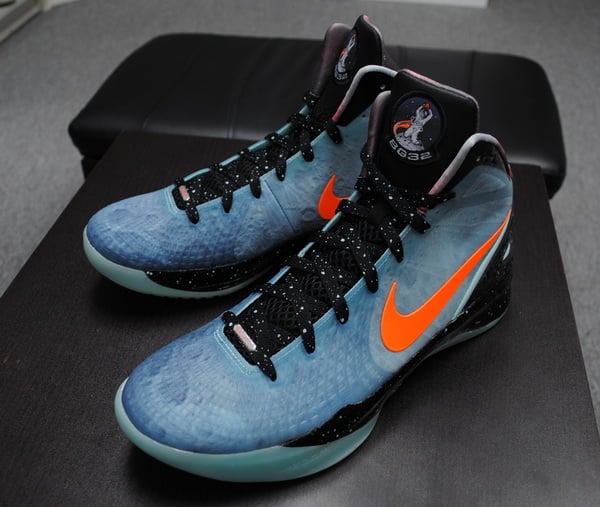 Here is yet another look at the release version of the upcoming Nike Zoom Hyperdunk 2011 Blake Griffin “Galaxy” All-Star PE.

Differing from the initial sample with less green on the upper and black laces instead of the galactic print laces, the kicks have already landed at some overseas retailers and feature a moon themed upper with a glow-in-the-dark outsole, galactic print lining and a Blake Griffin astronaut mission patch on the tongue.

Rumored to be dropping stateside as early as next month, take another look at the kicks and stay tuned for more info regarding the release. 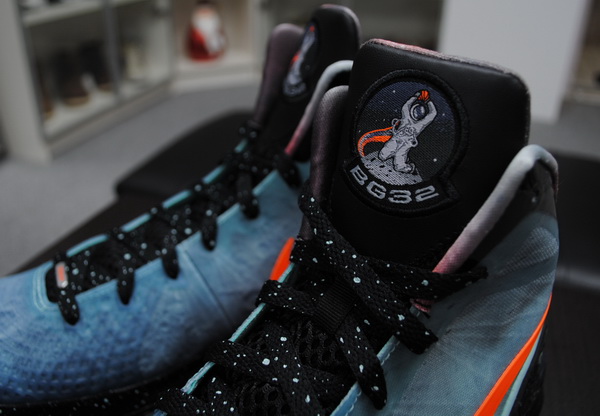 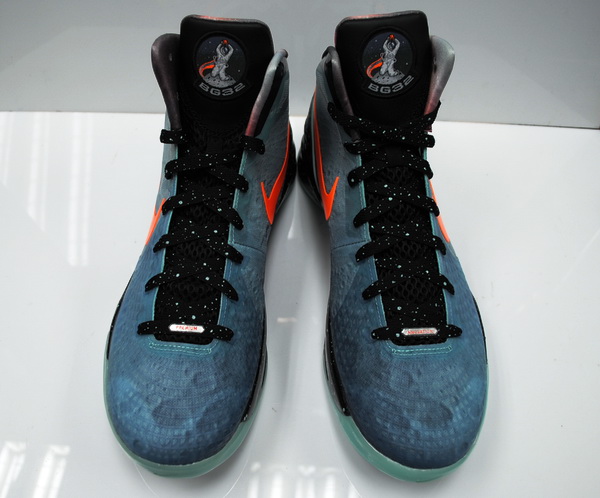 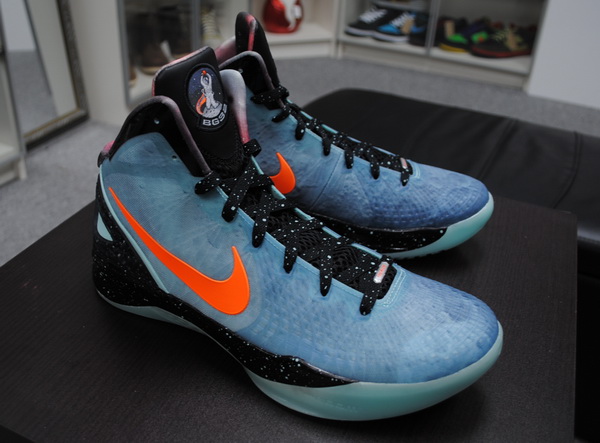 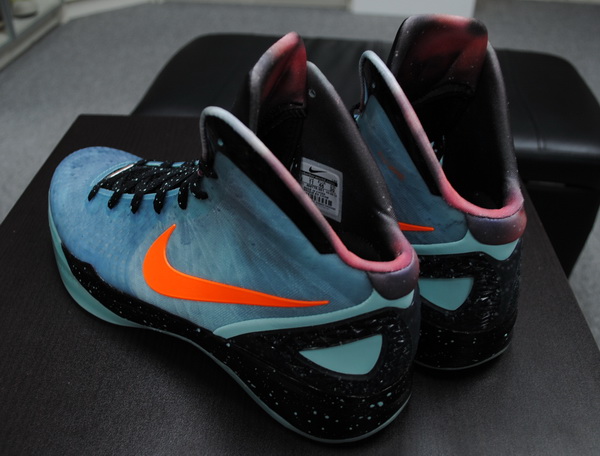 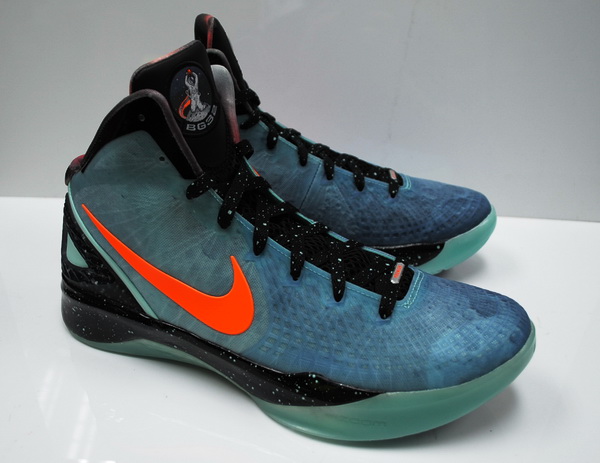 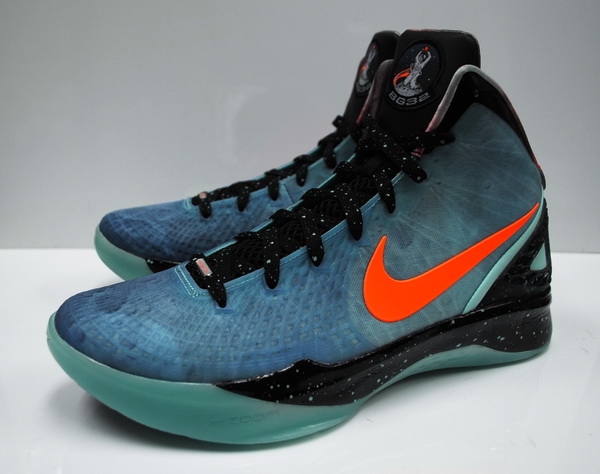 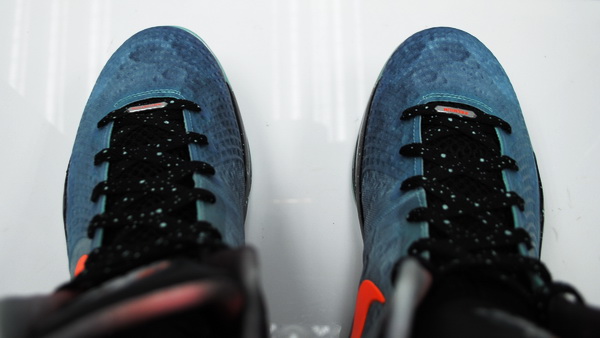 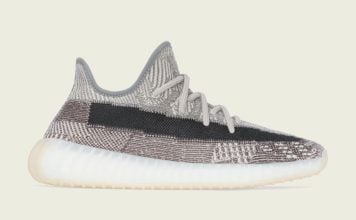