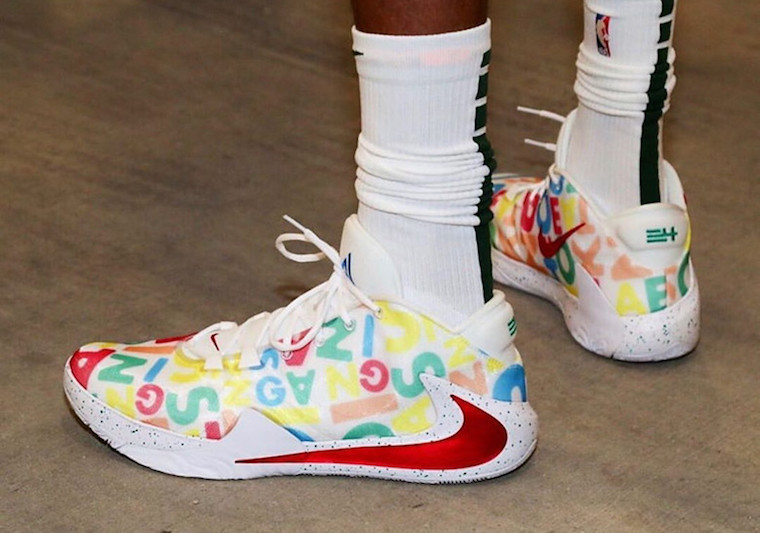 Milwaukee Bucks superstar Giannis Antetokounmpo was recently announced as the 2018-2019 NBA MVP and now he was spotted wearing his first signature shoe, the Nike Zoom Freak 1 which was given his take on the MVP treatment.

He was spotted wearing this pair during the Drew League tournament and this pair features a White base while letters are seen throughout in various shades which is from the Greek Freak’s name. In addition we have White on the midsole with a large Blue Swoosh while a speckled rubber outsole completes the look.

Below you can check out more images of the Nike Zoom Freak 1 ‘MVP’ PE which will give you a closer look. Currently it doesn’t look like this pair will release to the public, however if anything changes we will make sure to update. Make sure to visit the comments section with your thoughts.

Update 7/16: Growing up Giannis Antetokounmpo’s nickname was ‘Alphabet Soup’ due to his long name. Paying tribute to his roots, Nike created an exclusive ‘MVP’ Freak 1. We recently saw the ‘Blue Swoosh’ pair and now we have a look at the ‘Red Swoosh’. Currently both are not expected to release, however if things change we will make sure to update. 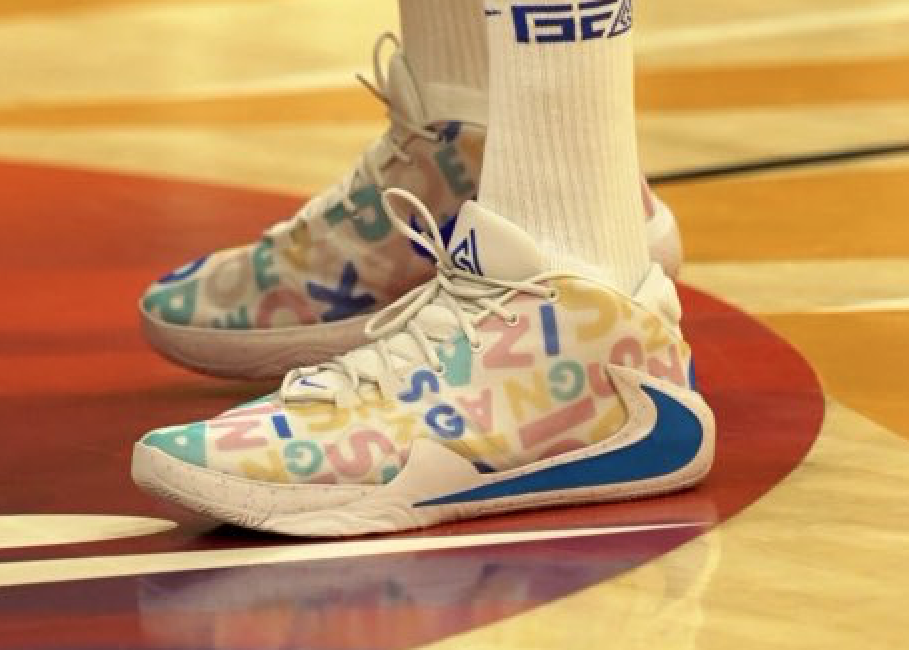 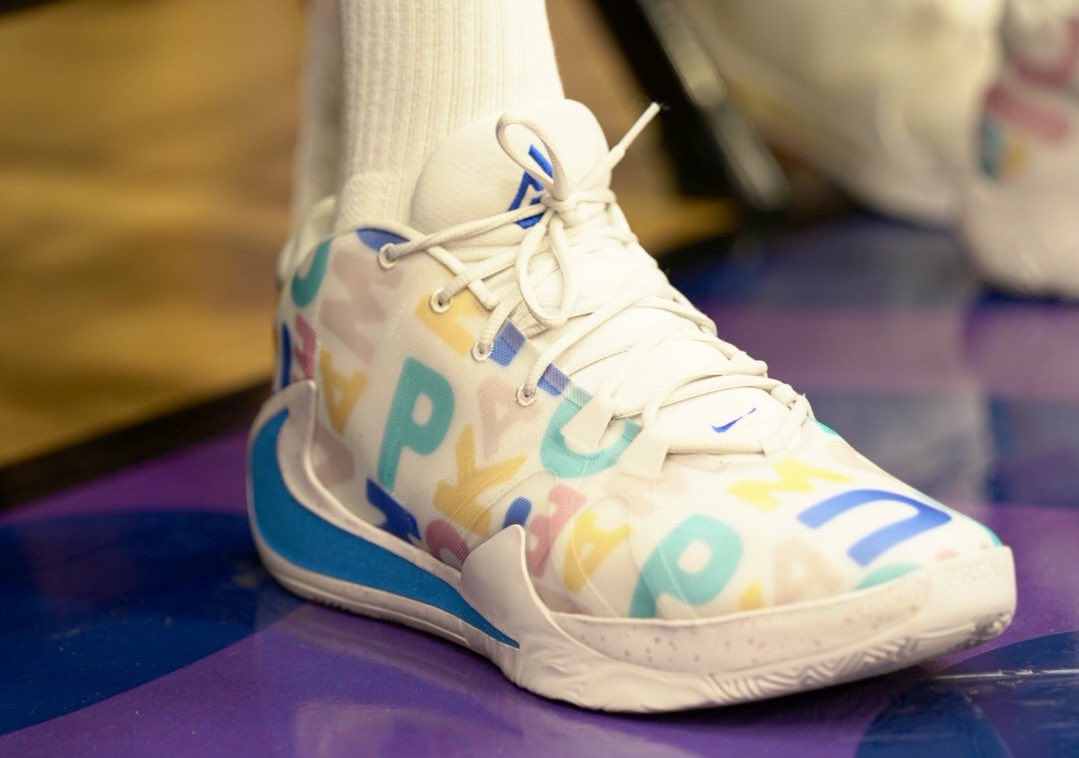 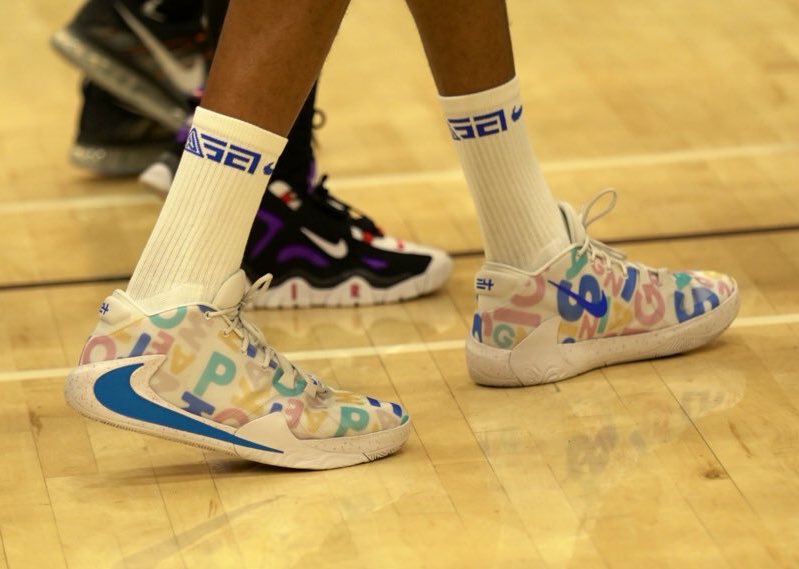