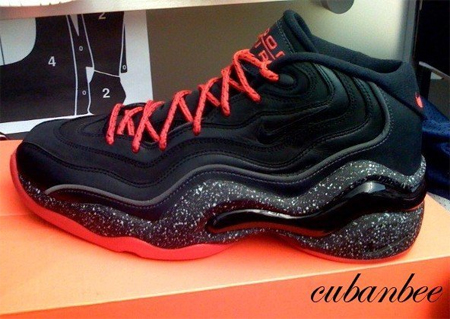 You may have remembered seeing Jason Kidd playing in his Zoom Flight 96’s in 1996 and now they are making their return. Seen above are the retro version in a red and black color-way with a speckled mid-sole. Not much has been said about the release yet but it has been reported that some pairs of the Zoom Flight 96’s have been released early have hit some stores, so keep your eyes open. Via [email protected]