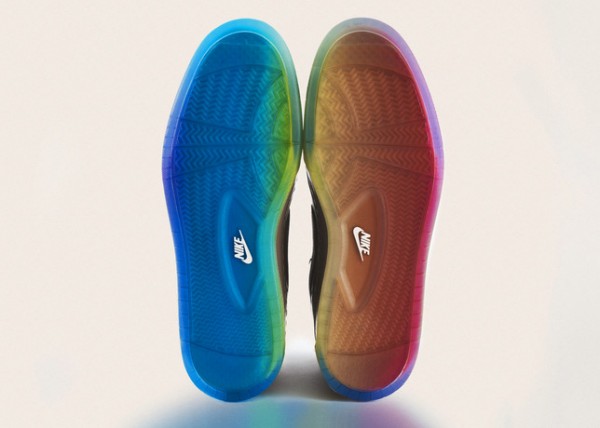 Inspired by the LGBT community in the cities of New York, San Francisco and Portland, Nike Sportswear is set to release the Be True Pride Pack this Summer.

With the introduction of the original BE TRUE campaign in 1985, some of the most storied programs in collegiate hoops finally had the footwear that allowed athletes and fans to show their school colors.

BE TRUE 2012 celebrates the achievements of the New York City, San Francisco and Portland communities as progressive leaders of LGBT life with city-specific footwear releases and accompanying hat and tee.

Nike BE TRUE Air Flytop [SF] & Nike BE TRUE Air Royal [NYC] (PICTURED): Chosen for their low-profile, trend forward take on court footwear, each model features a mix of premium materials and utilizes a tailored color palette to create a crafted and wearable shoe. Both models are highlighted by their outsoles that feature a vibrant rainbow spectrum that spans from the left to right shoe.

Nike BE TRUE Lunar Flow [PDX]: The Nike Lunar Flow is a fresh take on a classic Nike running silhouette. The model ties Nike’s modern fuse construction with a clean sport palette. Following the rainbow spectrum theme, this time the ROYGBV colors are printed onto the vamp mesh that spans from the left to right shoe.

Nike BE TRUE x Bowerman Tee: The limited-edition tee is an anthracite Dri-FIT cotton crew with a tonal reflective cross streets graphic on chest and a swoosh treated with the rainbow spectrum on back neck. 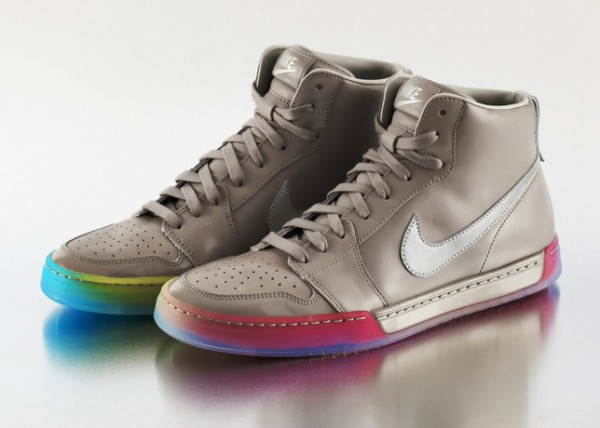 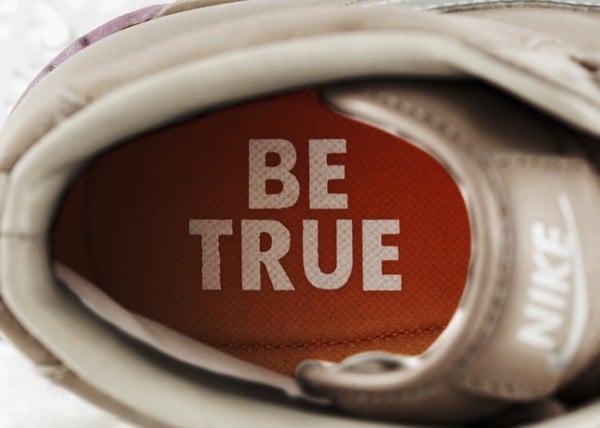