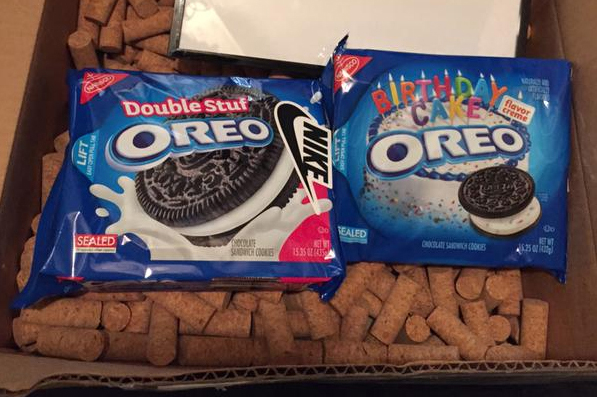 Nike just trolled a user on Twitter in the worse way, yet probably one of the funniest things we have seen from the brand.

Going by @Est1991__ on Twitter, he asked Nike “how special you have to be to get gifts from Nike like shoes and stuff”. Shortly after he received a package with Oreos and Corks. But there was a catch, he actually received two packages of Oreo cookies by Nabisco and the box was filled with wine corks.

All in all it seems like a prank that went over well. He did receive some “free stuff” from Nike and even seemed happy about it, although it wasn’t what he expected. Nike even followed up saying “Got Eem” on Twitter when he shared the image of his care package. 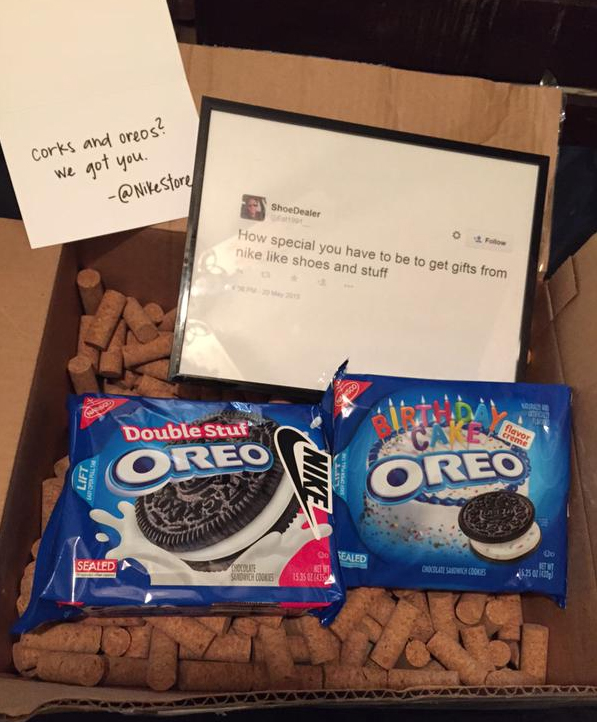