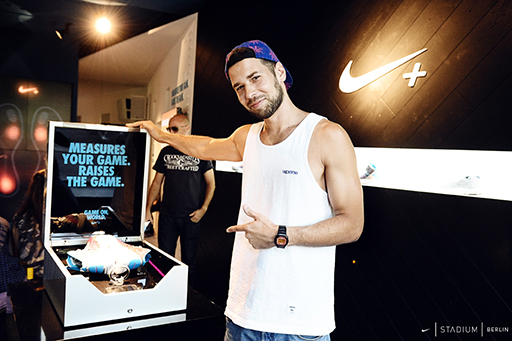 Nike Stadiums presents a look back at this weekend’s Trial Zone activities at various NSW flagships across the globe.

Greatness is ours. On August 12th the Nike+ community had the most active day ever, earning 596,317,887 NikeFuel. With 86 countries and 25,678 cities contributing to the record to define greatness. Nike Stadiums in New York, London and Berlin joined in the global pursuit with the Nike+ Trial Zone challenge culminating in each city.

In New York, a select group of teams went head-to-head over a thrilling two hour team face-off, earning points and measuring their game with the new special editionNike Hyperdunk+.

This new technology utilizes the next evolution of Nike+ Pressure Sensors built to collect information of how high, how hard and how quick players move in their workout or their game. In the final conclusion Kwame Adams claimed victory for his team taking home a ceremonial award pack worthy to wear atop any plinth.

Participants at London‘s 1948 community and retail space joined together at a closing event that ended a week long showcase of skills. As the last ten minutes drew to a close, Mehdi Lacoste led with a 105.7 CM vertical only to be beaten by Tom Tripp, who managed to win the challenge with a massive 113.6CM vertical jump. He took home the Nike+ Console Case, a pair of special edition Nike Hyperdunk+ and Nike+ Fuelband Ice.
In Berlin over 100 guests came to cheer on the 58 competitors taking part in the Vertical Challenge, also competing for the complete Nike+ Console Case. The final award went to Tom G with a score of 82.3 cm, a basketball player and former winner of the PXA Tournament Trophy. Tom was joined by Diana Q of Berlin’s Cookies club, representing with the highest vertical for women at 57.4cm.
Read more about the special edition Nike Hyperdunk+ here and visit gameonworld.nike.com to see how you to can #findgreatness. 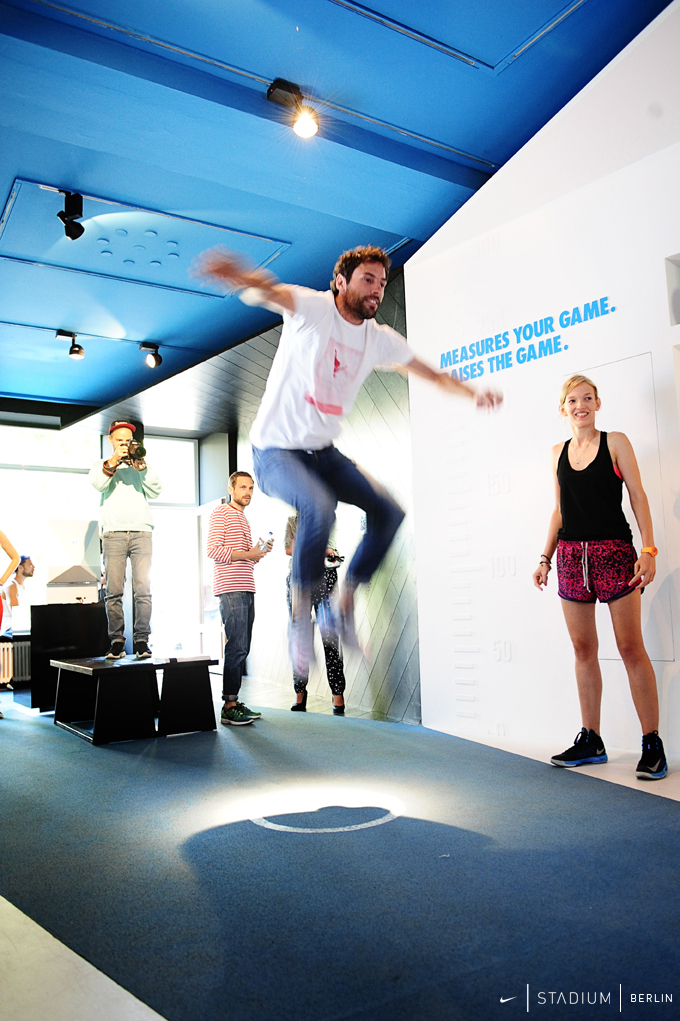 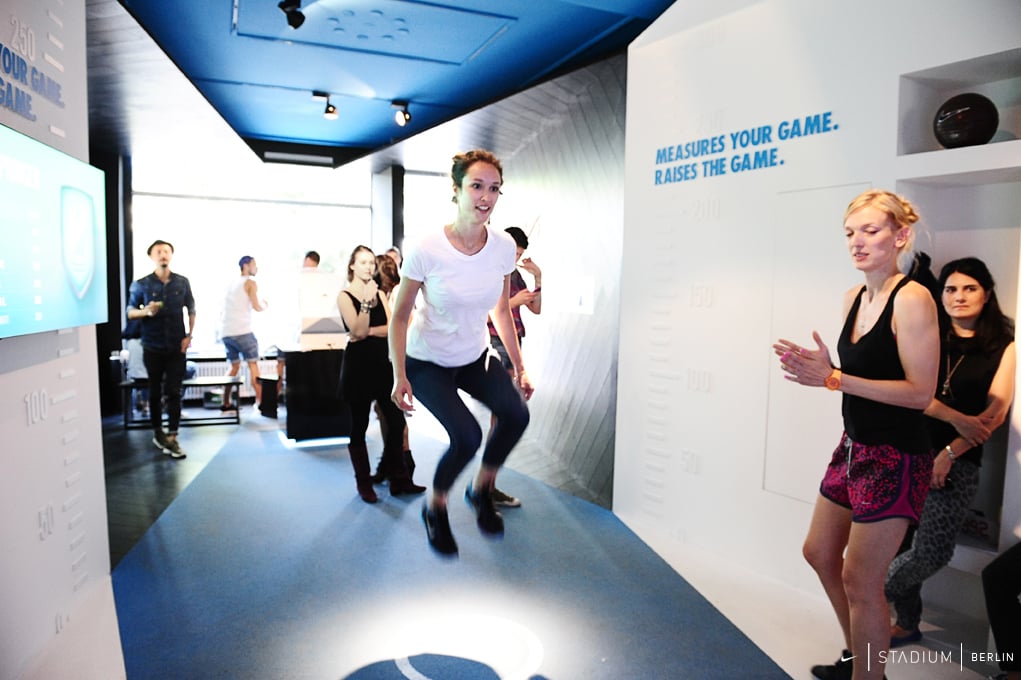 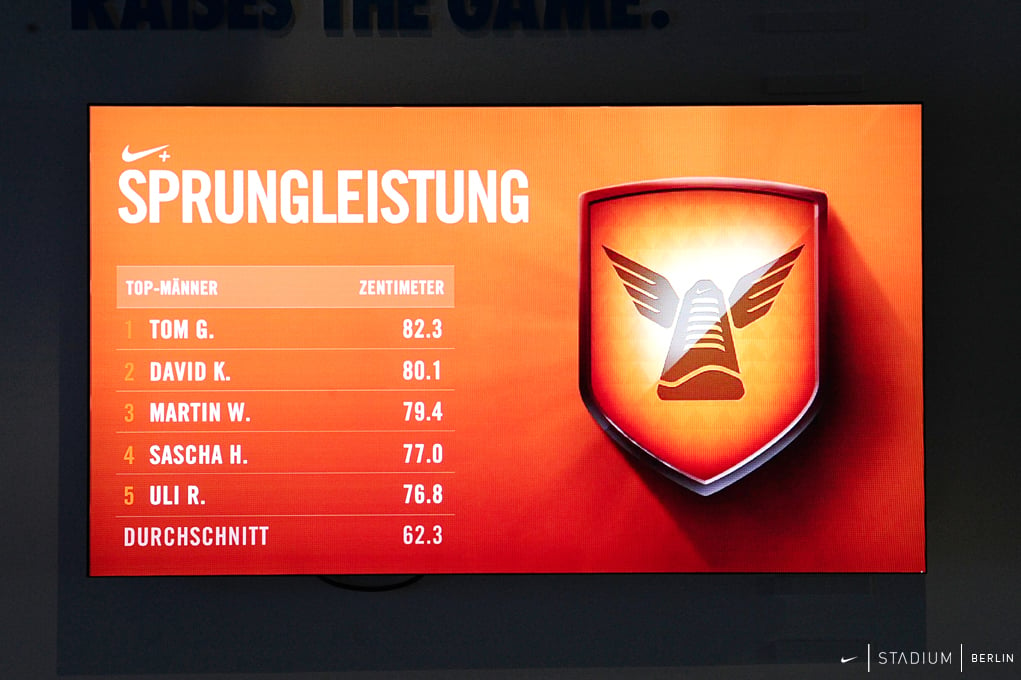 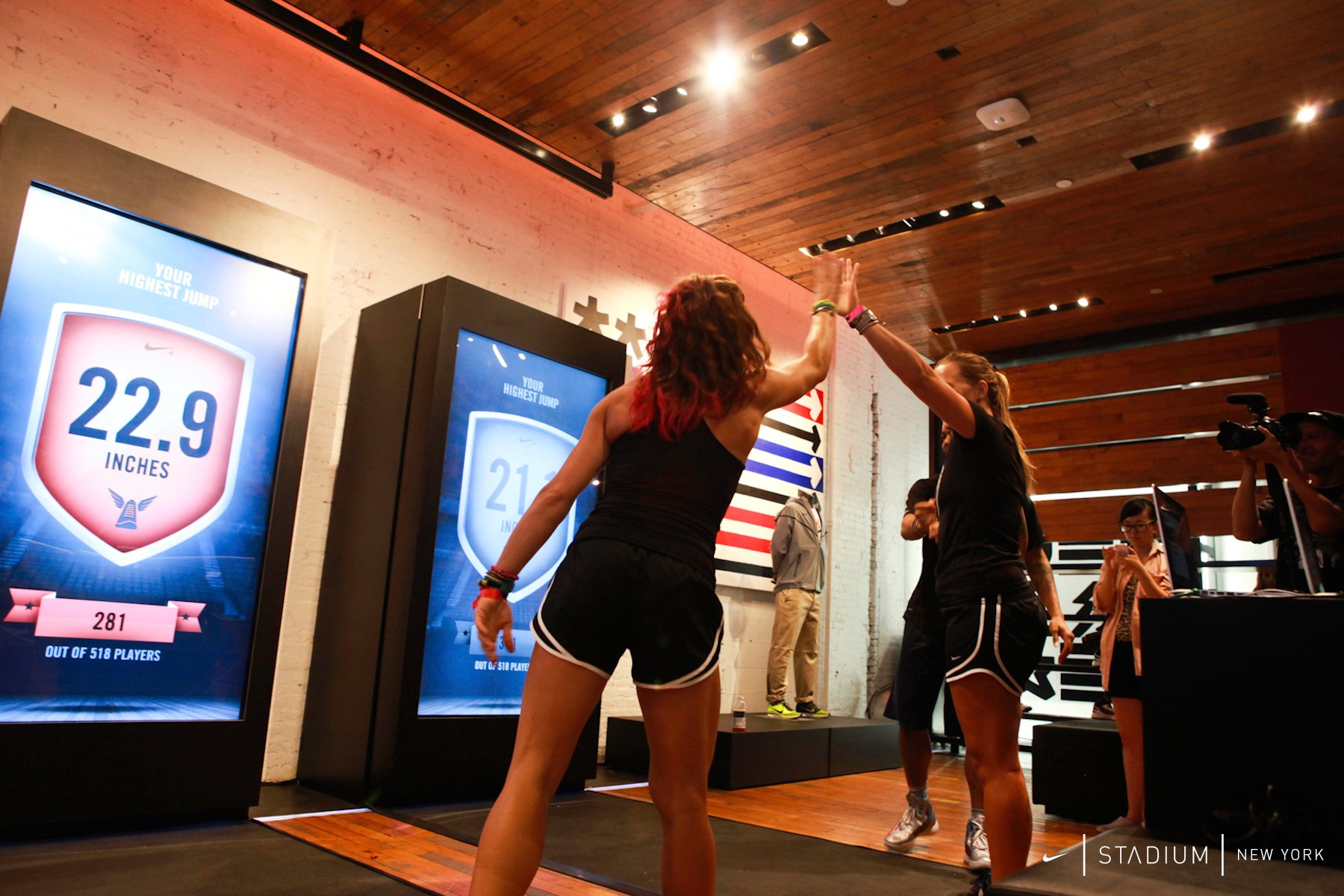