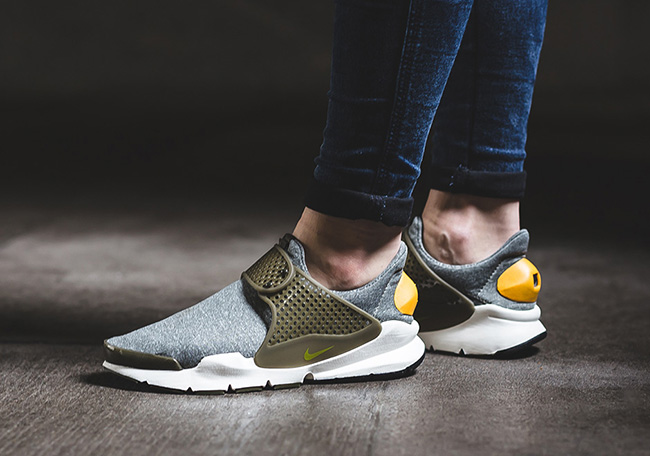 This Fall inspired Nike Sock Dart comes in Dark Loden, Gold Leaf and Sail color theme. Across the base is the use of Heather Grey textile while Olive Green hits the mid-foot strap and toe cap. Following is Gold that lands on the heel. Other details include a White speckled midsole and Black on the outsole.

Continue to scroll below to check out more photos of the Nike Sock Dark in Dark Loden and Gold Leaf which will show you how they look on feet. For those that want to pick up a pair, they are now arriving at Nike Sportswear retailers overseas like Titolo. Retail price is set at CHF 159.90 which comes out to be about $162 USD. Only select women’s sizes are available. 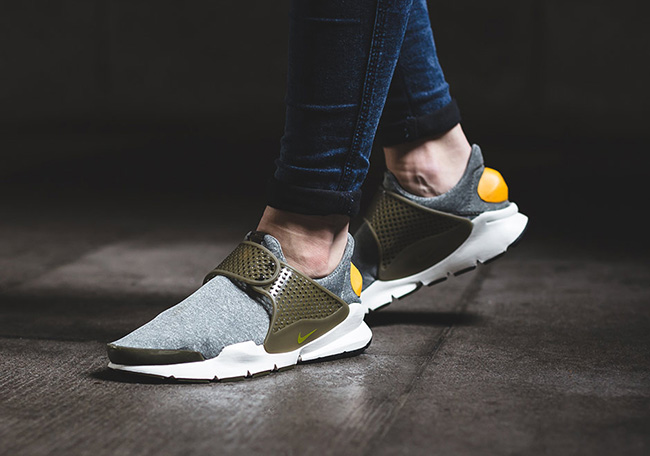 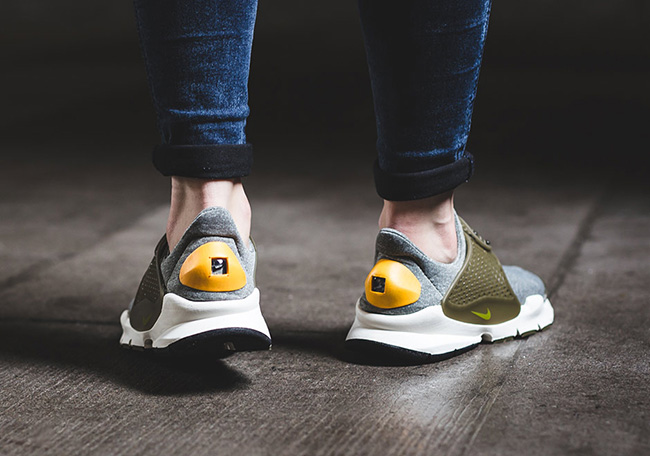