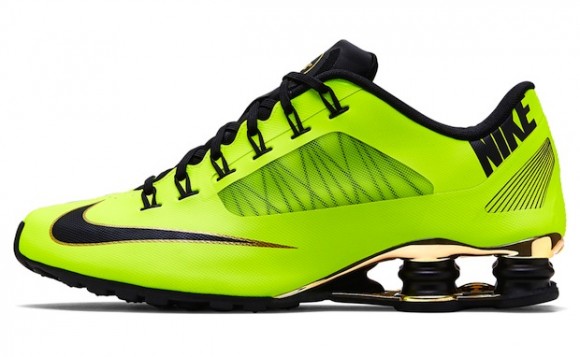 In preparation for the upcoming World Cup in Brazil this June, Nike Sportswear is giving us some visuals for an additional sneaker model in their Nike “Magista” Pack, dropping May 22nd.

The Nike Shox “Magista” is an electric volt tone, which is present throughout the “Magista” Pack, and has minimal metallic gold accenting. Black plagues the shoes on the outsole, tongues, branding and visible Flywire in midfoot panels. Gold adds a touch of lux to these running shoes by wrapping the Shox unit in the midsole and outlining the Nike Swoosh along the side.

The gold looks great with the vivid yellow, and gives these Nike Shox a slight lifestyle sensibility. If these are a pair you’re interested in copping, check with your Nike

retailer on May 22nd!