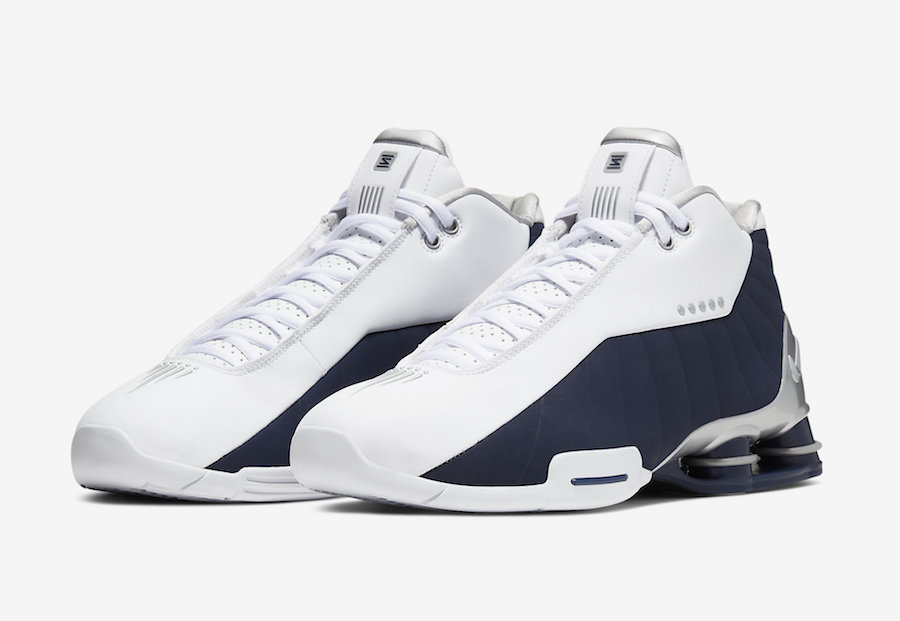 The Nike Shox BB4 ‘Olympic’ will make another return which was announced last year. This classic was originally worn by Vince Carter.

Vince Carter originally wore this Shox BB4 during Summer while playing in Sydney. One of the most iconic moments for this pair was his iconic dunk (photo seen below) on Frederic Weis during the 2000 Olympics.

Featuring a White, Metallic Silver and Midnight Navy color combination. Highlighted with White leather on the upper and Navy Blue suede on the panels. Following we have Metallic Silver detailing. Completing the Olympic theme is Red stripes on the heel.

You can expect the Nike Shox BB4 ‘Olympic’ to release at select retailers during Fall 2019. Retail price is set at $160. Once more information is available we will make sure to update. Below you can check out more images which will give you a closer look.

Update 9/2: First expected to launch during June, the ‘Olympic’ Nike Shox BB4 will launch sometime this Fall. Below you can check out the official photos. 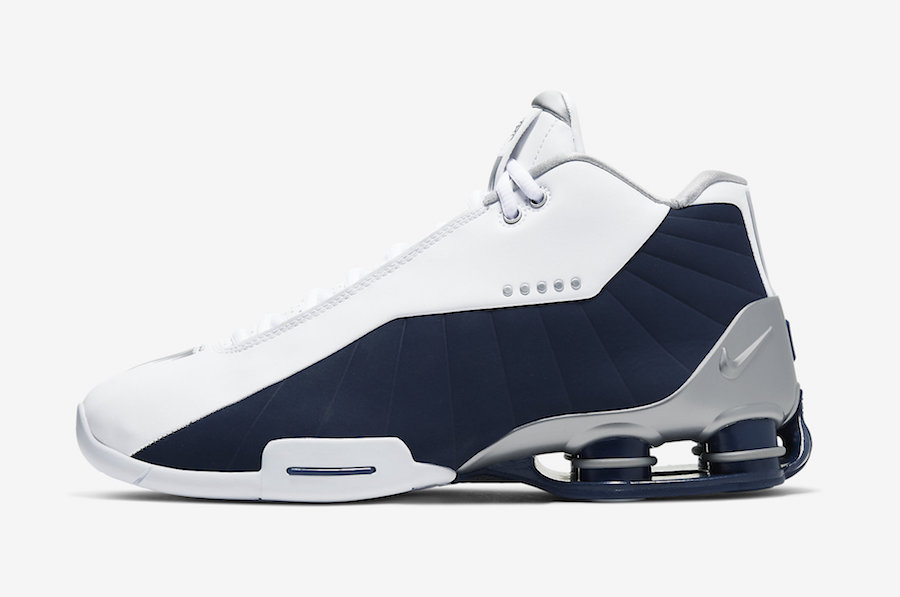 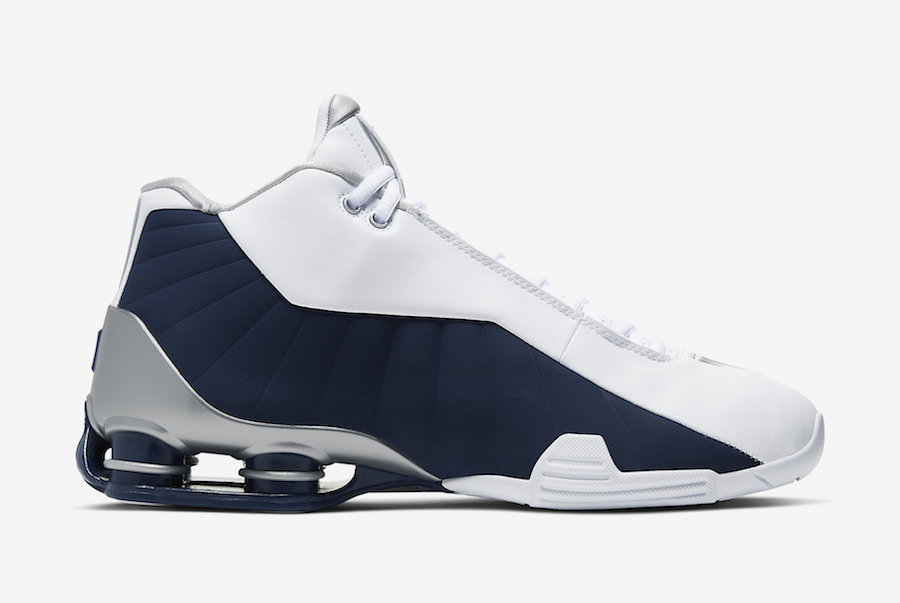 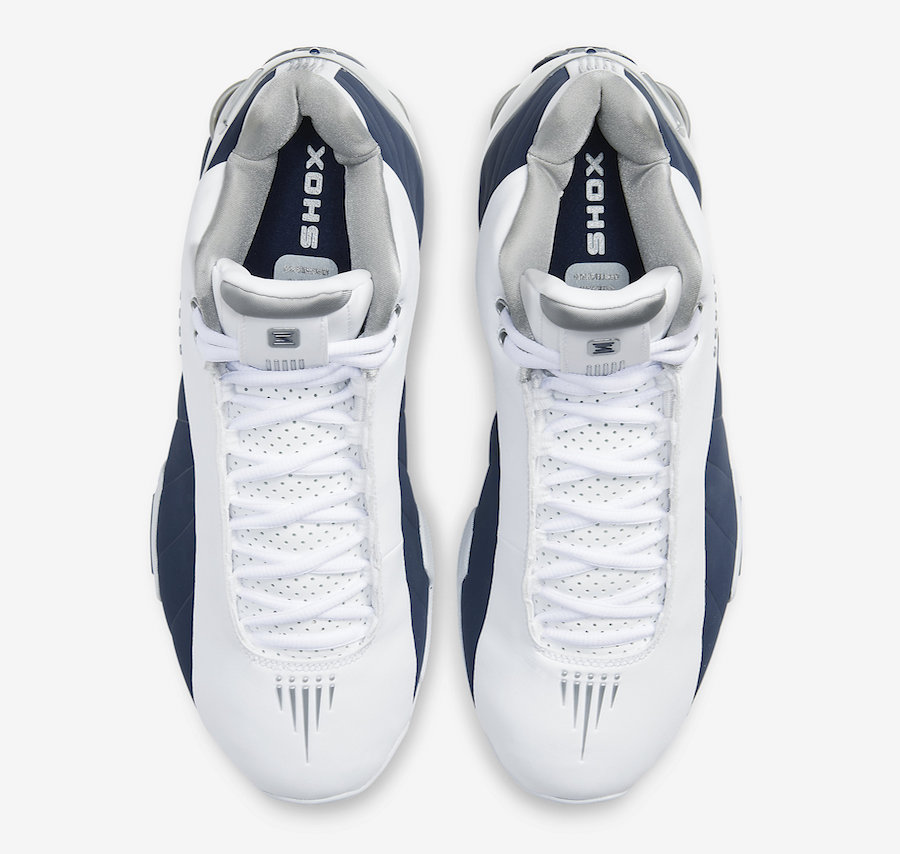 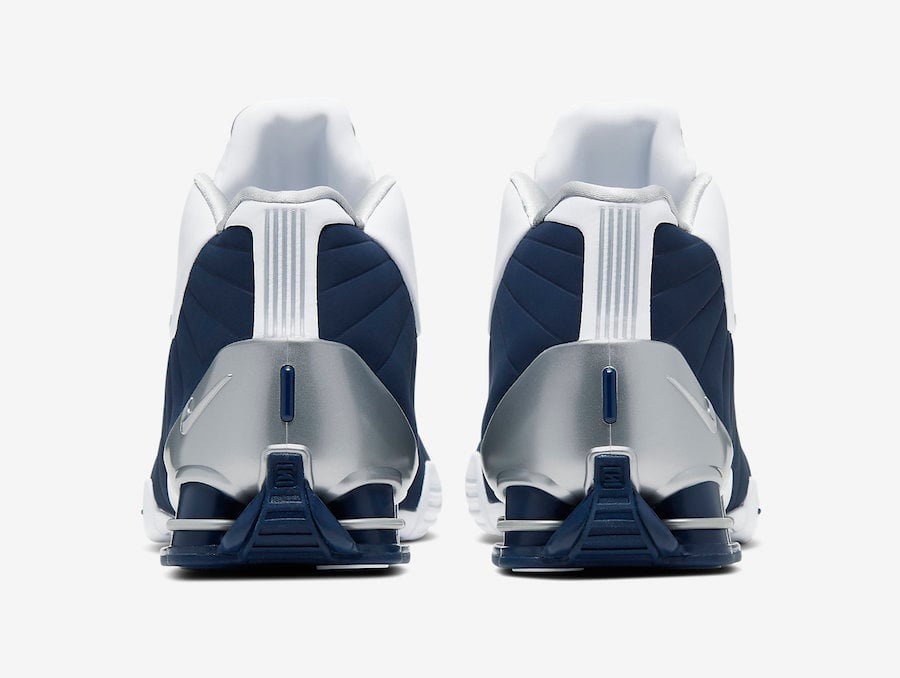 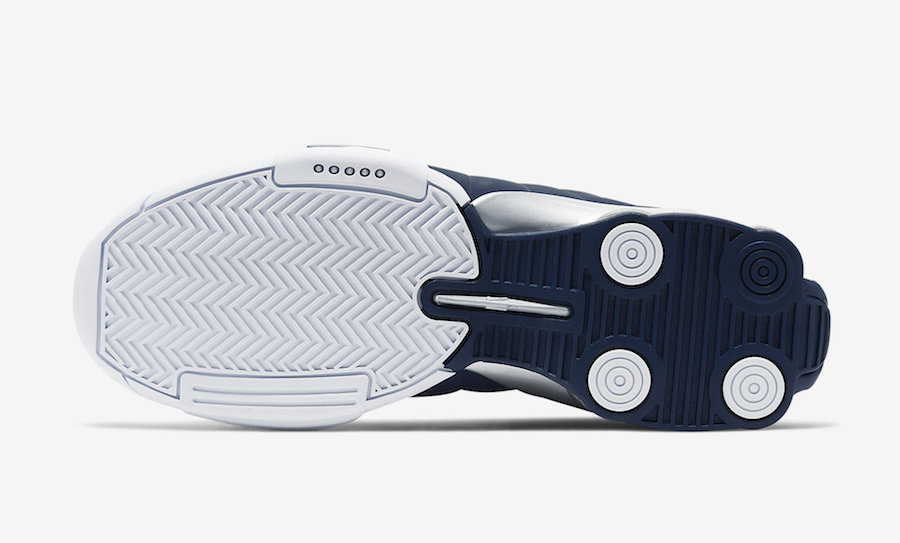 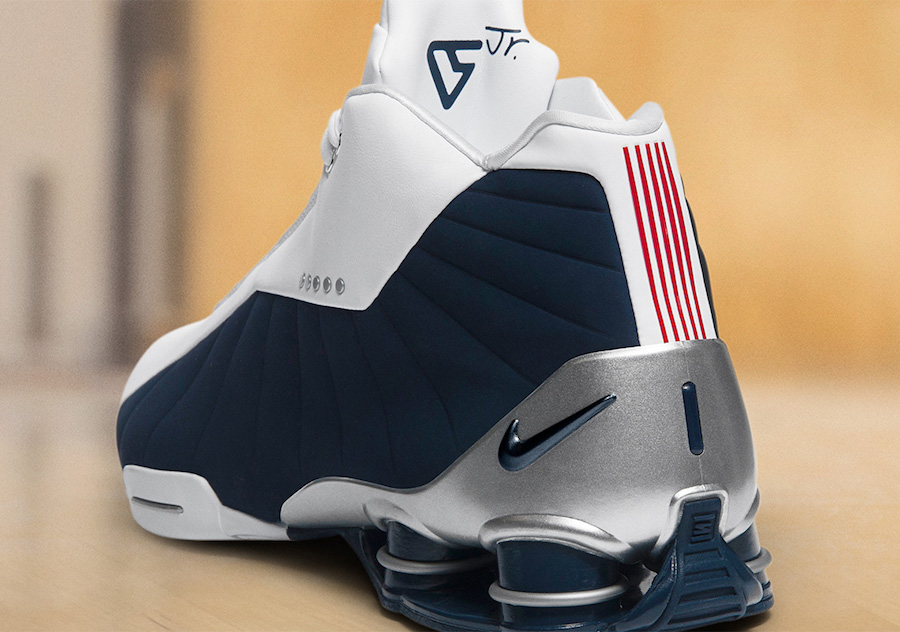