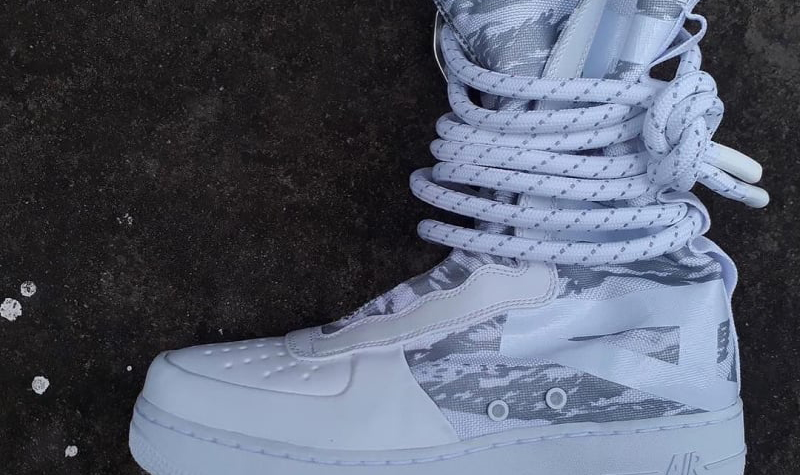 We are receiving more previews of the upcoming Nike SF-AF1 2.0 release which will debut during the Holiday season. Recently we showcased a pair in ‘Orange’ but now we have a first look at the Nike SF-AF1 2.0 ‘White Tiger Camo’.

This Nike SF-AF1 features a predominate White takeover while hints of Grey is also spotted. Constructed with leather and ballistic nylon, they are highlighted with camouflage with AF1 written on the side. Finishing the look is the new bungee wrap laces.

At the time of writing, release information for the Nike SF-AF1 2.0 White Tiger Camo has yet to be announced. However the model will start to debut during Holiday 2017. Once we have specific release details and a retail price, we will make sure to update you. Below you can check out another image and make sure to visit the comments section with your thoughts. 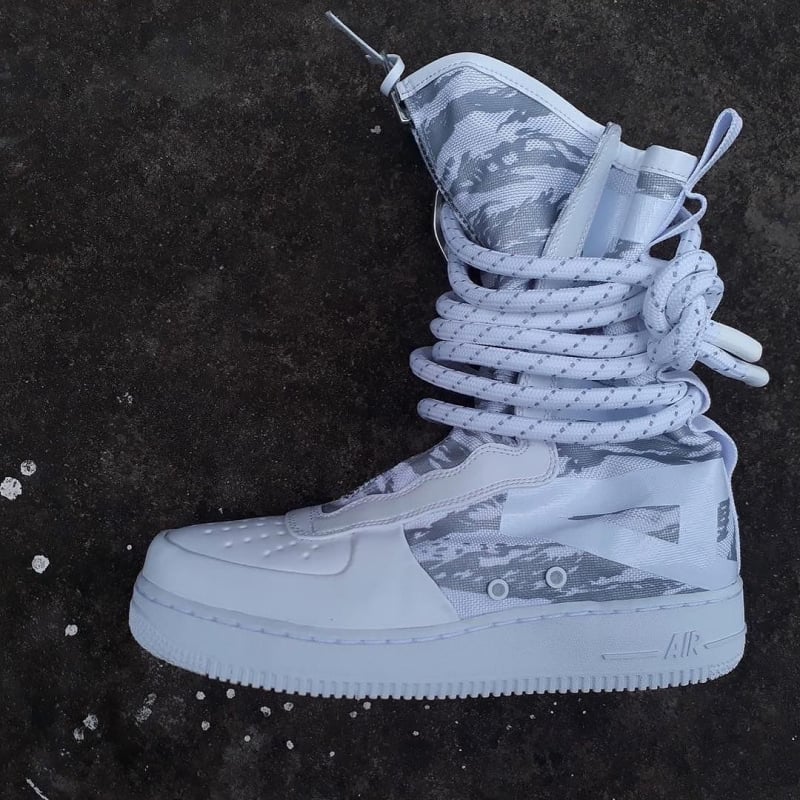