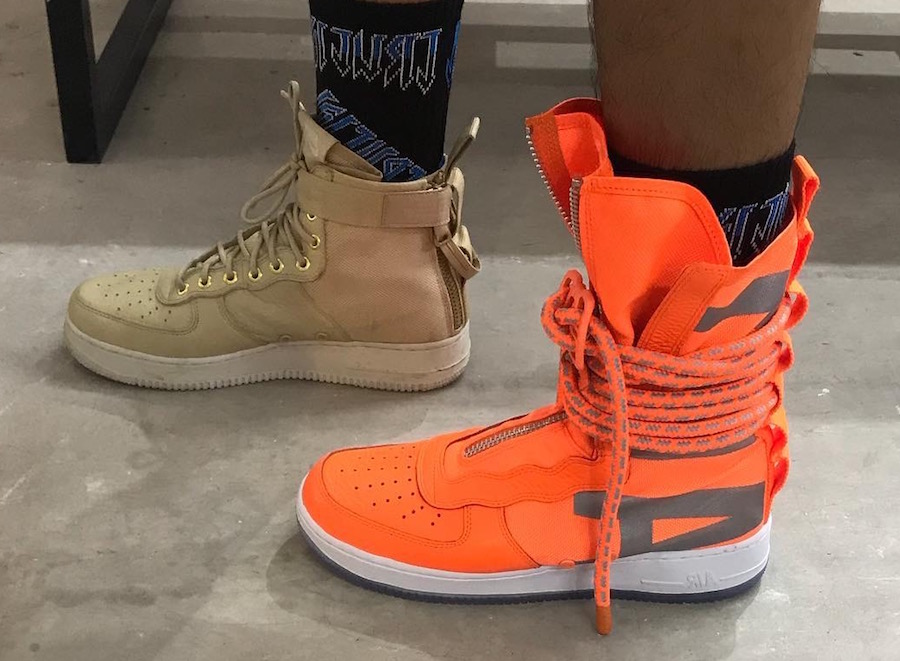 The Nike SF AF1 2.0 is a follow up to the initial launch which features a new look. The sequel will start releasing during Holiday 2017.

There are some changes between the Nike SF-AF1 2.0 and previous model, however the two share a similar construction of ballistic nylon and leather. The 2.0 will lack the bungee buckle but instead use a lacing system that wraps the heel with thicker laces. You will also notice multiple loop holes on the heel for you to adjust the laces. The tongue features a zipper which will allow you to easily put them on or take them off. Aside from the 2.0 appearing to use a high build, you will also notice AF-1 running by the heel.

Although you can expect different colorways of the 2.0 Nike SF-AF1 to release, the pair shown features a Black and White color combination. Black covers most of the uppers while mixing in with White on the laces. White is also seen across the AF-1 underlay, midsole and running across the outsole.

At the time of writing, a specific release date for the Nike SF-AF1 2.0 has yet to be announced however they are apart of Nike Sportswear’s Holiday 2017 collection. Once we have more images along with colorways, retail price and dates, we will make sure to update you. Let us know your thoughts on the SF-AF1 2.0 in the comments section below. 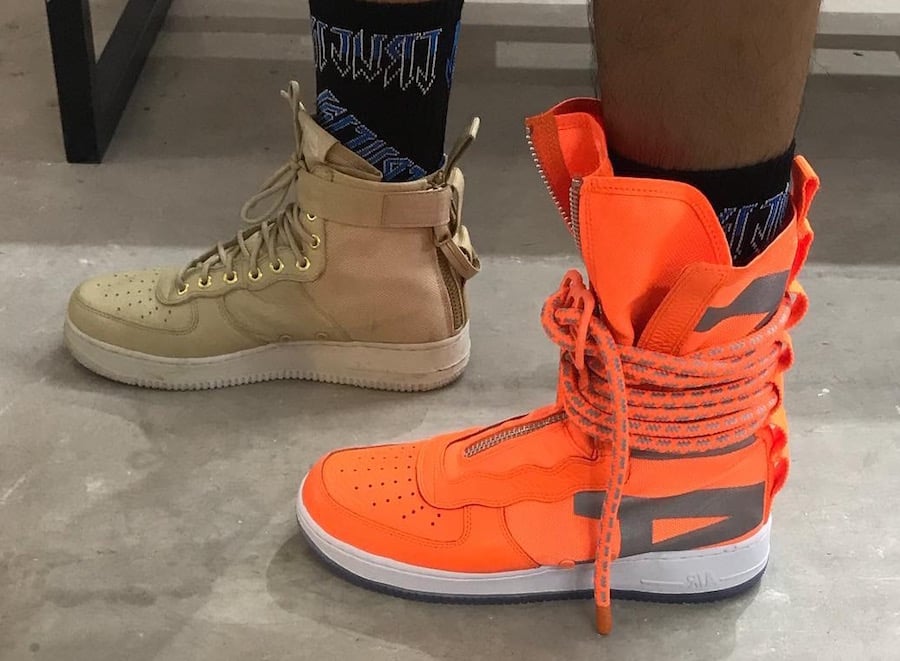 Update: Another look at the Nike SF-AF1 High 2.0, this time in Orange and White. 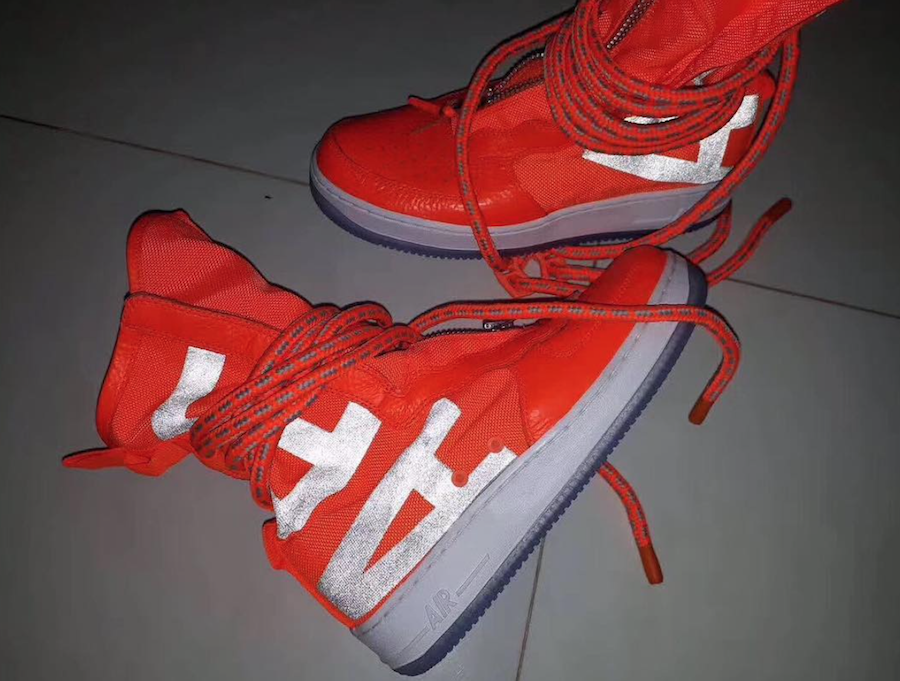 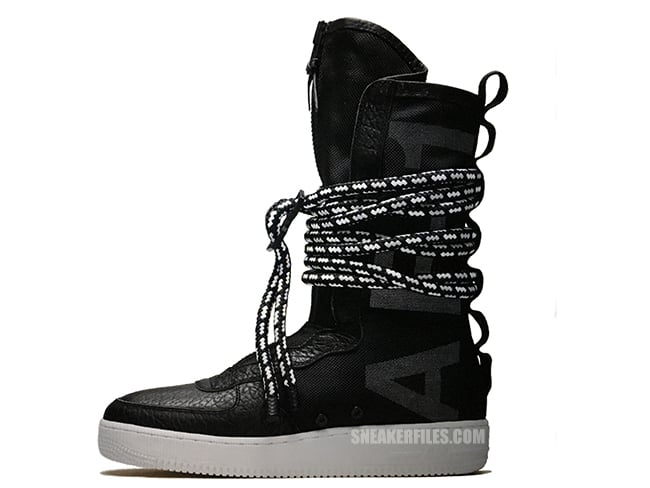