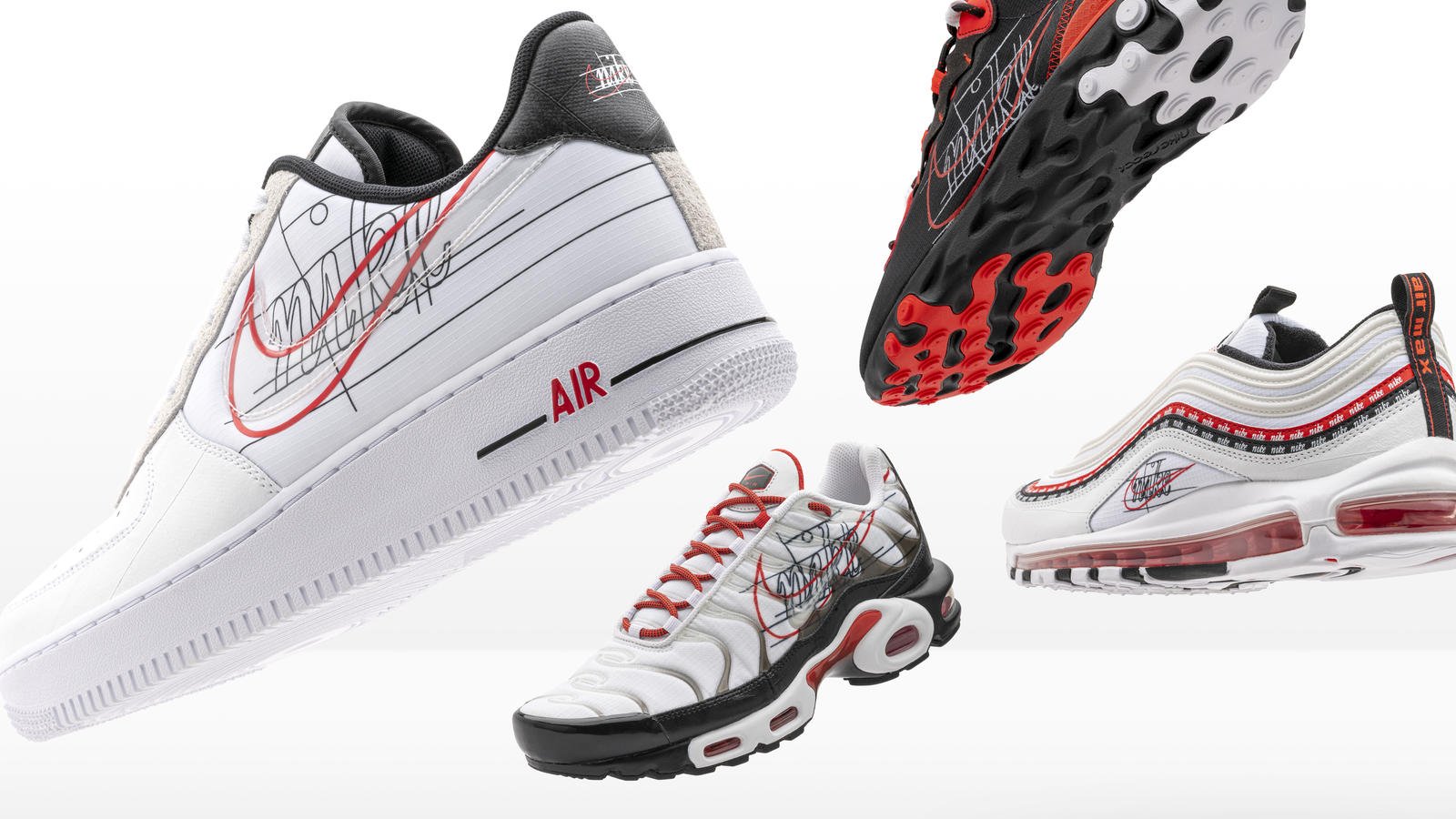 The Nike Swoosh was drafted in 1971 by graphic design student Carolyn Davidson. Since then, it has transcended sport and become one of the world’s most recognizable logos.

The new Script Swoosh Pack overlays Davidson’s hand-drawn Swoosh on the Nike Air Force 1, Air Max 97, Air Max Plus and React Element 55. The highlight of each pair is a Script Swoosh placed on the side panels.

You can expect the Nike Script Swoosh Pack to release in men and kids sizing at select Foot Locker stores on August 10th. Continue to scroll below to check out more images which will show you a full look at the upcoming collection.