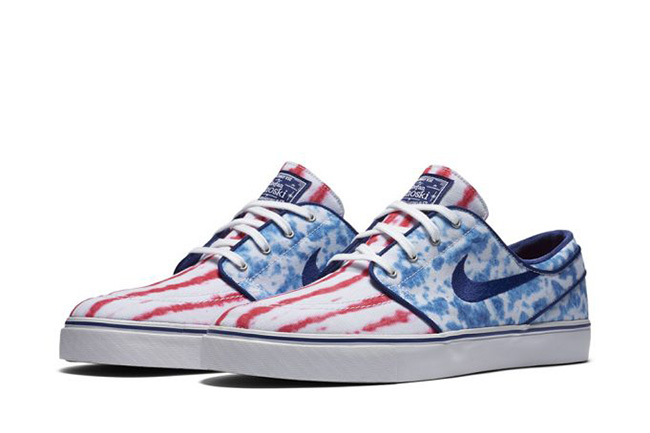 While it isn’t clear if this Nike SB Stefan Janoski is for Memorial Day, July 4th or the Olympic Games, they pretty much can be worn during all three. As you can see, they feature a Red, White and Blue theme with the American Flag through the uppers which almost has a tie-dye or water color look. Completing the look is a Gum bottom.

The Nike SB Stefan Janoski USA will release on June 1st, 2016 at Nike Skateboarding retailers. Retail price is set at $85. Check out additional photos by scrolling below. 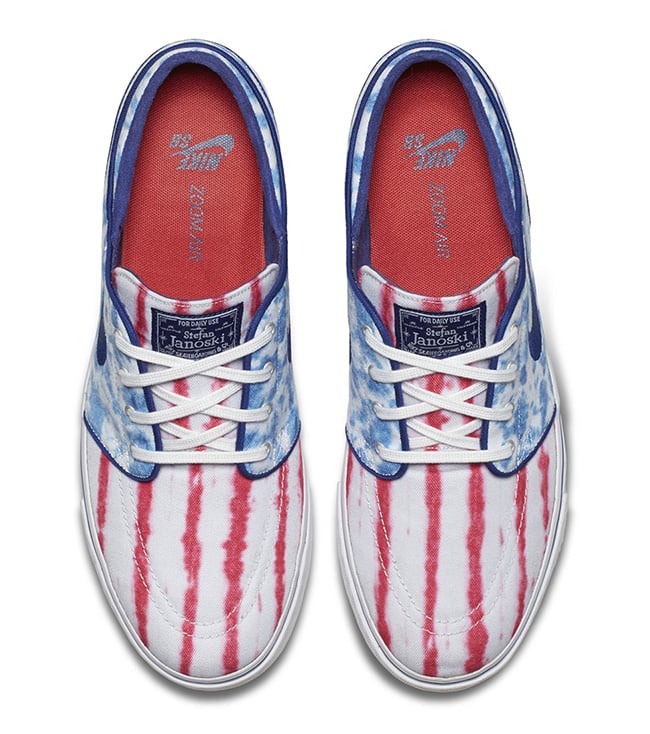