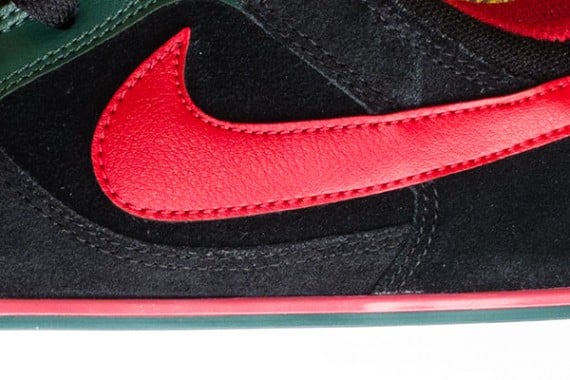 Nike SB isnt a stranger to when it comes to using the infamous red/green Gucci colors on a pair of their shoes. The Nike SB ‘RESN/Gucci’ is one example, another example are the Nike SB P-Rod 2 ‘Gucci’, both of these shoes colorway was inspired by the Gucci red/green. Once again another Gucci inspired P-Rod will drop, this time the Nike SB P-Rod 2.5 will be dressed in a mostly black suede upper, with red appearing on the inner linning and swoosh. A green is used on the eyestay, as a red/green is used on the laces and midsole. As of now no word has been given of a release date for these Nike SBs, but stay with Sneakerfiles for the latest. 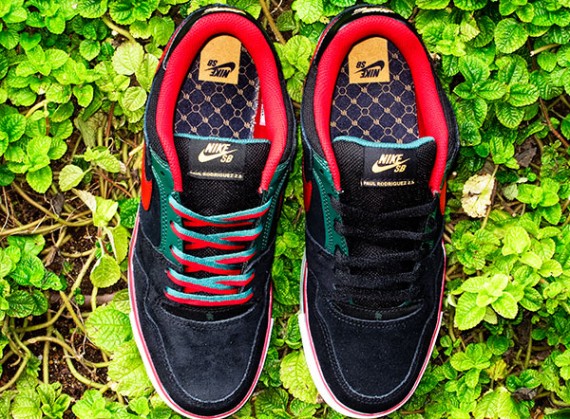