Just the other day we featured the Nike Blazer SB inspired by the Independent Trucks company, and in the past we showed the Nike Dunk SB Low Gibson. Both pairs officially release in January 2008.

But, if you need a pair now, or it is difficult to get SBs in your area, our friends BNYCOnline just received both pairs in a full size run. Both are unique in their own way, the Dunks feature the same furry pink material used on the Guitar case, and the sleek Metallic Silver with Orange accents on the Blazer resemble the Independent Trucks. 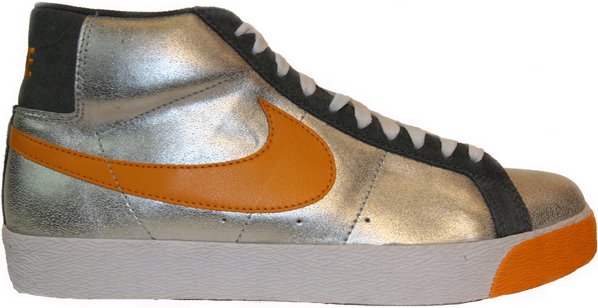