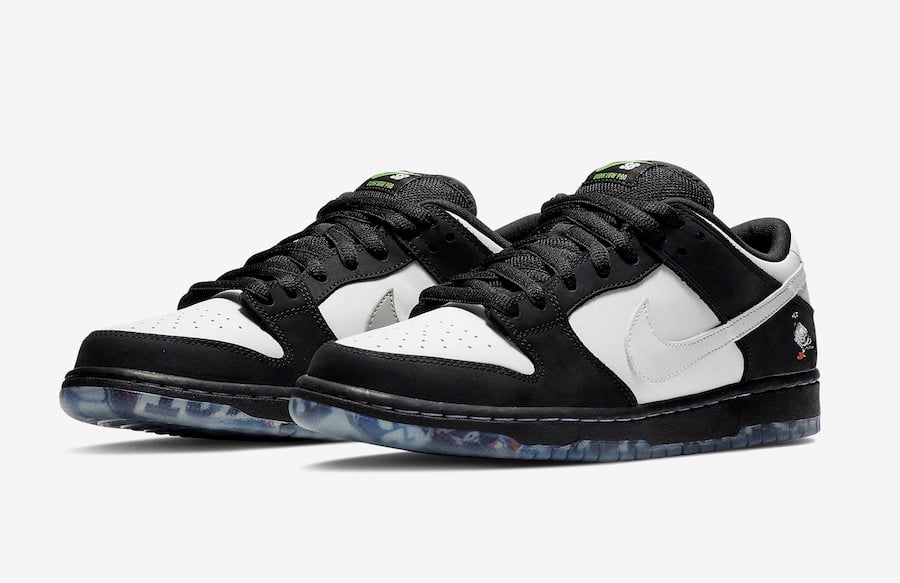 Jeff Staple is the man behind the ‘Pigeon’ release had his first release using the Nike SB Dunk Low during 2005. Now a new color scheme has emerged which comes in White and Black.

Currently this Nike SB Dunk Low is a Sample, however a release is possible. Featuring Black on the overlays, White is then placed on the panels, around the collar and Nike Swoosh. You can also see the infamous Pigeon logo on the heel. Completing the look is a translucent outsole which showcases the New York Post headline from the original Pigeon release which resulted in riots.

The Nike SB Dunk Low ‘Panda Pigeon’ in Black and White will release via Nike SNKRS on January 15th. Retail price will be $100. Below you can check out more images for a closer look. 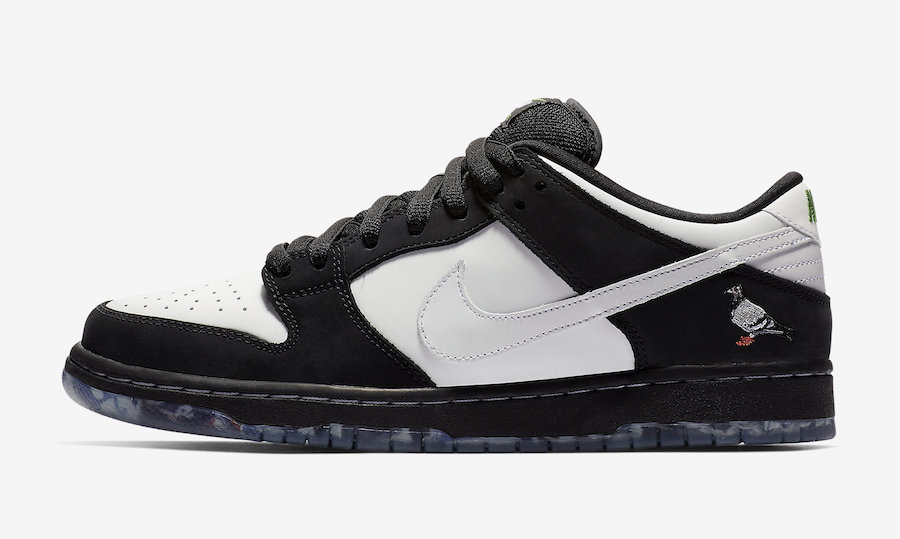 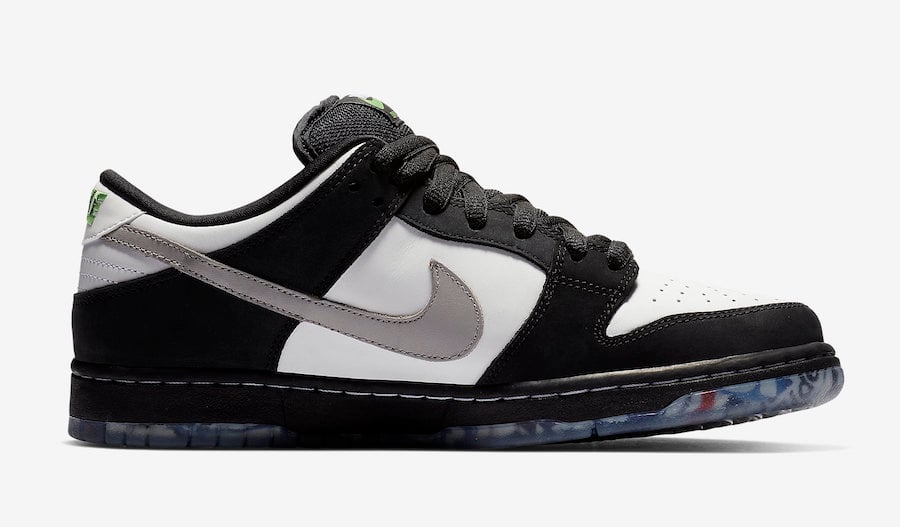 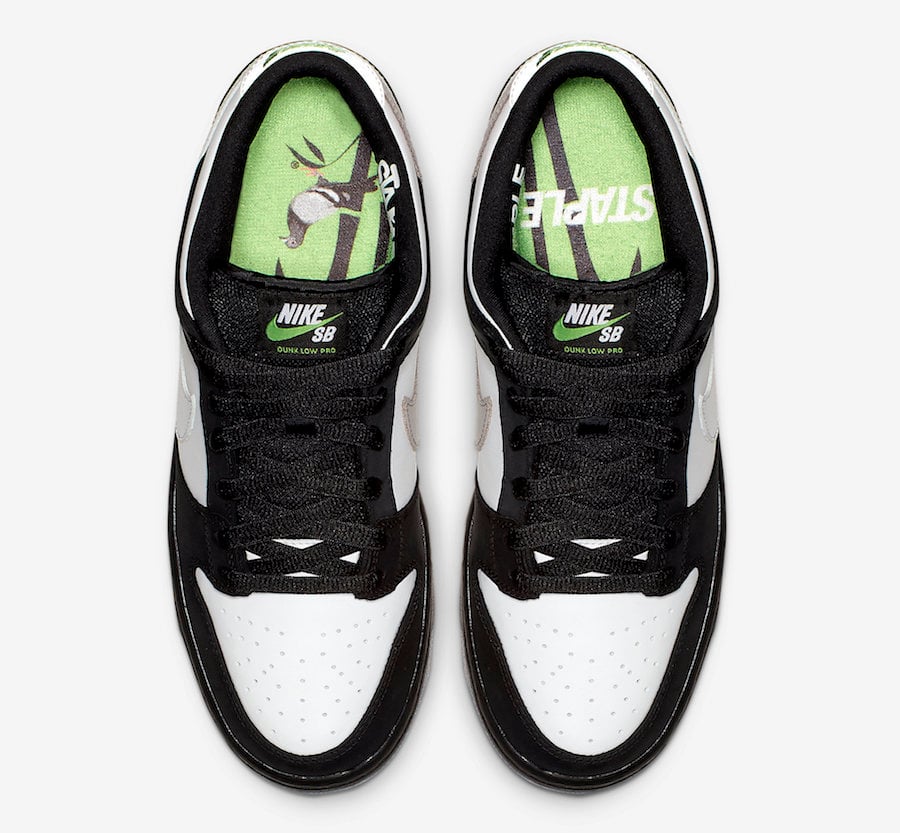 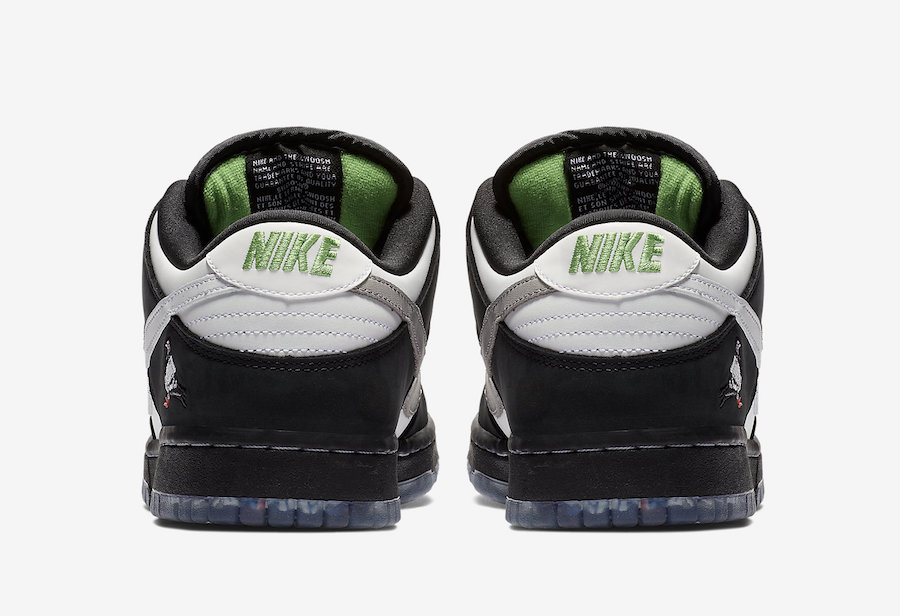 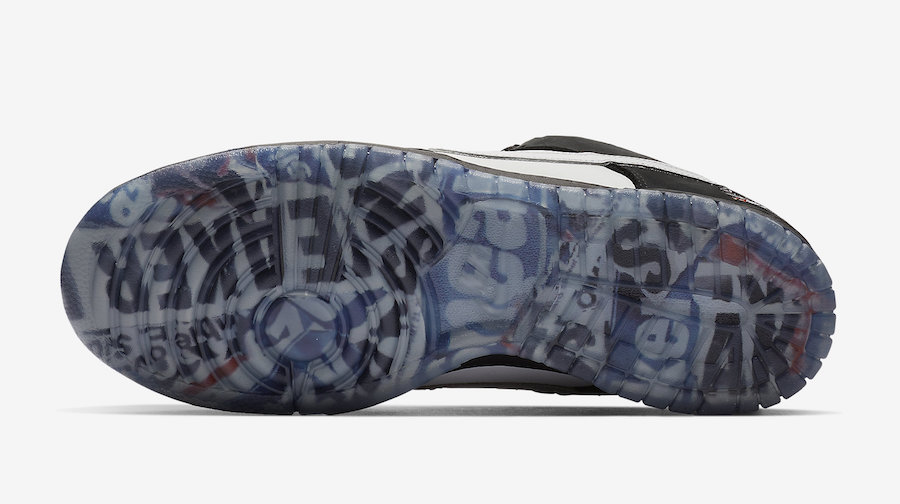 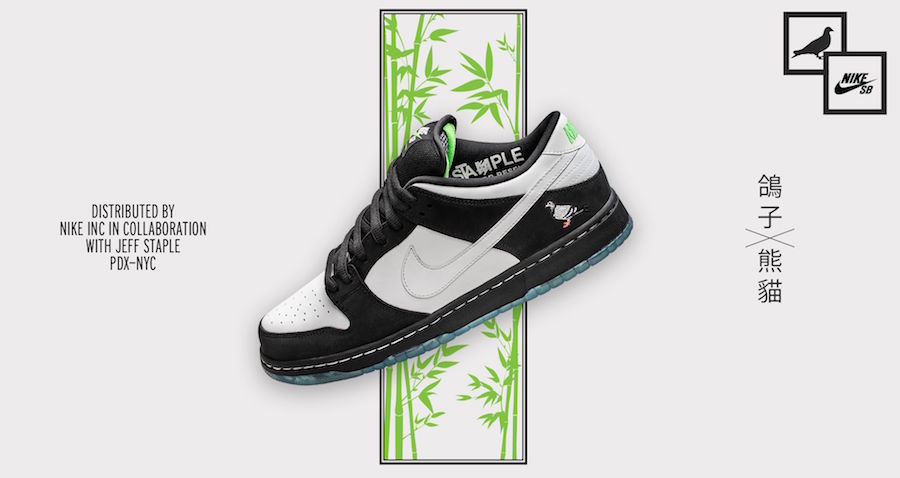 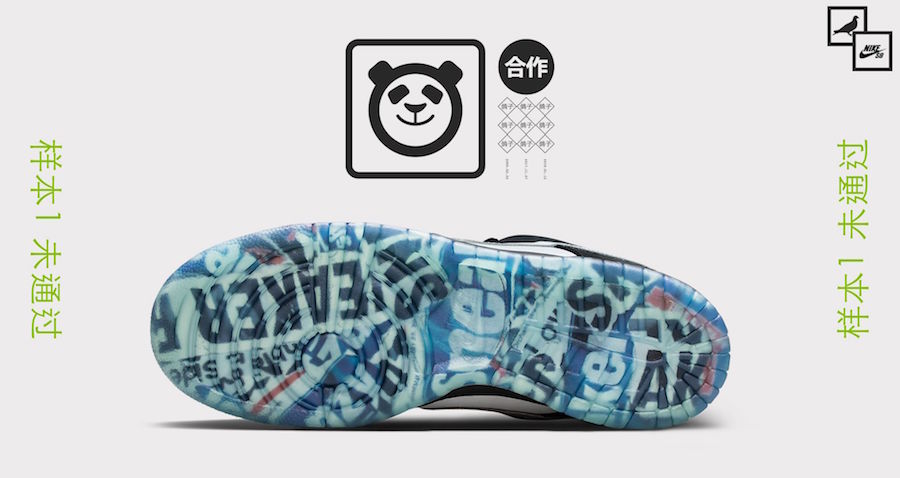 Update: Jef Staple has announced release information for the ‘Panda Pigeon’ Nike SB Dunk Low. Tomorrow they will be available for pre-order via the NTWRK Live App at 8PM EST while release will then take place on January 13th at select skate shops. On January 15th, they will be available on the Nike SNKRS App. Following on January 24th they will release on staplepigeon.com and in-store at NYC’s Extra Butter which will come in a special wooden box. 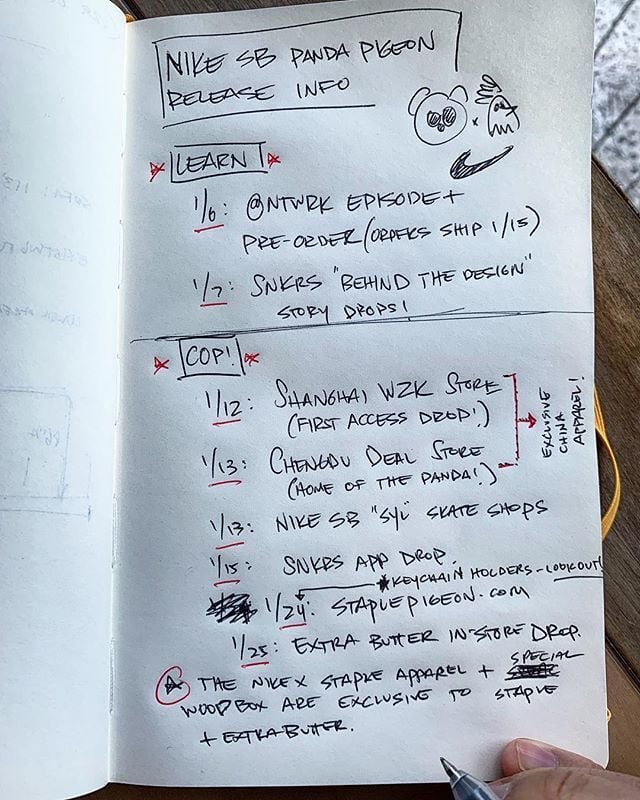 Update: Jeff Staple and Nike Skateboarding is offering the Staple x Nike SB Dunk Low Pro OG QS ‘Panda Pigeon’ early for pre-order on January 6th at 8PM ET or 5PM PST via the NTWRK Live App. Those that have pre-ordered, you will have access to the latest Staple Collection. This pair will also have a wider release coming soon. 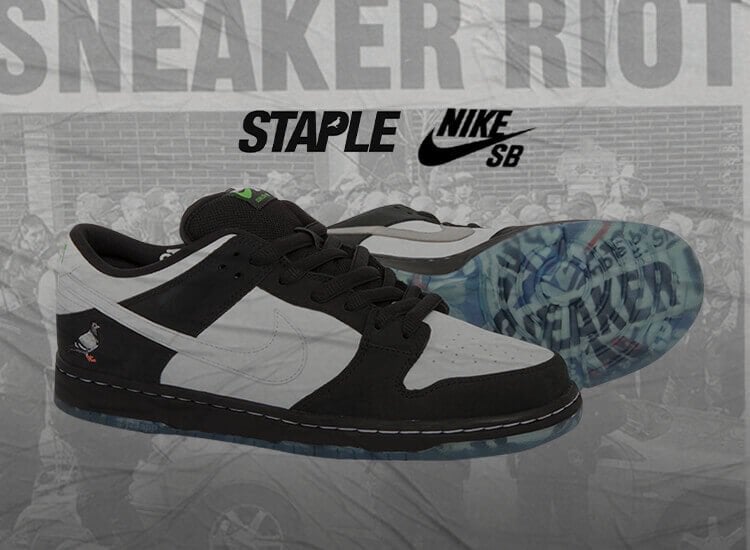 Update: New images of the Pigeon Nike SB Dunk Low in Black and White. Instead of having ‘Sample, Not For Resale’ which is seen on pre-production pairs is replaced with ‘Staple, Not For Resell’. Currently no release info, but make sure to check back with us for updates. Images via mr.psychosneaker. 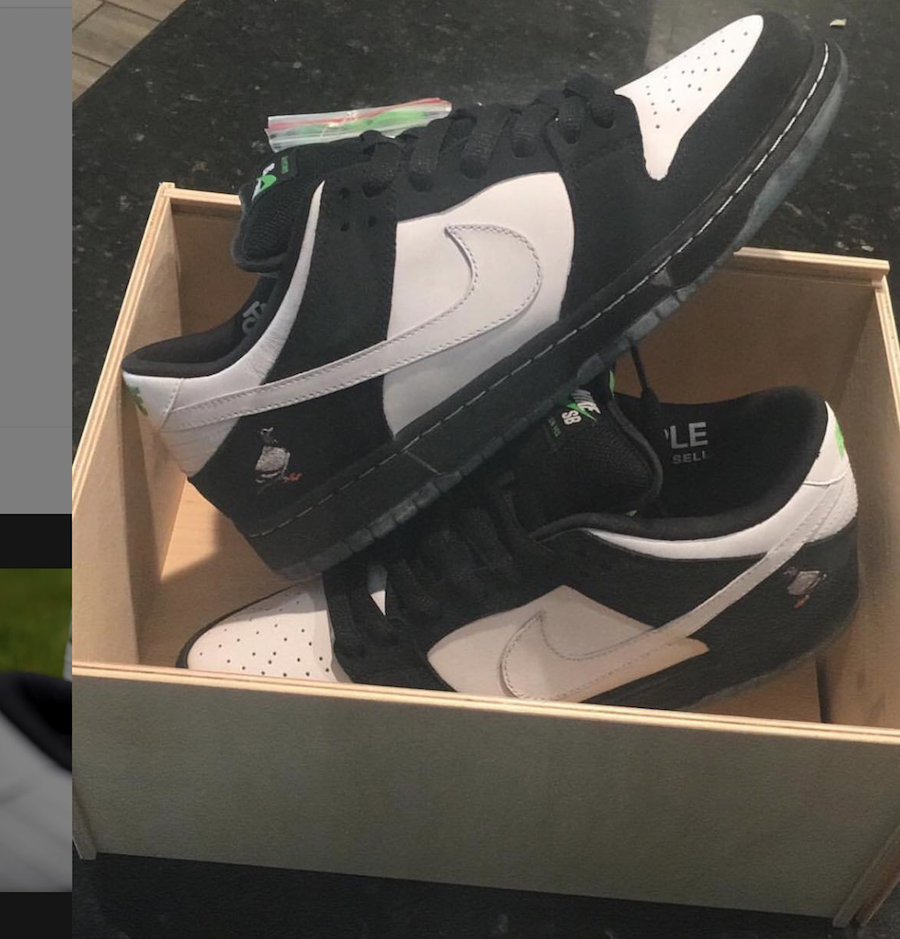 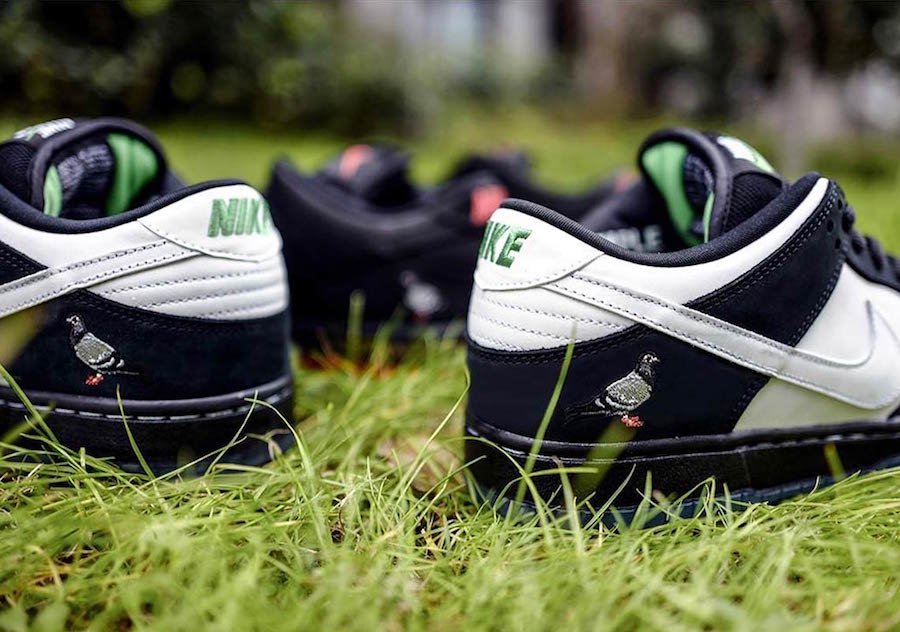 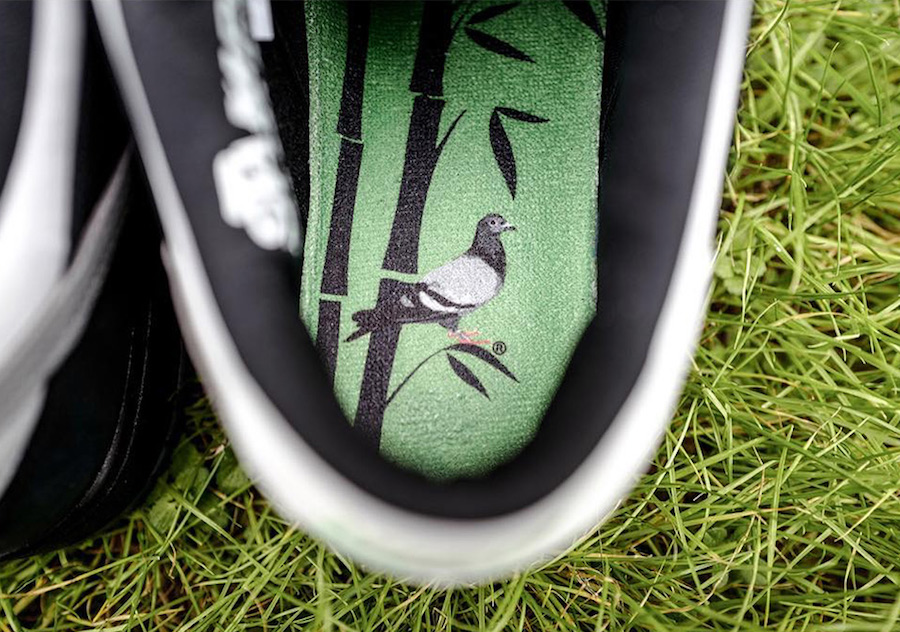 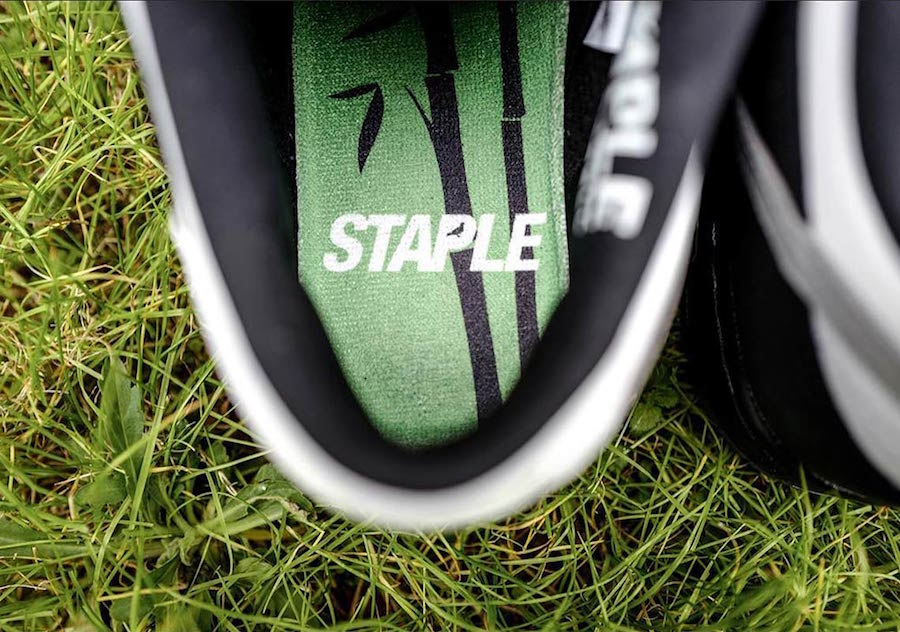 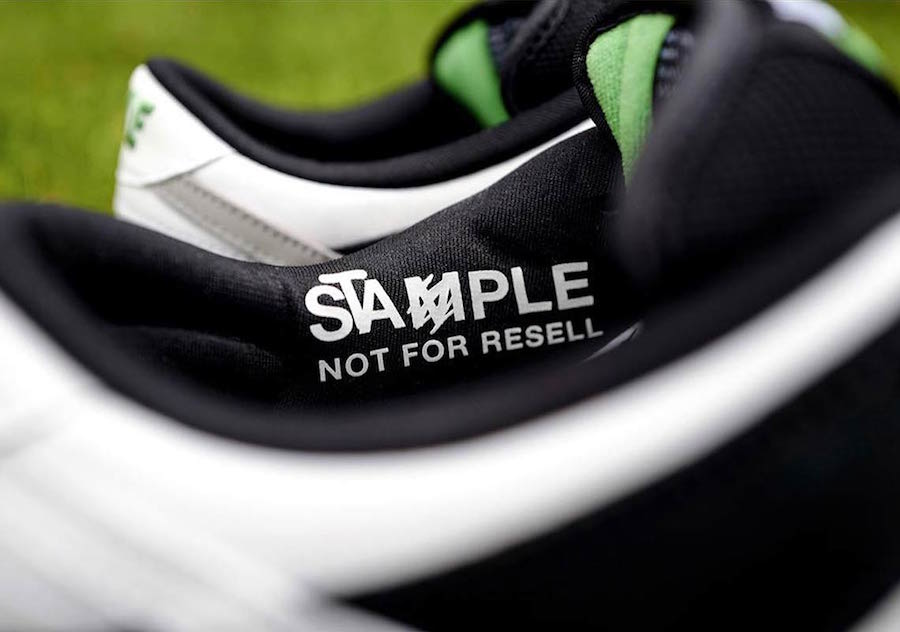 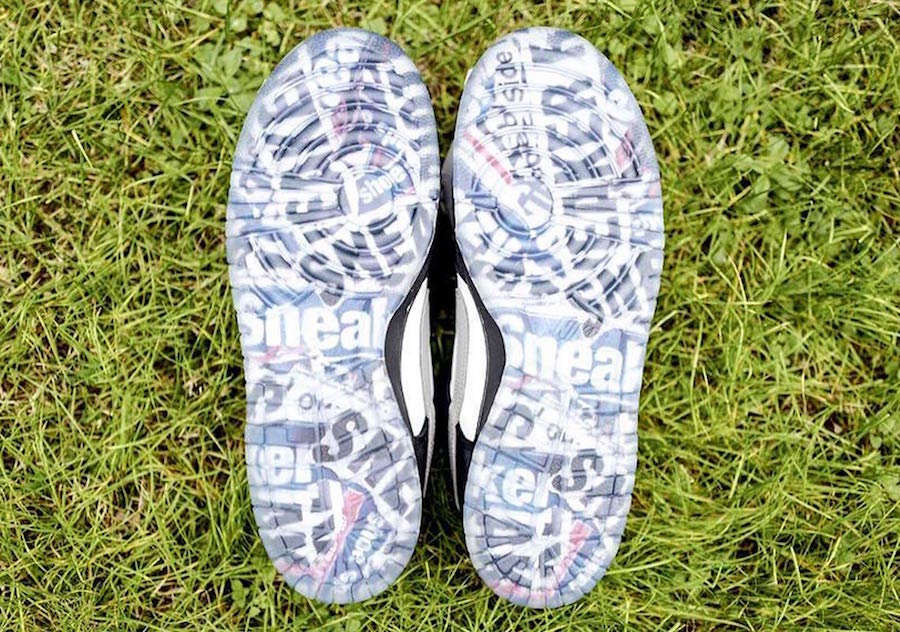 Update: First seen on the feet of Jeff Staple at ComplexCon, we now have another preview of the Black and White ‘Pigeon’ Nike SB Dunk Low from Eric Koston. Across the bottom which is translucent showcases the New York post headline from the original ‘Pigeon’ Dunk release which resulted in a riot. Release information is unknown, however once more details is available we will make sure to update. 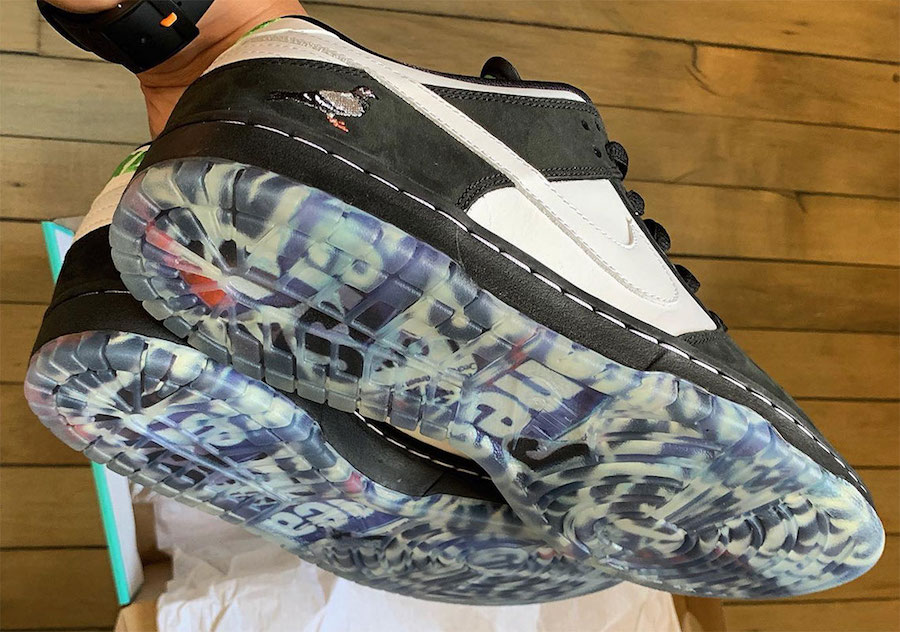 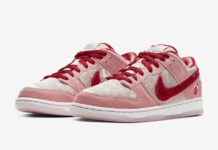 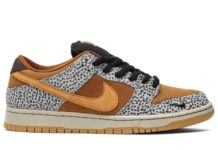 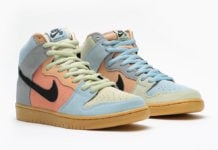 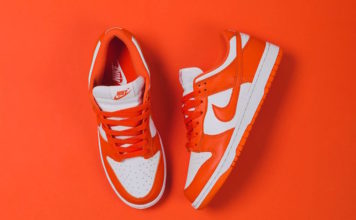