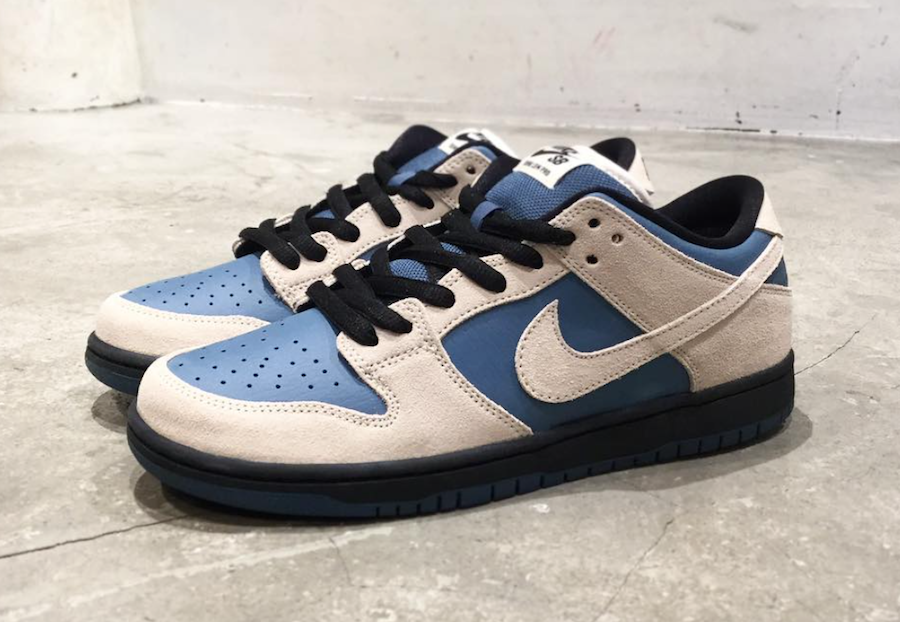 Nike Skateboarding has had one of the best years in some-time now. Through the year we have seen many collaborations as well as Kyrie Irving paying tribute to the line by wearing and releasing his signature model dressed in classic Nike SB themes.

While this Nike SB Dunk Low won’t receive the attention as the other collaborations, it is a solid release for the colder months. Featuring Blue leather on the base while Cream suede lands on the overlays. Finishing the look is Black which is placed on the laces, liner and midsole while Blue runs across the outsole.

At the time of writing, a release date for the Nike SB Dunk Low Cream Blue has yet to be announced. However once more information is available we will make sure to update you. Below you can check out another photo and make sure to hit the comments section with your thoughts.