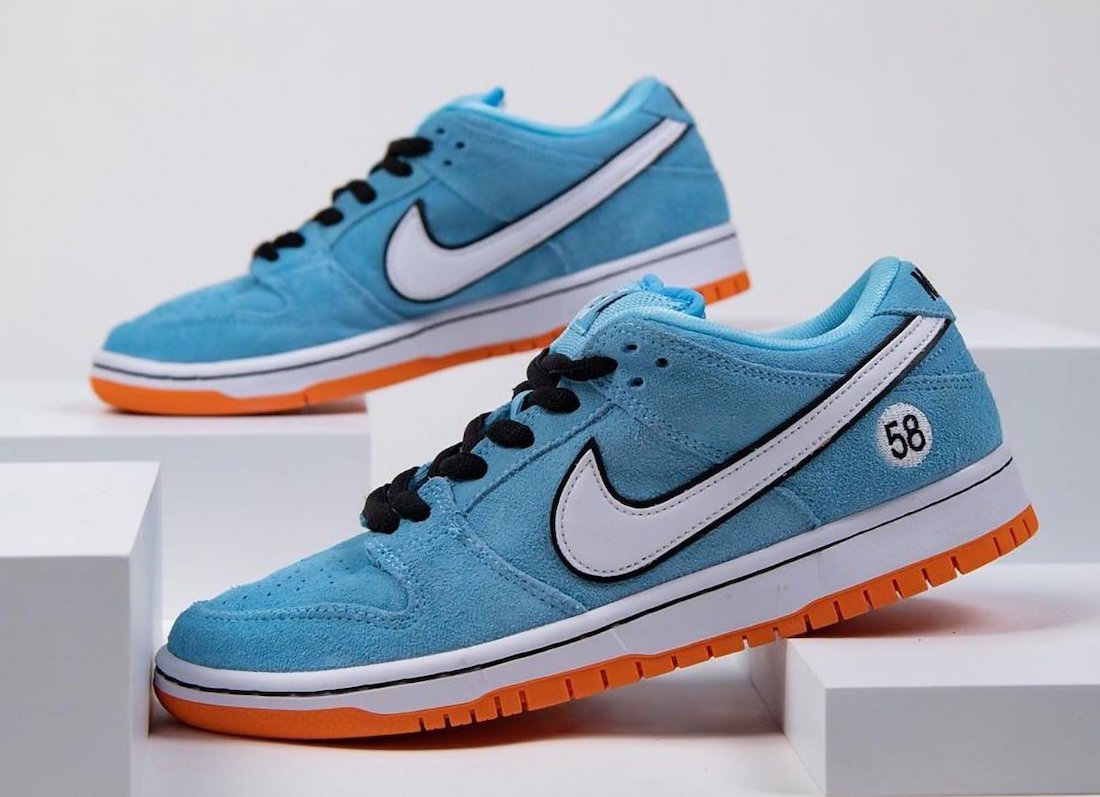 Expanding on the ‘Club 58’ releases, Nike Skateboarding is launching another pair, and this time around, it will be on the Nike SB Dunk Low.

Specifically, this pair is said to be inspired by Gulf racing. After some research, a BMW M3 GT2 has the number 58 and is dressed in the same color palette.

Highlighted in a Blue Chill, Safety Orange, Black, and White color combination. This SB Dunk Low comes with Blue suede across the uppers while the same color lands on the tongue. Also, White leather is applied to the Swoosh that is outlined in Black. Furthermore, the standout feature is the number 58 placed on the medial side by the heel and tongue. More Black lands on the laces and Nike branding on the heel, and White covers the midsole. Finally, an Orange rubber outsole completes the look that ties the whole Gulf Racing theme together.

You can expect the Nike SB Dunk Low ‘Club 58’ aka ‘Gulf Racing’ to release at select skate shops including Nike.com during the early part of 2021. As soon as additional information is available, we will make sure to update you. More images are shown below that will give you a closer look. 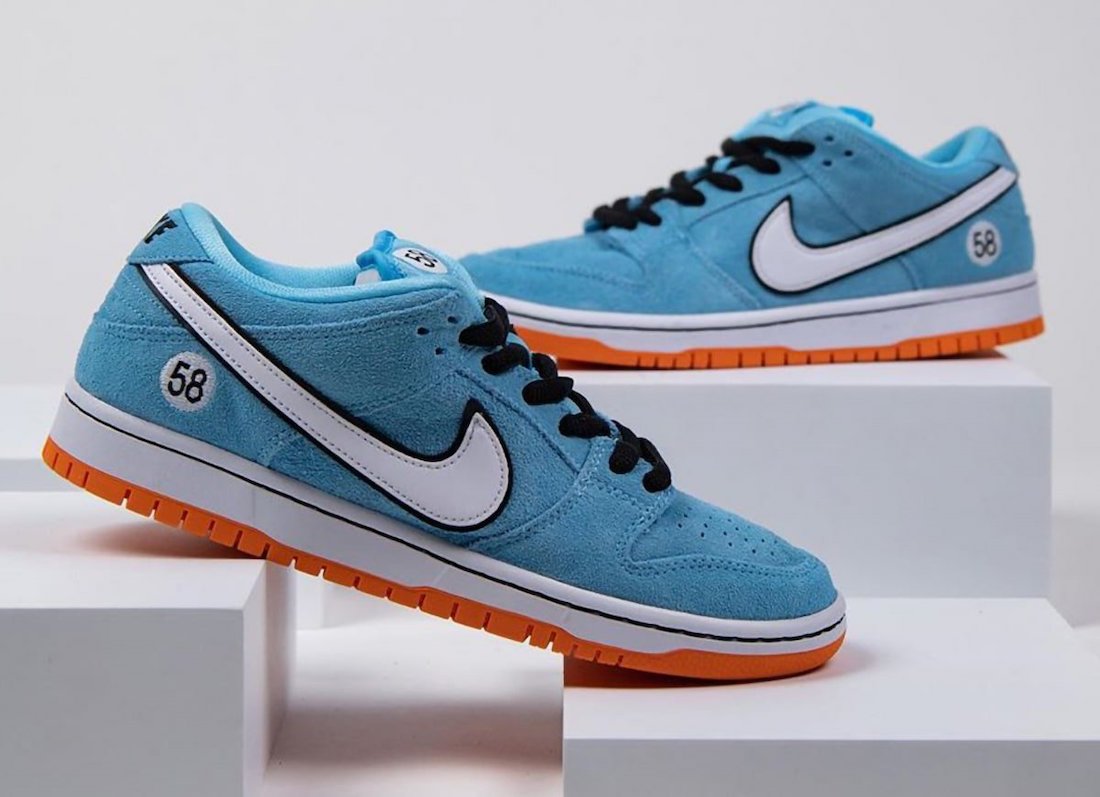 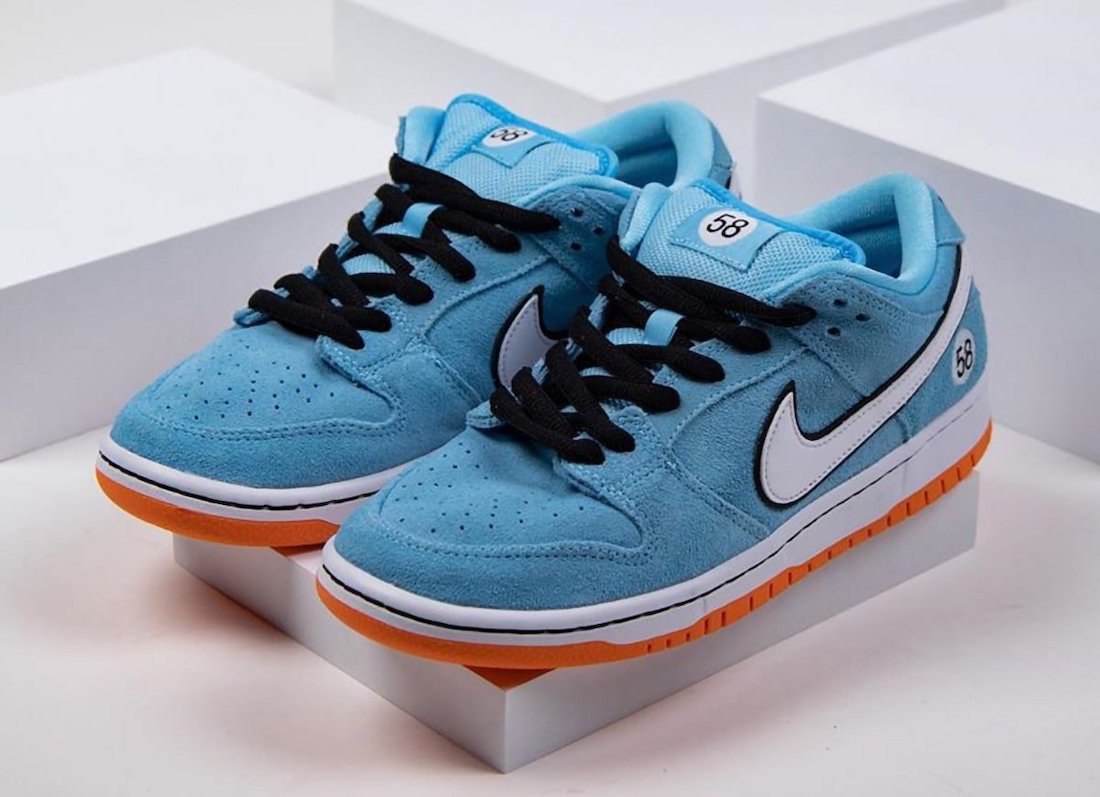 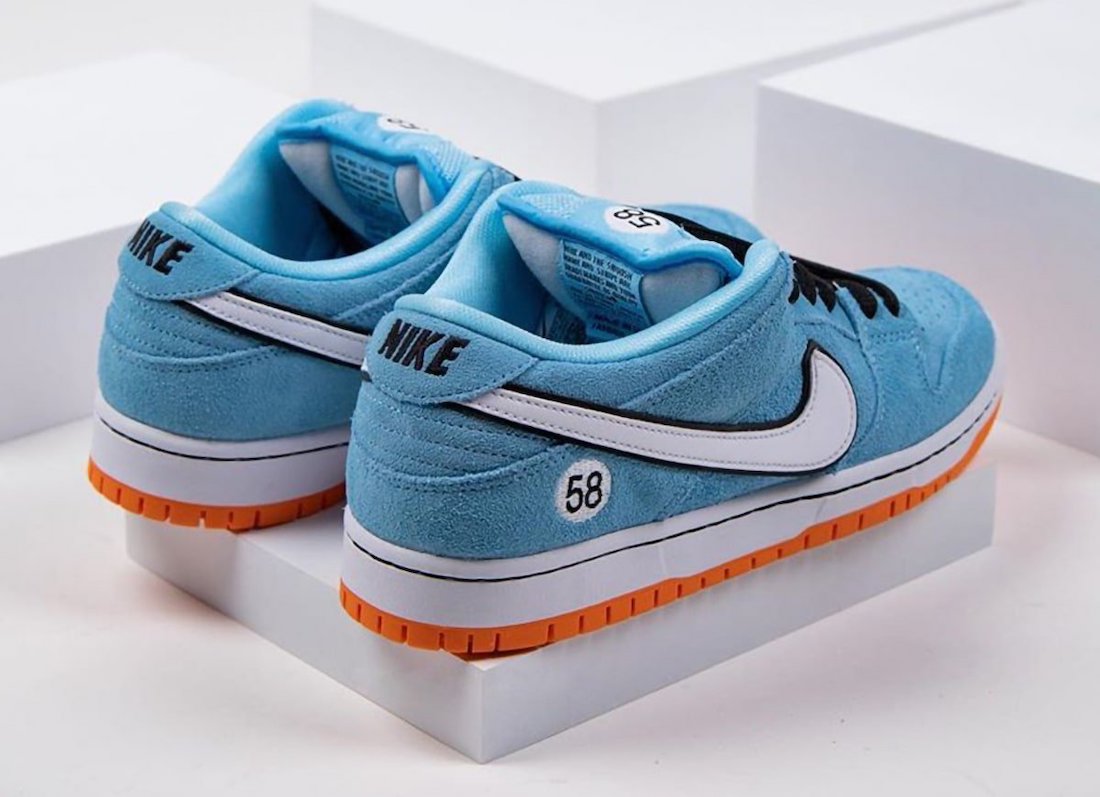 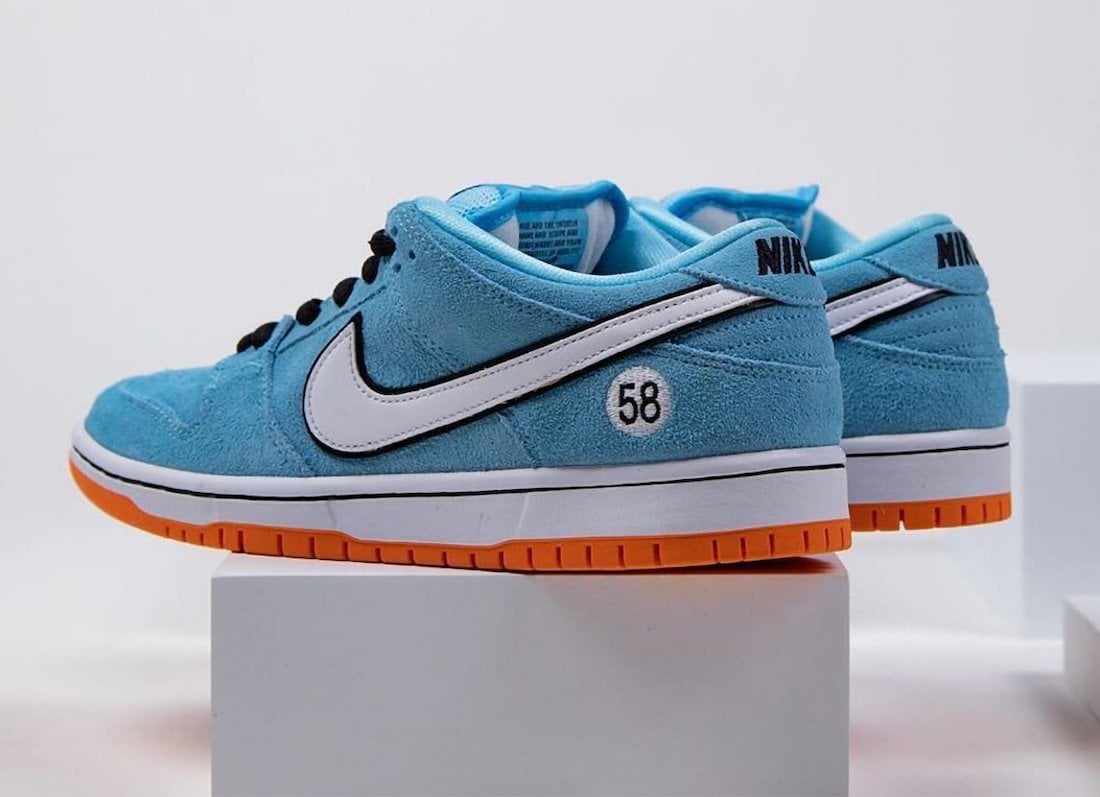 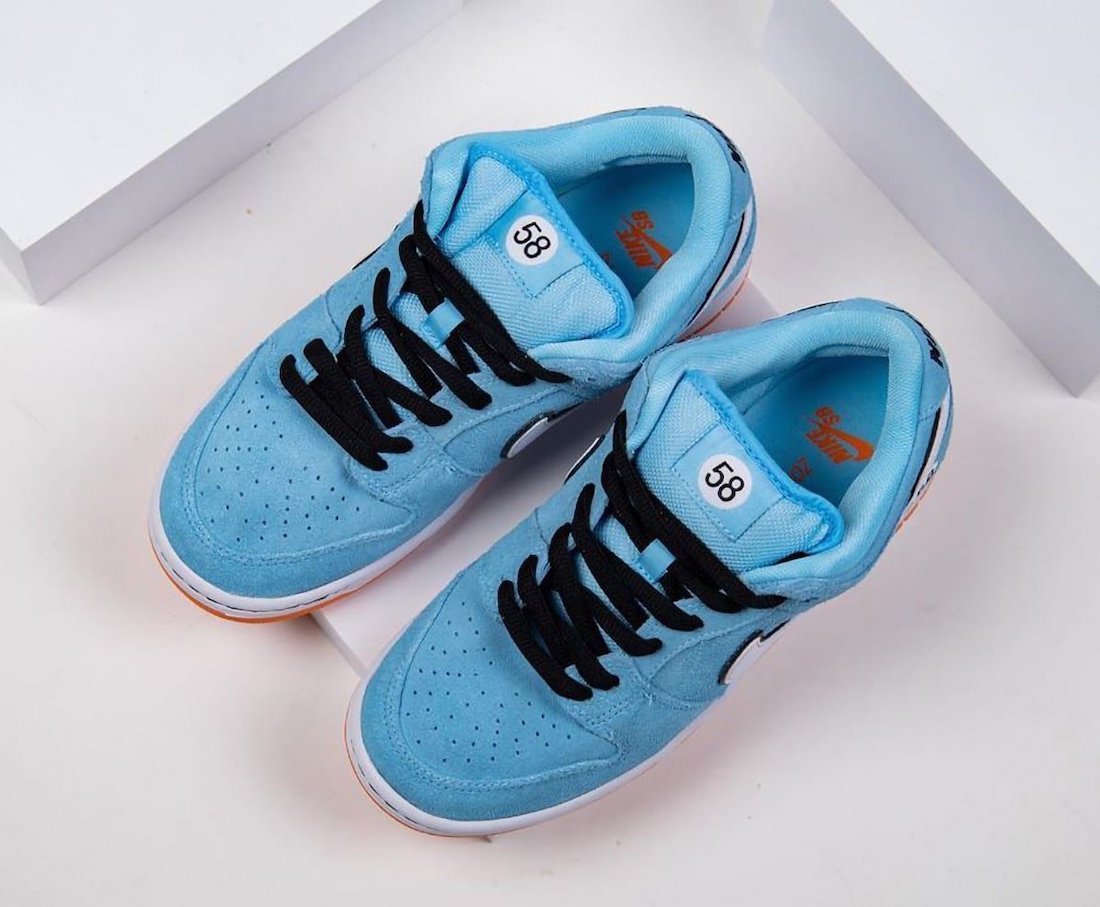 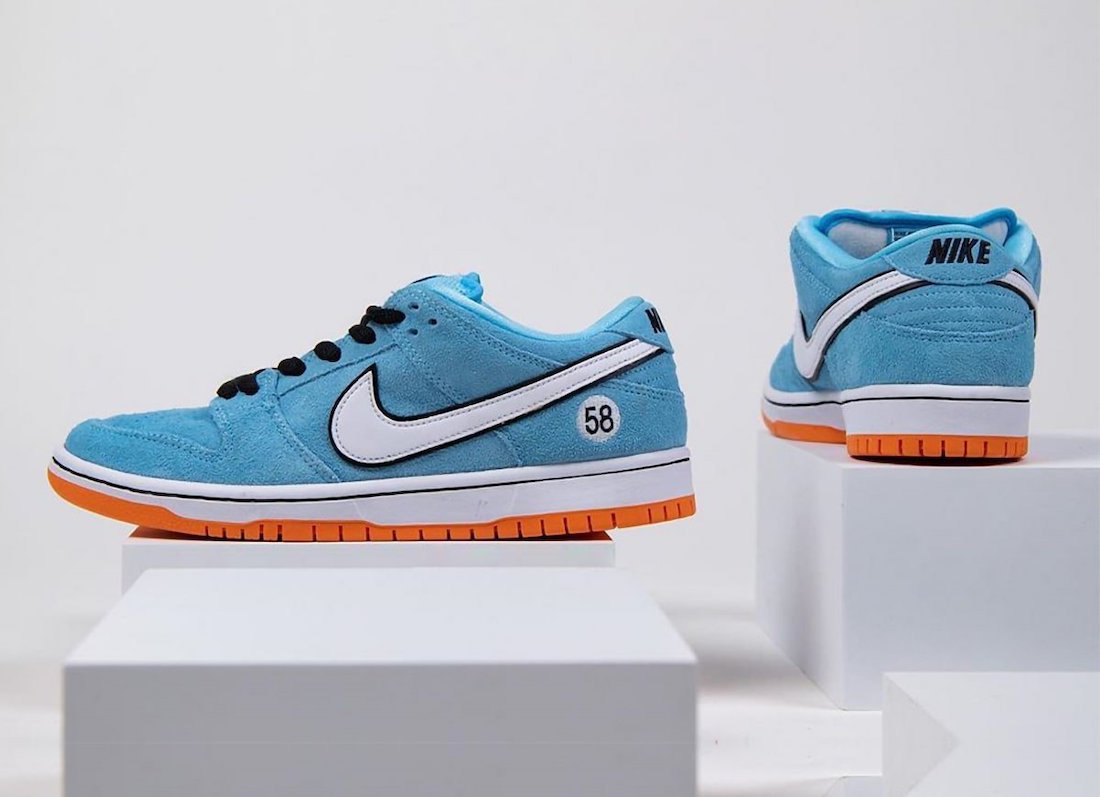 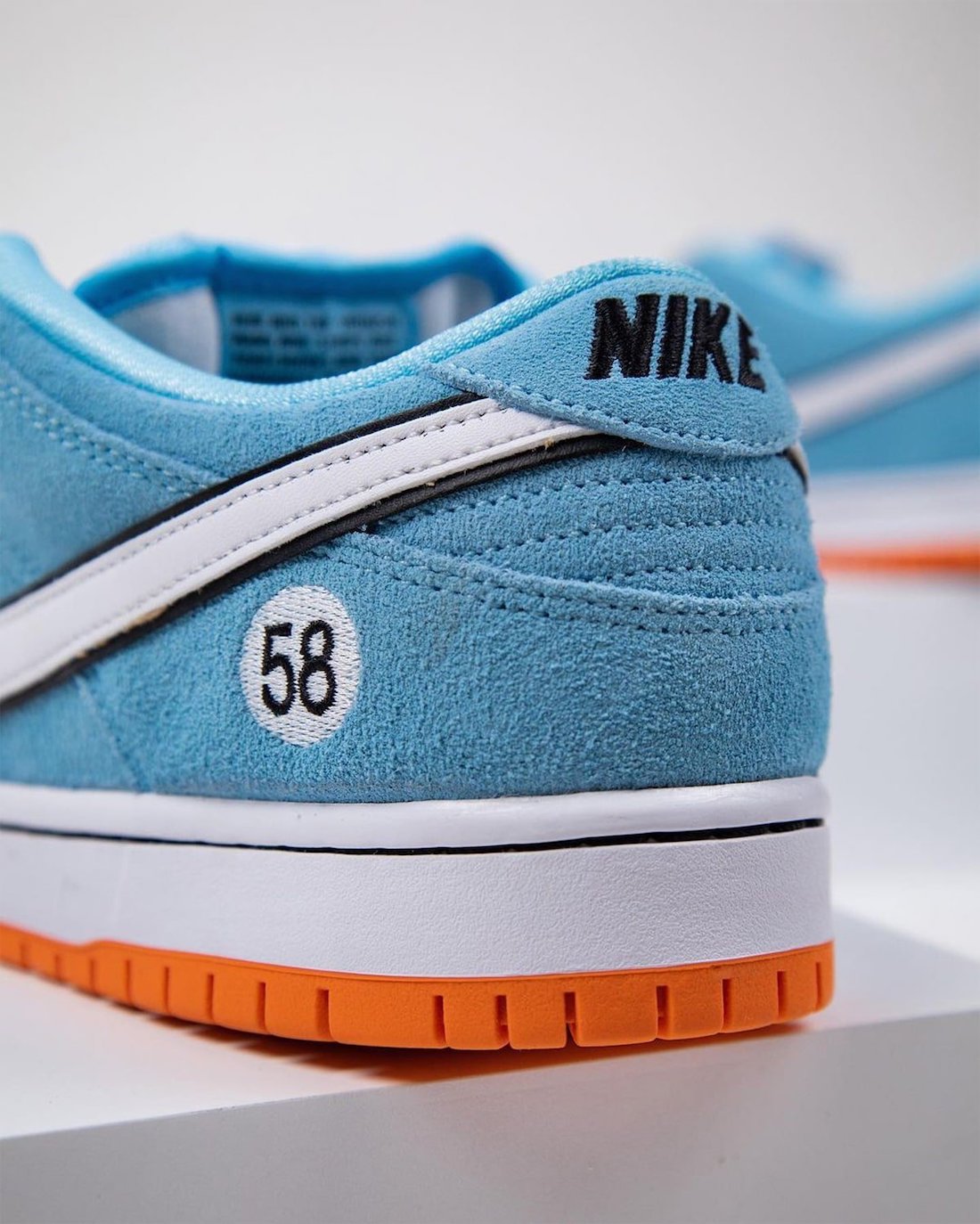 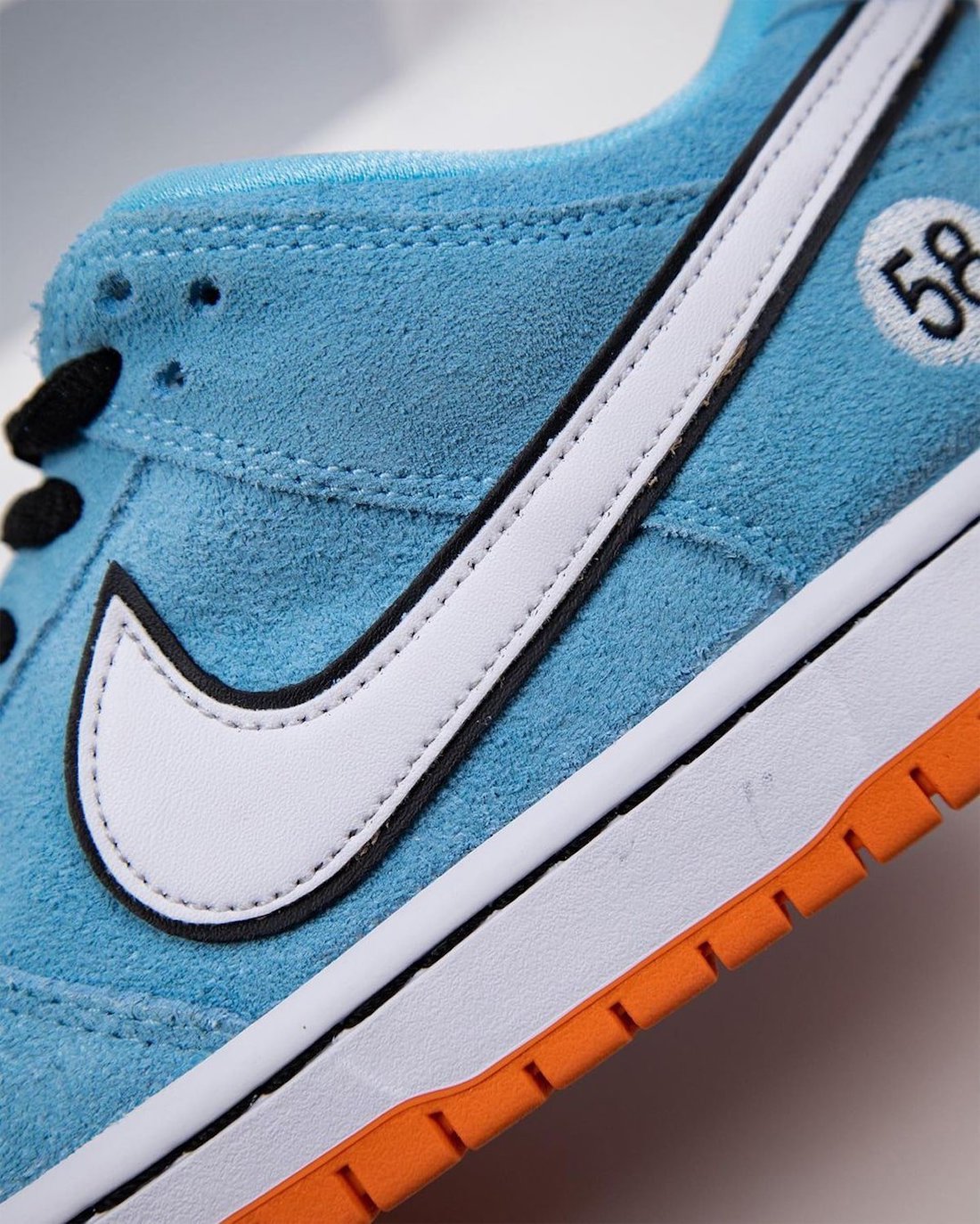 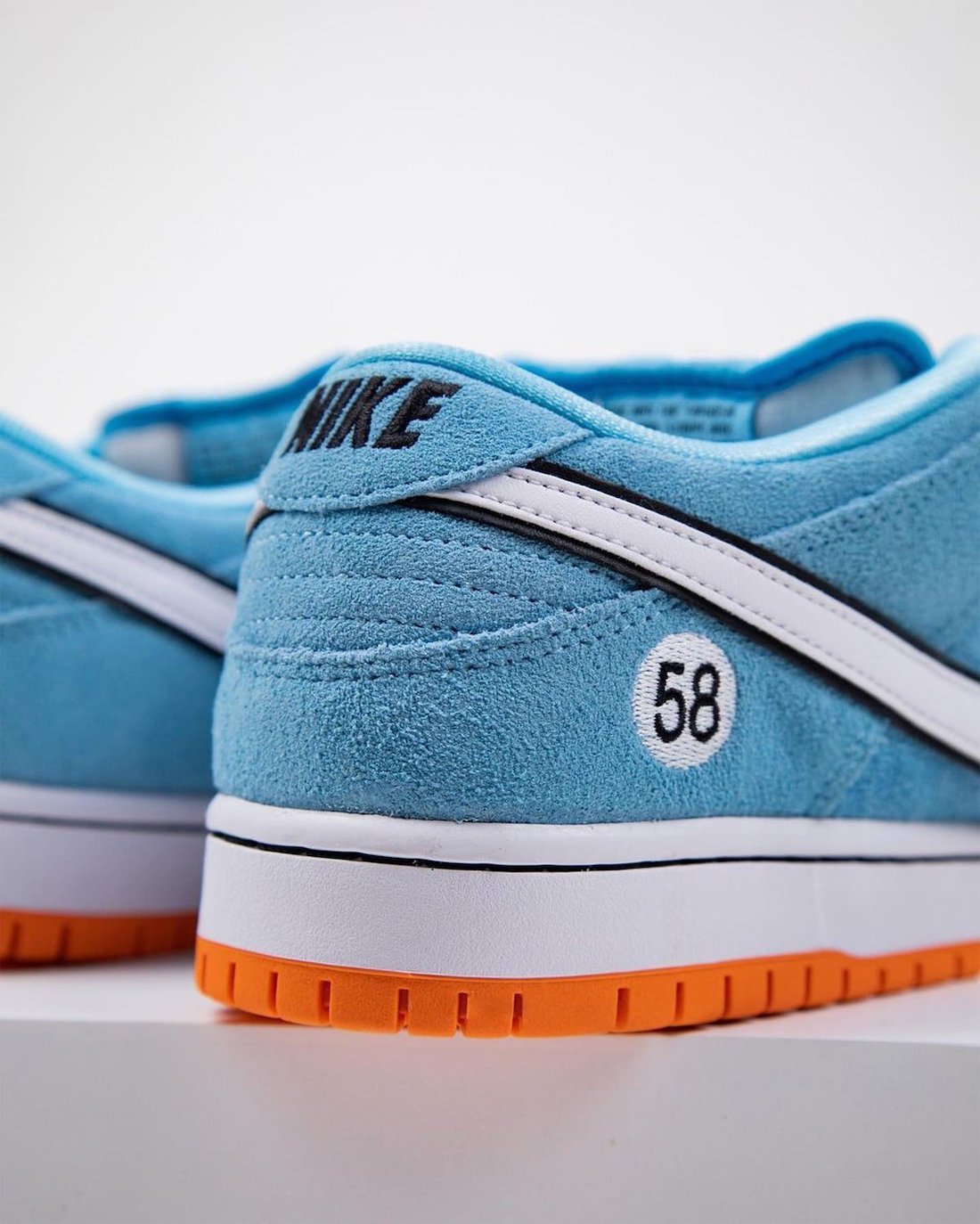 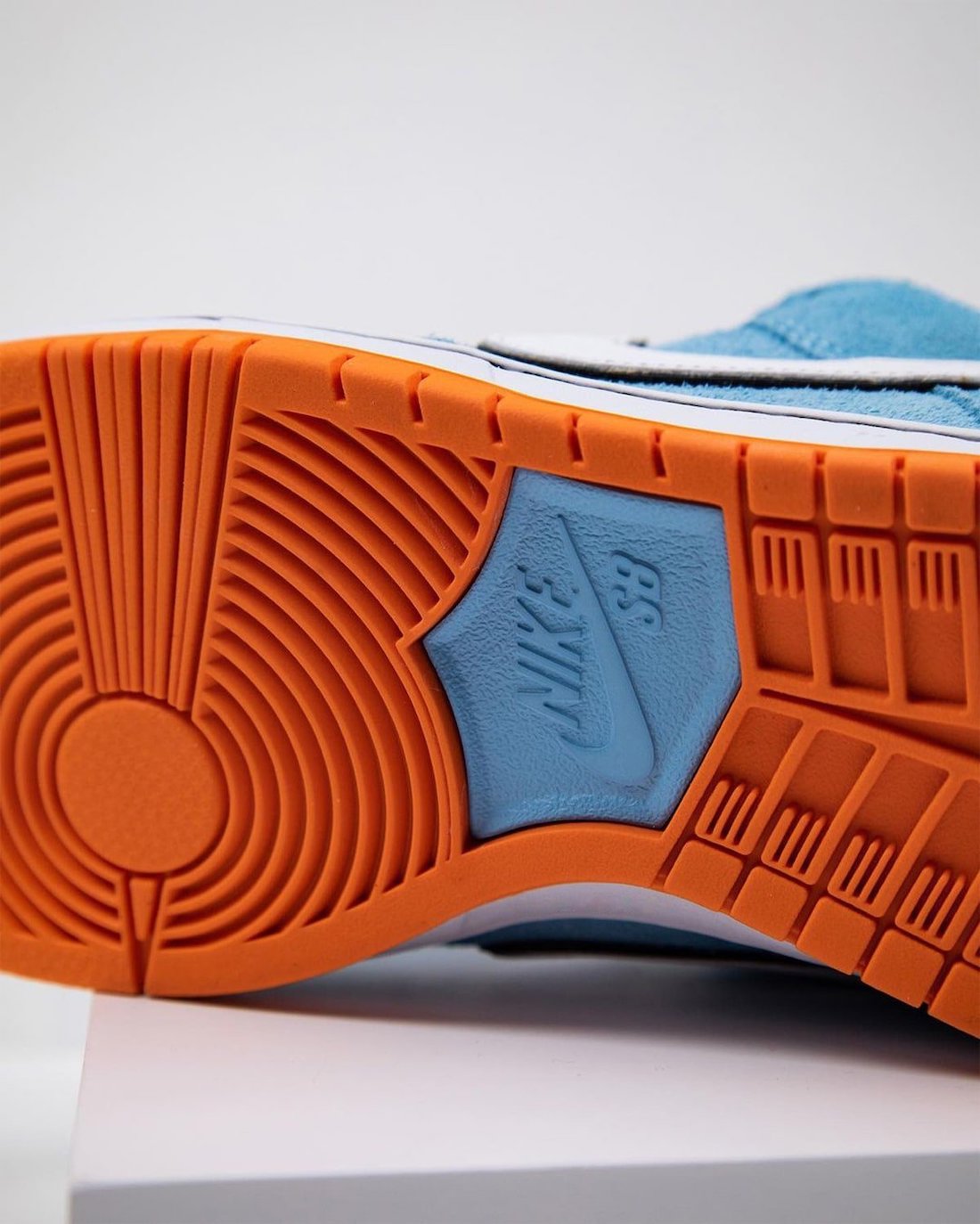 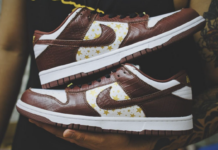 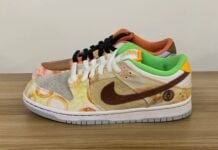 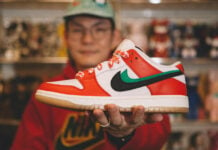 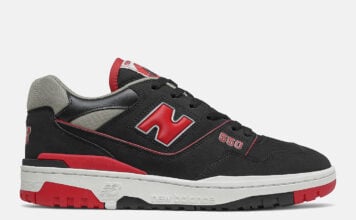