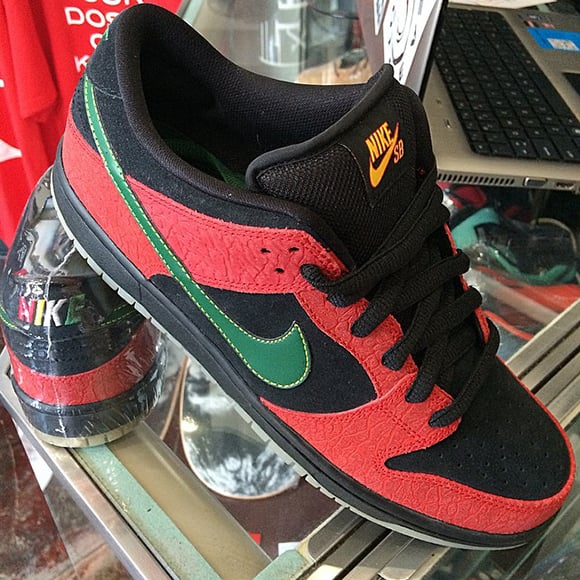 In the process of decided if a pair of sneakers should release, Nike makes samples of the shoes. Time in and time out, the brand decides to not release them. Now as a collector getting your hands on one is pretty rare. For example take this Nike Dunk SB Low which was expected to be apart of the Black History Month releases which obviously has yet to release.

We don’t think this sample was intended for the 2015 BHM releases, as all had a theme except one pair of AF1s which was a re-retro. Taking a closer look, the BHM Nike SB Dunk Low sample features red overlays with cement print, black nubuck on the toe box, panels and around the collar. Green is used within the swoosh and yellow (could be gold) stitching.

Sources say this is a 1 of 1 sample, so you can see the extreme rarity of them. Do you think Nike should have released this version of the Dunk SB Low BHM? 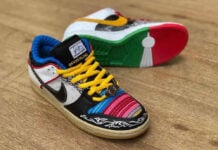 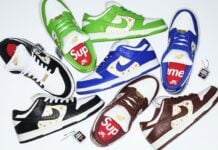