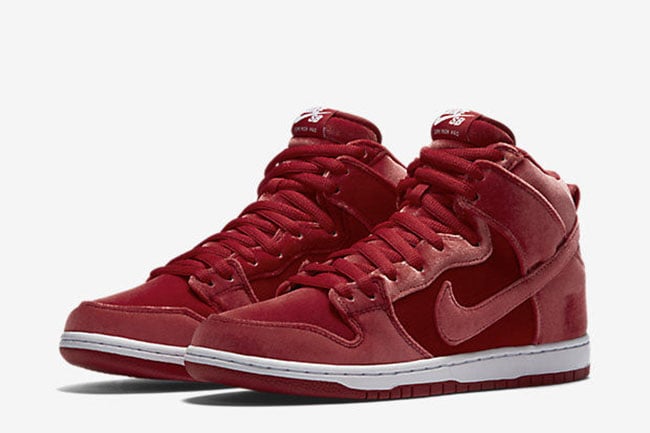 We have yet to officially hit Fall and we have a look at what Nike Skateboarding will be releasing for Christmas. Shown is the Nike SB Dunk High ‘Santa Claus’ which you can wear to celebrate the Holiday.

The Nike SB Dunk High shown takes Santa’s coat for inspiration. As you can see, the uppers come in all Red while having a velvet like texture, just like his coat. Furthering the theme is insoles that also reflect Christmas time. Other details include White across the midsole and Nike branding on the tongue while the outsole is dipped in Red.

Below you can check out additional photos of the Nike SB Dunk High Santa Claus aka Red Velvet which will give you a better look. They are set to debut at Nike Skateboarding retailers on November 11th, 2016. Retail price is $110. 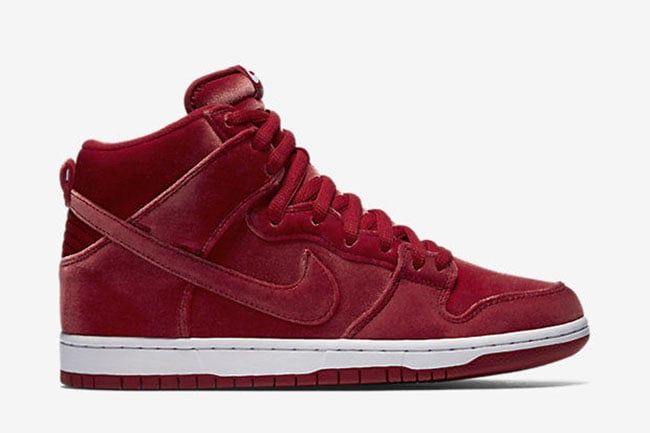 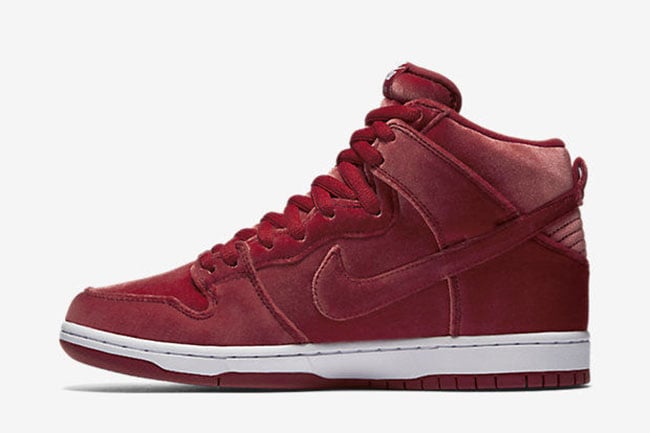 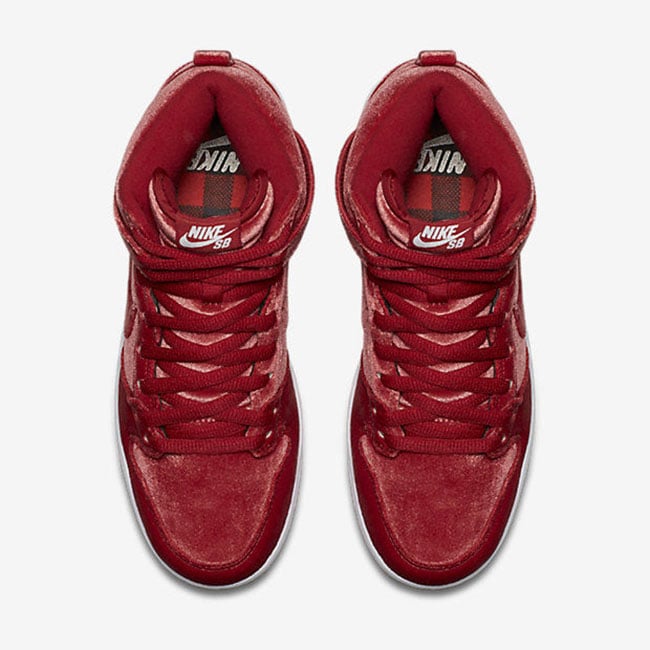 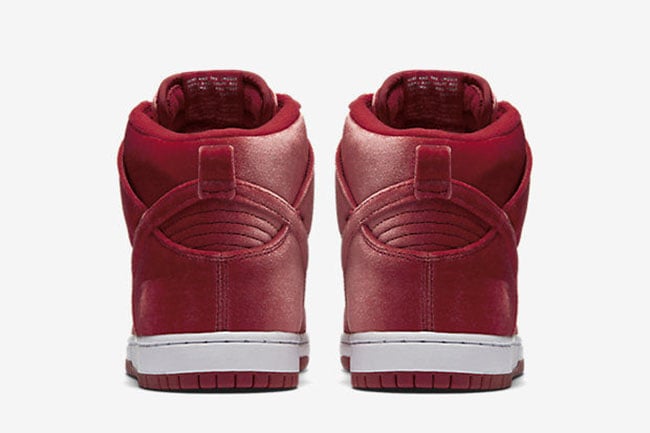 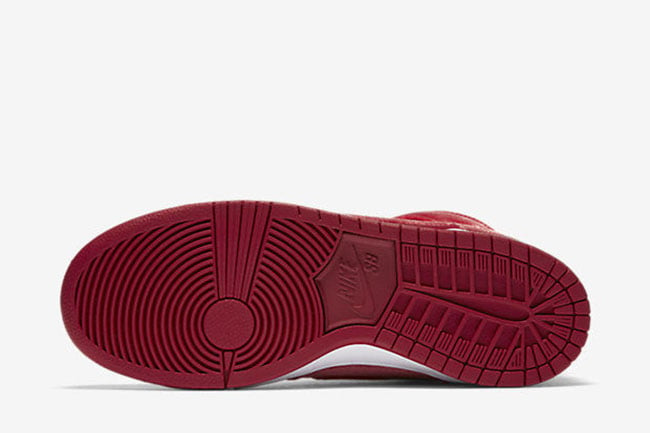 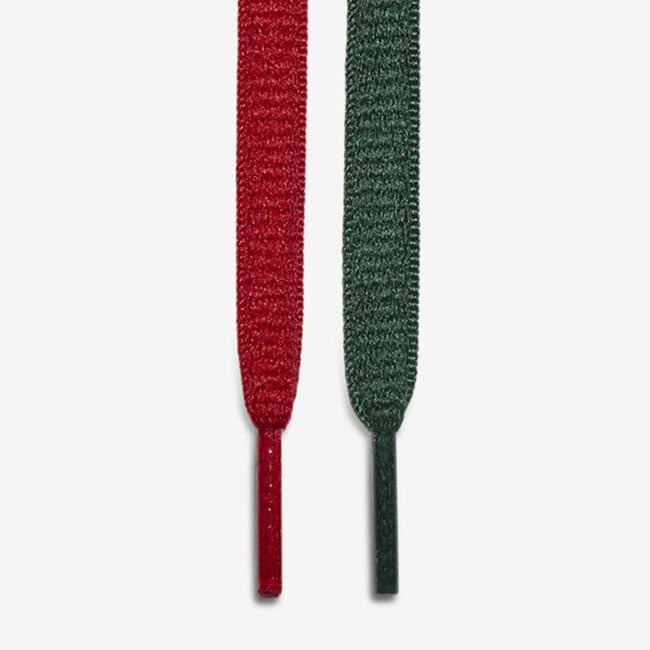