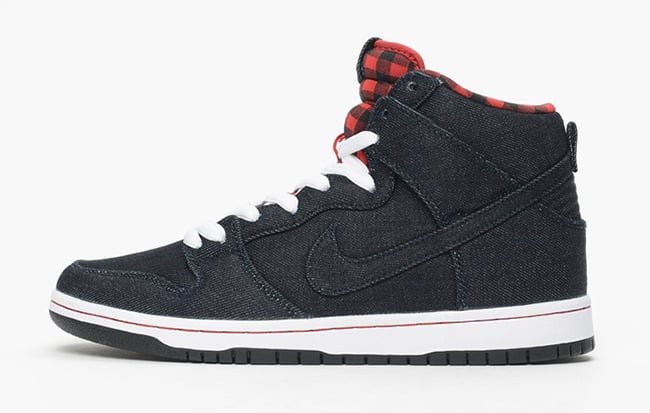 Nike Skateboarding is unofficially releasing another themed out pair, this time is a shot out to the Lumberjacks. Today we give you a closer look at the Nike SB Dunk High ‘Lumberjack’.

Staying with the Lumberjack theme, Nike SB has added an obsidian blue denim to the base which includes the overlays and swoosh. Following is a red and black pattern flannel that covers the tongue. They are then finished off with white hitting the midsole and laces while black flows through the outsole.

Currently the ‘Lumberjack’ Nike SB Dunk High has now started to release at select overseas retailers with the first being Caliroots. There retail price is set at €109.90 which is about $120 USD. There isn’t a time table for a stateside launch, but we expect more Nike SB retailers to begin to launch pairs during the early part of 2016. Get a closer look at the Lumberjack Dunk SB High by scrolling below. 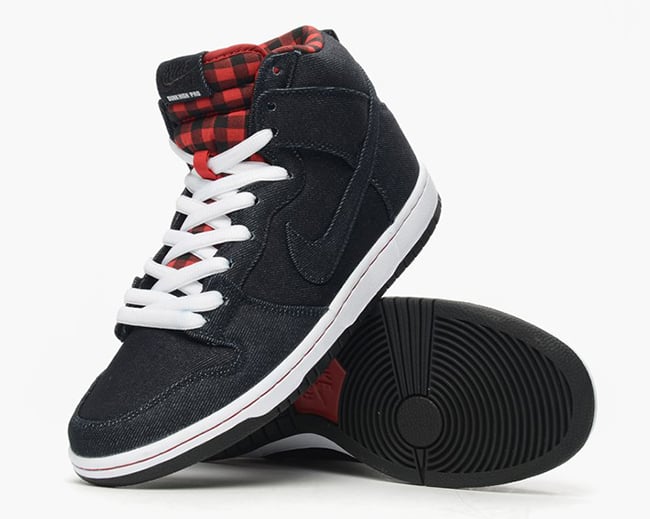 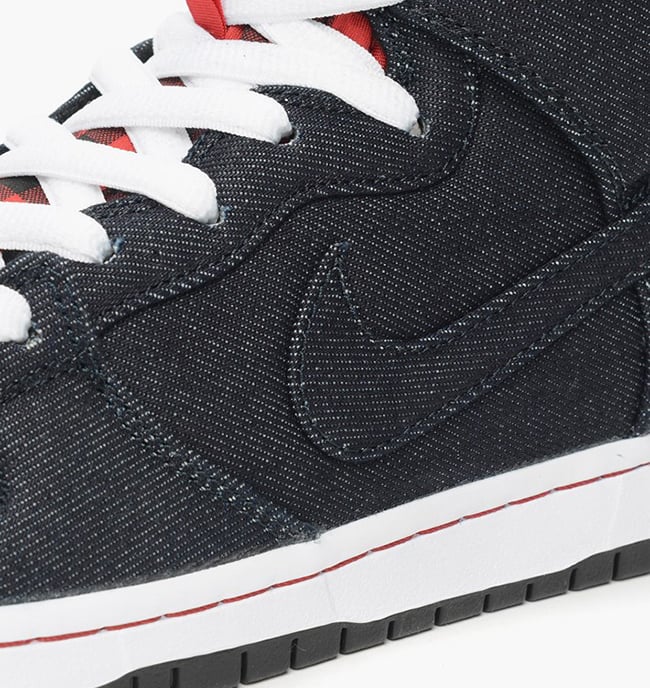 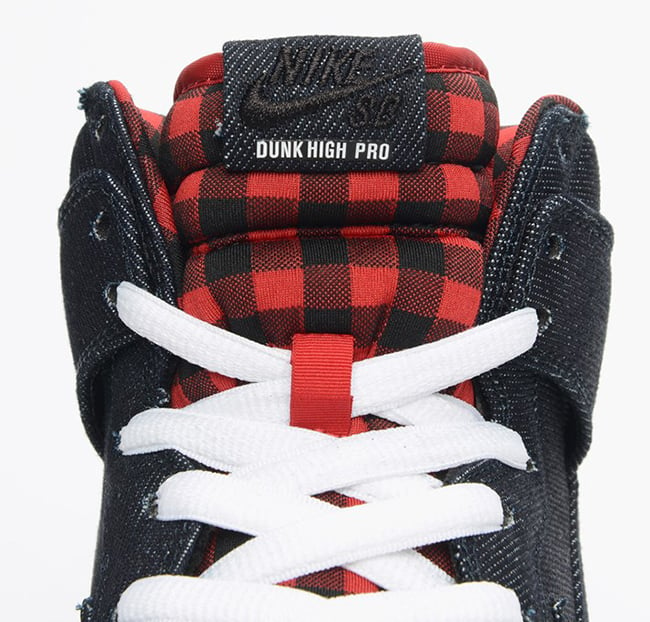 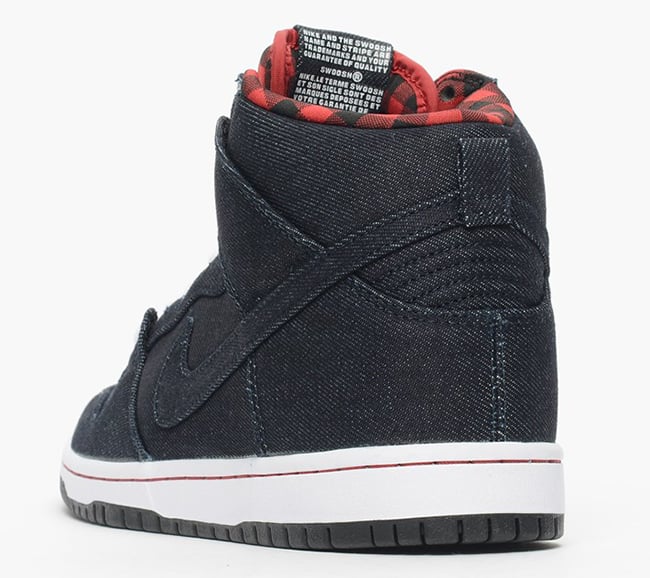 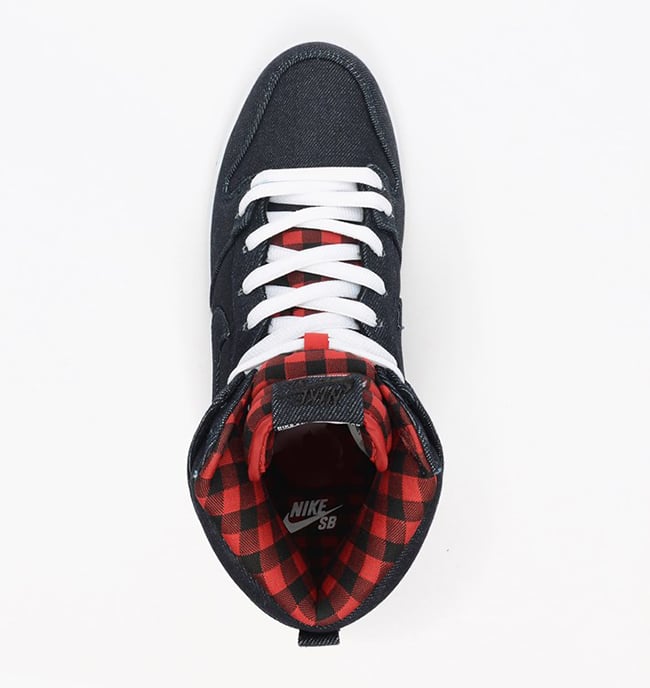